A few years ago, the German Constitutional Court had to rule on the significance of stable majorities in the European Parliament. Such majorities were not terribly significant, was the conclusion reached by the Court – at least not important enough to justify a three percent threshold for elections to the EP, laid down in German federal law. Under the constitutional conditions of the moment, the Court explained, the formation of a stable majority was not needed in the EU ‘for electing and continuously supporting a government capable of acting’.

These past few weeks, a crisis has been unfolding in Brussels and Strasbourg that may turn out to be an interesting test case for the German Court’s analysis. This crisis began when Martin Schulz announced on 24 November that he will step down as president of the European Parliament. Schulz was said to form the ‘glue’ which held together Commission president Jean-Claude Juncker’s ‘grand coalition’ –  a bloc consisting of the European People’s Party (EPP) and the Socialists and Democrats group (S&D), which together control a majority in the European Parliament.

Shortly after Schulz’ announcement, this edifice started to show serious cracks, in particular when S&D leader Gianni Pittella proclaimed that he makes a bid to succeed Schulz. Under a power-sharing agreement between the EPP and S&D concluded in 2014, Schulz was supposed to be succeeded by a candidate for the EPP. Pittella’s bid for the Parliament’s chair was greeted by many within his party, who feel the grand coalition constitutes too much of a straightjacket. In the analysis of these MEP’s, what the European Parliament and European Union need today is less paralyzing management and more room for real political debate, during which natural political partners can find each other.

What about the Spitzenkandidaten Process?

This may sound like a sensible aspiration. Yet it also sits uncomfortably with a resolution that the European Parliament overwhelmingly adopted in 2012. In this resolution, Parliament urged political parties to embrace the Spitzenkandidaten process – the well-known arrangement according to which parties nominate candidates for the Commission presidency in the run up to elections. The EP expected this process to lead to a politicization of its relationship with the Commission. At the time, it was apparently concerned about this prospect. For Parliament subsequently called on the Member States to establish appropriate thresholds in their electoral laws regarding European elections, so that ‘reliable majorities’ could be shaped.

How to explain this sudden change of heart? No doubt, it has to do with changed realities during the past five years. The EU has become an embattled fortress, which is in desperate need of legitimacy. Less straightjacket and more politics in the relationship between the Commission and Parliament may seem a way to enhance this legitimacy. Yet there is also something short-sighted about this assessment. Let’s not forget that the Spitzenkandidaten process should be seen as an attempt to remedy the EU’s legitimacy problem as well. Unlike the MEP’s who today take aim at Juncker’s grand coalition, however, the majority voting for the resolution in 2012 did not primarily seek the desired legitimacy in a politicization of the EP’s relationship with the Commission. Instead, it wanted to politicize the relationship of both the EP and the Commission with the Member States and the institutions in which the latter are represented.

Whether the Spitzenkandidaten process has been successful in achieving this aim, depends on which standards are applied. Listening to Juncker in his State of the Union of this year, one cannot help but detect a more subdued tone vis-à-vis the Member States than in previous statements. Even so, however, Juncker again stressed something that has been one of the centrepieces of the Commission’s policy since assuming office in 2014. That is, that Juncker, as a result of his election to the presidency as a Spitzenkandidat, feels entitled to lead a ‘very political Commission’, which does not have to fixate on automatically applying rules and may pursue the general interest of the Union when the occasion calls for it. So, even if there may not be many fruits to reap, the Spitzenkandidaten process was at least successful in facilitating the claim of a more assertive executive.

The current crisis demonstrates that facilitating this claim has come at a cost. In order to obtain any leverage over the Member States to conduct a legislative policy of his own, Juncker needs a united front in the European Parliament. Martin Schulz was able to deliver on this. The ensuing irritation among MEP’s may partly be attributed to the style of Schulz as a politician – his behaviour has sometimes been likened to that of a sun king. Yet it also seems inevitable that the presence of a reliable parliamentary majority will stifle an open political debate. Parliamentarians who supported the 2012 resolution must surely have realized that. (As it turned out, many political deals were apparently struck by the G5, an informal gathering of the most senior figures of the EPP and S&D in the EP and the Commission.)

No Matter of Survival for the Commission

Now let us return to the German Constitutional Court’s decision. Does the backlash against the grand coalition after Schulz’ announcement undermine or rather bolster the Court’s analysis regarding the significance of stable majorities in the European Parliament? Prima facie, one may be tempted to conclude that it undermines this analysis. After all, the Spitzenkandidaten process has created an institutional dynamic that is seriously threatened when the Commission is not able to rely on a steady support by a majority in Parliament. Already struggling with its institutional role, a collapse of the coalition between the EPP and S&D could cripple any remaining efforts by the Commission to act as a truly political body. In 2019, this may even lead the European Council to retract its support for the EP’s interpretation of Article 17(7) of the Treaty on European Union (which constitutes the legal basis of the Spitzenkandidaten process).

Interestingly, although the EP elections had yet to take place, the German Court already considered the impact of the Spitzenkandidaten process in its judgment. Indeed, the 2012 resolution constituted the background of the federal statutory provision that was contested before the Court. However, this did not convince the Court’s conclusion that a stable majority was needed in the EU for the election and continuing support of a government capable of acting. When formulating that criterion, the Court clearly thought of what is often regarded as the pinnacle of the parliamentary model of government: i.e., the rule that a government needs to command a majority in parliament if it wants to continue in office. While the EP’s power of investiture is exercised by a normal majority (Art. 17(7) TEU), the Commission does not need to rely on a majority in Parliament to be able to continue in office. Instead, Article 234 of the Treaty on the Functioning of the European Union requires a motion of censure to be carried by a two-thirds majority of the votes cast.

Thus, what is perhaps most revealing about the current crisis between the two coalition partners in the EP, is that this crisis does not immediately prompt the question whether the Commission can survive. The fact that it does not, in turn, may explain why S&D leader Pittella felt little restraint in questioning the continued use of the coalition and in breaking the pact with the EPP regarding the presidency of the Parliament. Pittella did not incur any major expenses when he did these things – not the expense of ending the term of the present Commission, but also not the expense of ending the term of his own Parliament (as is common in a parliamentary system when a government collapses). In parliamentary systems that are more mature than the EU, the risk of these expenses usually prevents governments and coalitions from falling apart.

In the final analysis, what both set of arguments show, is that the European political system, due to the constitutional innovation of the Spitzenkandidaten process, finds itself in an in-between situation that is difficult to manage. Essentially, the process has created a climate in which the politicization of parliamentary-executive relations is in need of restriction but can never quite be controlled. The obvious solution to this problem – turning the qualified majority requirement in Article 234 TFEU into a normal majority requirement – is not very realistic given the current mood in the EU and would moreover not remove all obstacles to a fully-fledged parliamentary system. (In addition, there is the issue of the composition of the Commission, which will normally not adequately reflect the political colours of the coalition partners in Parliament.)

Assuming a threshold in national or European election laws is not a viable solution either, this therefore commits the political parties in the EP to the current practice of institutional horse-trading. As the current crisis shows, such pacts can be fragile and will likely depend on personal relationships. MEP’s may not find this very appealing. Yet they should be careful what they wish for. If one wants to hold on to the Spitzenkandidaten process and be serious about it, this may be as good as it gets.

DOWNLOAD PDF
LICENSED UNDER CC BY NC ND
SUGGESTED CITATION  van Rossem, Jan Willem: The End of the Grand Coalition and the Significance of Stable Majorities in the European Parliament, VerfBlog, 2016/12/14, https://verfassungsblog.de/the-end-of-the-grand-coalition-and-the-significance-of-stable-majorities-in-the-european-parliament/, DOI: 10.17176/20161214-095537. 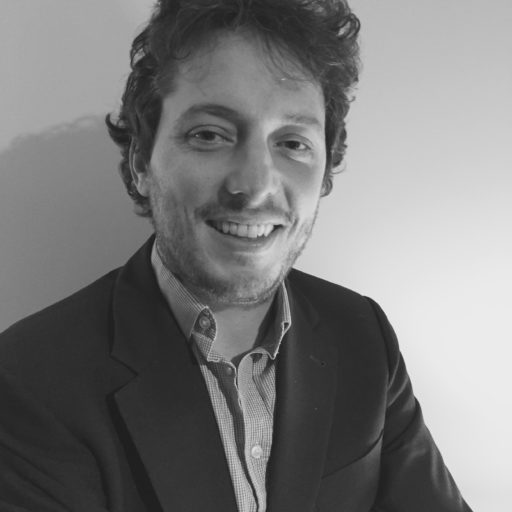