The EU, Segregation and Rule of Law Resilience in Hungary

The legal and political consequences of the Hungarian government’s campaign against an appeal judgment which ordered the payment of compensation for school segregation can reverberate across the EU, because of the ubiquitous nature of segregation. Should the Hungarian government prevail, the case may negatively impact the integration of minorities in other Member States as well, particularly if the European Commission fails to increase its efforts to enforce the Racial Equality Directive.

The Gyöngyöspata compensation case is set in a small town in the extreme right’s stronghold, an hour drive to the East of Budapest. The local school separated Roma students from the non-Roma for decades by limiting the movement of ethnic minority children to the ground floor, denying them entry to the swimming pool and providing lunch separately.

Pursuant to representative action by the country’s emblematic desegregation NGO, the Chance for Children Foundation (CFCF), the Supreme Court found in 2015 that the school in Gyöngyöspata had been segregated in violation of Article 10(2) of the Equal Treatment Act, following which the organisation launched action for compensation on behalf of Roma students. An appeal judgment granted EURO 300.000 to 60 segregated Roma children. Review before the Supreme Court is currently pending but given that segregation is res iudicata, the Gyöngyöspata compensation case rests on rock solid ground, foreshadowing another legal defeat for Orbán.

To win the case politically, the government initiated a campaign that seeks to divide and rule between the plaintiffs and the NGO based on fake news and innuendos. Meanwhile, the prosecution is reviewing CFCF operations just now, which may of course be a mere coincidence. Even though previous prime ministers had not been innocent when it comes to associating ‘the Roma’ with ‘genetic’ criminality, Orbán has outdone them by linking ‘idle’ Roma children with convicted criminals in overcrowded prisons to appease the public’s ‘sense of justice’. The propaganda machine has fabricated tales about the savagery of Roma children in Gyöngyöspata in order to make a case for a school police and the government is set to launch a national consultation on whether the compensation for segregation and prison overcrowding is fair. This expensive populist move is intended to undermine the legitimacy of the judiciary and compensation for moral damages that has given fundamental rights litigation clout since 1994. For instance, compensation for school segregation was first granted in 2001.

The controversy is rooted in the Europeanisation of equality and non-discrimination, a development that progressive forces seized upon to ‘over-transpose’ the 2000 non-discrimination directives and build the EU’s – and probably the world’s – strongest legislative and policy framework prohibiting segregation in education. Desegregation policies addressed disability and socio-economic situations, rather than ethnicity directly. Since 2004, CFCF has successfully challenged ethnic and socio-economic segregation at class, building and school level, segregation in special schools for the mentally disabled (Horváth and Kiss v Hungary) and the denial of enrolment in integrated schools.

The policy has been dismantled, but the Equal Treatment Act and jurisprudence are still in place, bearing witness to the resilience of the rule of law and the compliance pull of EU legislation. The Orbán government’s vision of education, allegedly sketched on a napkin, is modelled on the Prime Minister’s childhood, the 1960s centralised communist system. Centralisation could have facilitated desegregation, instead, however, illiberalism’s great achievement has become the obliteration of desegregation policy and infrastructure.

Legal action bolstered desegregation until 2011, and stalled legislative backsliding ever since. These factors explain the political counter-mobilisation that instrumentalises the government-held media and loyal journalists as poor substitutes of courts and judges. Orbán’s opposition to the Gyöngyöspata compensation case bears witness to the potentials of ‘good’ law and an independent judiciary even in an illiberal state that openly disfavours the rule of law and regularly denies justice to the most vulnerable social groups.

Insufficient tools and action on all European levels

The European Commission has taken half-hearted efforts to stem segregation in Eastern Europe, treading with caution for legal, but also for political reasons. Legally, the prohibition of segregation and the scope of protection are unsettled. Politically, action against racism does not seem to be a priority for the present Commission that focuses on gender equality and has not yet publicly committed to using its legal powers to spur the enforcement of EU anti-discrimination law. It is uncertain whether racism against the Roma in the East and against minorities, such as Muslims in the West would be treated with equally strong commitment.

The EU lacks competence over education, yet, it does have competence when it comes to racial or ethnic discrimination in the field of education, pursuant to Article 3 of the Racial Equality Directive. EU law does not explicitly prohibit segregation under the Racial Equality Directive, even though segregation is specifically mentioned by the 2013 Council Recommendation on effective Roma integration measures. EU funds have been used to maintain segregated schools, therefore the Commission issued Guidance for Member States on the use of European Structural and Investment Funds in tackling educational and spatial segregation in 2015.

As argued in the report on Racial Discrimination in Education and EU Equality Law (co-authored with Dezideriu Gergely and set for publication next week at www.equalitylaw.eu), consistency across EU legal instruments and international treaties that bind Member States is key to resolving the conundrum. In the authors’ view, this necessitates that relevant UN treaties are brought to bear on judicial interpretation. The International Convention on the Elimination of All Forms of Racial Discrimination (ICERD) prohibits segregation as an ipso iure form of discrimination, allowing only one exception, namely genuine and temporary positive action measures. ICERD is ratified by all the Member States, thus rights guaranteed by it should not be restricted, pursuant to the Charter of Fundamental Rights of the EU (Article 53).

Given the key role of the European Convention on Human Rights and the Strasbourg Court’s jurisprudence as the benchmark of fundamental rights protection in the EU, it is troublesome that Strasbourg case law on school segregation is not in line with the relevant UN treaties. Theoretically, it permits the reasonable justification of segregation, in practice, however, none of the justifications presented in the ‘Roma education cases’ have ultimately been permitted by the Strasbourg Court, rendering segregation de facto unjustifiable. Simultaneously, however, as recently in Hungary, national courts may use the Strasbourg case law to ‘read down’ national or international law as concerns justifications, thus diluting protection against segregation.

Segregation in education is explicitly prohibited in just a handful of Member States, being considered under direct or indirect discrimination in others, which generates justification troubles highlighted above. Distinguishing between the two forms of discrimination seems problematic, particularly when less favourable treatment is based on the proxy categories of racial or ethnic origin, such as minority language, an issue brought to the fore by the Orsus and Others v Croatia judgment. Jurisprudence is not yet settled because identifying the group subjected to less favourable treatment is cumbersome. Even though they constitute a homogenous group in terms of non-native ethnicity, students may come from diverse ethnic backgrounds. Analysing the way in which xenophobia constructs the ethnically ‘native’ and ‘non-native’ groups in these cases would be desirable, particularly in light of the CJEU’s unsettling judgments in Jyske Finans and more recently, in Heiko Jonny Maniero. These rulings show that even a well-intended, yet misplaced focus on self-identification can frustrate access to effective judicial protection.

The NGO campaign for desegregation following the D.H. and Others v Czech Republic ruling prompted the European Commission to launch infringement proceedings against the Czech Republic, Slovakia and Hungary between 2014 and 2016.1) In order to boost enforcement, the Commission adopted a Recommendation on equality bodies in 2018. However, the EU lacks legislation on the most viable ways in which discriminated groups can access justice while the 2013 Commission Recommendation on collective redress does not require Member States to make representative standing easily available. It is yet to be seen whether at the hands of the Commission the European Parliament’s initiative to (financially) support the defenders of fundamental rights would extend to the promoters of racial equality. As it is, like other Roma rights NGOs in the East, CFCF may fold after the Gyöngyöspata compensation case, due to the lack of funding.

Orbán’s pledge to defy court orders on the one hand, and review of desegregation legislation on the other brings the Gyöngyöspata compensation case under EU anti-discrimination law, which requires that – as a minimum – Member States provide for compensation in case of racial discrimination. The case exposes the shortcomings of EU law, while stirring up European politics, which has to date treated segregation as an exotic Eastern problem. Under criticism, Orbán, the EU’s enfant terrible, may turn the table on Western member states as he did during the refugee crisis by calling his critics hypocrites.

Not least because of that, the European Commission should do more for racial equality and integrated education. One prerequisite would be more financial and expert resources and a strong political commitment. The fact that infringement proceedings concerning segregation target three Eastern Member States is worrying because this can create a false image about the fate of minorities in the West, while unjustifiably shaming only countries in the East. These inconsistencies are partly due to waning political commitment at the core of EU governance. This of course contributes to Orbán’s impunity and his despicable behaviour that hurts a Roma community today but saws the seeds for violent racism and nationalism tomorrow.

Explore posts related to this:
Discrimination, Minorities, Rule of Law 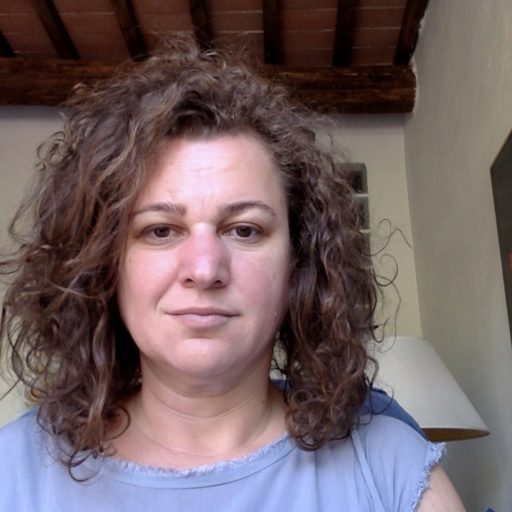 Lilla Farkas Lilla Farkas is the race ground coordinator of the European Network of legal experts in gender equality and non-discrimination.

Explore posts related to this:
Discrimination, Minorities, Rule of Law