The First Live-Broadcast Hearings of Candidates for Constitutional Judges in Slovakia: Five Lessons

In 2019, Slovakia selects nine out of thirteen constitutional court (SCC) judges. The selection process takes place a few weeks before the election of the president, who is the key figure in appointing the justices.

As reported earlier, the constitutional reform of the appointment model largely failed in the fall of 2018. However, the nuts and bolts of the process ultimately bore fruit via the approval of a new Act on the Constitutional Court (314/2018 Coll.) that amended a few provisions of the Act on the Rules of Procedure of the National Council (350/1996 Coll.) as well. One novelty of this legislative piece is the requirement of publicly broadcast hearings of the candidates for the nominees for the vacant seats before the Committee on Constitutional Affairs (CCA) of the Slovak National Council (§ 116a secs. 3, 6). Additionally, all MPs (not only the members of the CCA) as well as nominees of the Slovak President have the right to ask questions.

These provisions set the stage for hearings of forty candidates nominated by eligible institutions that covered three full days and more than thirty hours of footage. The transparency and publicity of the hearings was clearly improved by this move; yet, the atmosphere of the hearings and the overall context of the 2019 appointment process yield at least five, and not that optimistic, lessons.

One: Partisan background conducive to the level of attention paid to the candidates

The pool of candidates is diverse – it includes a former judge of the European Court of Human Rights (ECtHR), a judge of the SCC in the 1990s (who can avoid the prohibition of re-election introduced by the constitutional amendment in 2001), an active coalition MP (who sat on the CCA until his voluntary recusal at the beginning of the hearings), a former MP and political party leader, the President of the Supreme Court, several judges of general courts, associate professors of law, counsellors or external advisors of the SCC, attorneys, an executor or a director of a state agency.

Yet, by far the most attention was granted to the longest-serving Prime Minister in the country’s history, Robert Fico, who lost his seat after a myriad of scandals last year, and who now attempts to become the President of the SCC. The other candidates with current or former partisan background received disproportionate media attention as well even though a major daily newspaper prepared short profiles of each candidate. Other candidates with partisan ties outperformed those without them in media attention as well – just another reason for avoiding the concentration of selection for many vacant seats (a proposal that did not even make it to the unsuccessful constitutional amendment last fall).

Two: Unclear or formalistic procedures undermining the legitimacy of the outcomes

The emphasis on observing the formal procedures is essential in a democracy. However, a fundamental constitutional principle requires adopting an equal and non-discriminative approach to the applicants for the same position. The CCA had an uneasy task where (1) the Constitution stipulates a requirement of fifteen years of legal practice (Art. 134 sec. 3), (2) there exists a resolution (pp. 36-37) of the CCA from 2006 that defines as legal practice only such forms of employments or service that require exclusively a graduate degree in law, (3) Dr. Fico, the most partisan candidate, did not demonstrate the qualification defined this way, and (4) one of the candidates did not appear before the CCA sending a confirmation about her hospitalization. An additional complication emerged with one of the CCA members having recused himself due to his own candidature, bringing the number of voting CCA members to an even one (12).

This setting was destined to produce contentious situations as the opposition members of the CCA demanded the exclusion of Robert Fico who had not demonstrated exactly fifteen or more years of legal practice, interpreted through the lens of the 2006 CCA resolution. Given that the number of coalition and opposition members was the same, the CCA did not approve any resolution with respect to Dr. Fico’s eligibility albeit it was required to do so, spurring a new debate among policymakers and constitutional lawyers alike, while delaying the vote on the candidates in the plenum (while the term of the judges in office expires on 15 February).

Furthermore, the CCA approved by 12 votes to 0 the eligibility of all other 39 candidates, including the one who did not appear at the hearings. By approving the absent candidate instead of at least requiring an additional hearing, the CCA sent a signal of the hearings not at all being important for its decision-making. The CCA’s formalistic attitude in Dr. Fico’s case combined with one considerate to the candidate’s personal circumstances in the case of the absentee (a regional court judge with several at least questionable decisions while in the position of a district court president) is bound to challenge the legitimacy of the CCA’s decisions.

Three: An inductive approach to questioning that tells little about candidates’ legal philosophies

Several media outlets used the phrase of ‘grilling’ the candidates during the CCA hearings. On the one hand, there is clearly an improvement from the earlier hearings which received very little attention. On the other hand, most of the questions could either have been expected by the candidates because they were linked to those of their activities that made at least some headlines, or they appealed to those areas of their expertise that they possessed. For instance, the former judge at the ECtHR received almost all questions in relation to the jurisprudence and his work at the ECtHR; some other candidates received hardly any questions pertaining to their understanding of the case law of the Strasbourg court.

Hence, content-wise many questions posed at the hearings were easier than a regular exam in an advanced constitutional law course. Moreover, with a few exceptions they did little to find out about the candidates’ standing on contentious constitutional questions such as the mission of the SCC, the development and overruling of constitutional doctrines or the conflicts between fundamental rights. The justification of one of the CCA members for this technique makes sense: with the little known candidates the hearings serve the purpose of learning basic facts about their work, especially if their CVs and motivation letters did not provide many details.

At the same time, broader questions asking the candidates, for instance, to identify legal thinkers who had the greatest influence on their thinking about law and justice, or to discuss their understanding of the relationship between various types of legal interpretation, could have told us much more about both the candidates’ qualification and personality without extending the length of the hearings. A holistic approach also suffered a blow because some of the questions going in this direction that a respected NGO included on a recommended list of questions were largely avoided by the MPs as well as the Slovak President’s representatives.

Four: Hearing of the interlocutors, not just the candidates

As the 2019 Slovak example shows, live broadcasts of hearings like this one are informative with respect to the qualification and expertise not just of those who answer but also of those who ask. Opposition MPs dominated the hearings even though many candidates could have either been perceived as closer to opposition parties or as neutral to partisan divides. Normally, it would be expected that coalition MPs will be active in asking questions from these candidates, if for no other reason than to demonstrate their own qualification as CCA members.

This did not happen: except for the (coalition) chairman of the committee who asked a few candidates about the material core of the Slovak Constitution, a question discussed in domestic constitutional discourse, coalition MPs remained almost entirely silent. As the CCA usually comprises the legal experts from among the MPs, the hearings painted a public bleak picture about the coalition parties’ capacities to attract such experts (or at least individuals interested in constitutional law questions) among their ranks. By not participating in the questioning, they were ‘outsmarted’ even by the representative of the far-right (opposition) party who just kept repeating questions about same-sex marriages, Slovak sovereignty and refugee quotas to almost all candidates but still appeared as one of the more active committee members.

Five: Democracy not in the spotlight

Indeed, these questions on ‘moral, ethical’ issues, as they were frequently labelled by the MPs who asked them, were among those most telling about the individual profiles of the candidates. The candidates can be broadly divided into three groups: those who used arguments from constitutional law to justify the evolutionary conception of human rights, those who avoided a direct answer on these questions due to fear of being considered biased as a constitutional judge if such a question arose, and those who used a mixture of constitutional and ideological reasons to defend various restrictions on family rights and the right to privacy.

No candidate could be considered sufficiently qualified just based on the answer on these questions; nevertheless, some of the replies provided an insight of who does not have an ability and/or willingness to engage with this subject from the perspective of constitutional law. This is notably the case of Dr. Fico who, instead of engaging in any substantive reasoning, labelled the adoptions by same-sex couples ‘a small perversion’.

Ultimately, the shortest questions are sometimes the hardest, but their investigative power should not be underestimated. Seemingly simple questions asking for the candidates’ understanding of law as such, of justice, the rule of law, separation of powers and, most comprehensively, democracy, could have generated a better understanding of their legal and personal background than some inquiries on specific cases they had dealt with in the course of their career.

The hearings are not useless

This evaluation might seem excessively critical given that this was a ‘first try’ of a relatively infrequent practice in a comparative perspective (one that is not used even by the ‘Central European model’ for constitutional courts, the German Bundesverfassungsgericht). As far as the hearings allow to portray the candidates for constitutional judges both as experts and humans with an own understanding of justice, they are beneficial for bringing the SCC closer to the public at large and can be recommended as best practice in appointment procedures of constitutional judges. That said, the suggestions voiced in the Slovak discourse so far centered on the need to consider time limits for the candidates’ introductions and as such merely scratched the surface of possibilities for thorough and critical hearings that uncover the pillars of the candidates’ legal thinking. 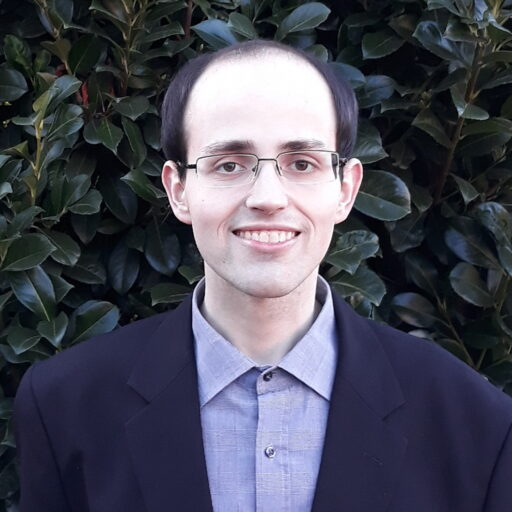 Other posts about this region:
Slowakei 2 comments Join the discussion
Go to Top