During his campaign for the Brazilian presidency, Jair Messias Bolsonaro has already given signs that he could become a prominent example of the growing worldwide populist belt. His continuous disrespect towards political institutions, human rights and the free press poses serious threats to the democratic process, presenting the characteristics of an illiberal democracy. This circumstance alone should lead to ample concern about an ongoing democratic decay if it was not for the outbreak of the COVID-19 pandemic, which exposes another disastrous element of his government: its illiteracy, meaning its denial of science and scientific evidence.

Brazil is suffering under the pandemic, while the president mocks about its seriousness (mis)governing the largest country in Latin America through this kaleidoscopic crisis, by simply denying scientific evidence.

Without disregarding the democratic issues, which deserve detailed attention by legal scholars and political scientists, this post aims to scrutinize Bolsonaro’s response to the pandemic through another perspective, namely the human right to science, trying to shed some light on the possible legal parameters it may offer.

The Coronavirus in Brazil

Since the outbreak of the pandemic and amidst of a political and economic crisis, Bolsonaro officially keeps minimizing the risk of the virus, affirming it causes just a “little flu”, attending to public events (demonstrations against the lockdown, against the Parliament and the Supreme Court, claiming the return of the military regime), speaking to crowds and even touching and coughing on people on the streets. Two ministers of health left one after the other in less than a month due to disagreements with the president on how to combat the virus. Against medical evidence and expert advice, the president ordered the military laboratory to increase the production of hydroxychloroquine, asserting its effectiveness against COVID-19.

In this context, there have been some normative answers to the pandemic. A federal statute, Law n. 13.979/2020, was enacted to discipline the public health emergency situation caused by the spread of the coronavirus. This statute covers a wide range of matters, among others it authorizes sanitary and health measures (such as quarantine, isolation and compulsory testing), settles the parameters for restricting public activities, creates exceptions to public procurement requirements and to the open file principle. The statute was followed by two federal executive decrees (Decrees n. 10.282/2020 and 10.329/2020), in which the president defined the essential public services and activities. To deal specifically with budget requirements, in order to enable the allocation of financial resources against the pandemic, the Parliament adopted the Legislative Decree n. 6/2020. In addition, the president enacted the Provisional Act n. 936, authorizing the temporary suspension of labour contracts, reduction on working hours upon salary cuts and stipulating the payment of an emergency allowance.

Meanwhile, regardless of these normative instruments, there is no implemented national health or sanitary strategy against the coronavirus. Relying on a decision of the Supreme Court that reassured their competence, regional and local authorities are enacting and enforcing their own disciplines, including the imposition of various lockdown measures. Despite of being highly needed – as stated by 24 governors in a letter addressed to the President asking for support – some of these local strategies bring up major constitutionality issues. The absence of unified, science-based state action against the pandemic is devastating the Brazilian society and turning the Brazilian people into one of the biggest victims of COVID-19 in the world.

The Human Right to Science

Therefore, the COVID-19 pandemic seems the perfect time to explore the right to science, in defiance of the undeniable difficulties to enforce International Law norms, especially human rights norms in a global context of growing populism and economic crisis.

Departing from the Universal Declaration of Human Rights (UDHR, article 27) and the International Covenant on Economic, Social and Cultural Rights (ICESCR, article 15), which explicitly establish the right to enjoy the benefits of scientific progress and its applications, it is possible to approach the normative content of the right to science. It encompasses the right of individuals to enjoy the benefits of scientific and technological advancement and the right of scientists to freely conduct science and to have the results of their work protected.

Although the right to science is not enshrined in the Brazilian Constitution as an explicit autonomous fundamental right, the constitutional open clauses (article 5, paragraphs 2 and 3) assure its recognition in the national legal order, especially because it is protected by the ICESCR and the American Convention on Human Rights. In addition, many constitutional provisions impose obligations on the state regarding science (articles 23, V, 200, V, 218) and have been called upon in relevant rulings by the Supreme Court (e.g. abortion, stem cells, homeschooling). Hence, there is enough normative grounding to assert that the right to science is domestically binding in Brazil.

The first aspect that springs to light in the face of the pandemic is the obligation of states and governments to actively protect life and health according to science, to take measures to address the pandemic based on scientific evidence, to avoid  the spread of the disease and to adequately treat affected persons. Further developments should lead to fostering scientific research and international collaboration aiming to develop and produce a vaccine and sketch strategies for preventing and fighting other pandemics. These active aspects of the right to science should not obscure that it also entails the prohibition to states and governments to act or refrain from acting against scientific knowledge and evidence.

Possible Legal Implications of the Right to Science

One could reckon on common sense to affirm that scientific knowledge and expertise must be the grounding reason for political responses to the pandemic, without disregarding democratic processes. Yet, in a world inhabited by freely elected leaders such as the Brazilian and the North-American presidents, common sense will not suffice, a legal argument must present itself.

Even in the face of the facts already known about the coronavirus, which claim for urgent action, the obscurantism of Bolsonaro’s government – illustrated by the contestation of the evolution theory, global warming, and threats against universities – does not dim. On the contrary, the president seems to disregard science as strongly as he disdains the democratic institutions.

The matter must be approached with caution. It is not the case to advocate an epistocracy or a technocracy, neither to allow experts to take the place of democratic elected officials in making public decisions. After all, science is subject to bias, falsification and error and requires constant development, often not being able to offer incontestable answers to complicated societal challenges.

There are many debatable issues concerning the public health aspects of the pandemic, e.g. the role of children in spreading the virus, when and how to ease the lockdown measures or the use of mouth-masks. In addition, the economic impact of the pandemic raises other relevant questions; many rights depend on the economy. Furthermore, different national contexts may ask for diverse strategies.

One thing, however, is clear: The pandemic urges state and global action. A virus and the disease it causes are not essentially a matter of political opinion or ideology, they are a scientific subject. Nonetheless, a pandemic claims for political action.

Relying on scientific advice, democratically legitimated authorities should take their decisions and implement the actions needed. States’ strategies and choices should be made public and transparent, subject to control by political institutions and by the public opinion, with the guarantee of free press and freedom of expression. It is vital that the political institutional debate continues as a foundational integral element of democracy, and that the urgent measures are tailored to fit constitutional requirements.

In addition to the possible domestic legal means to tackle this situation, addressing it with international binding instruments provides a complementary legal foundation, be it for the individual protection of human rights or from a public health perspective imposed by the pandemic, which simultaneously questions several aspects of globalization. The right to science can offer some legal parameters for what is expected from states and governments and what ought not to be accepted. Furthermore, the principle of due diligence, central in International Law, can be called upon to strengthen state obligations towards the coronavirus crisis.

It is important to note that the counter majoritarian appetence of human and constitutional rights, which essentially represent constraints on power, does not identify these rights with the actual populist threats to democracy. On the contrary, human rights and democracy sustain a necessary and dialectical relationship.

The dramatic situation in Brazil is not in accordance with the protection commanded by the right to science. Scientific evidence is boldly denied and is not being taken into account as ground for state action against the coronavirus; there is no national consistent strategy to face the pandemic. Besides, the lack of transparency and accurate information for the population is persistent and worsened by the president’s misleading use of social media and fake news.

From this brief argumentation, the question that arises concerns the possible implications of the right to science in Brazil. Assuming the right is domestically binding, it can offer the Brazilian Supreme Court a legal anchor to access  empirical findings and carry out the constitutional review of the normative answers to the pandemic. The principle of proportionality – namely as prohibition of deficient protection – and the right to health can be called upon to assist the task. This possibility, however, is not sufficient to confront the absence of national executive action or the measures taken in discordance with scientific evidence. Further elaboration towards the accountability of the Brazilian state’s reply to the pandemic could be developed departing from the International Law framework, as stated above. Internally, in a context of growing political instability, the right to science could provide Brazilian democratic institutions with means to address the situation from a legal ground. Ultimately, a response to Bolsonaro’s illiterate government can only be reached within the necessary conjunction of democracy and human rights.

Explore posts related to this:
Coronavirus, Populism, Right to Science 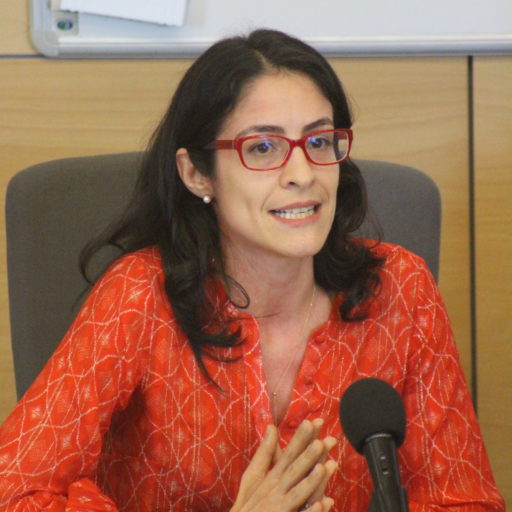 Explore posts related to this:
Coronavirus, Populism, Right to Science

Other posts about this region:
Brazil 1 comment Join the discussion
Go to Top