There is little doubt that the contemporary rise of populist forms of politics, especially those of the right, have targeted immigration as a key issue – and, more generally, political parties of left and right have responded to, and often stoked, perceived public concerns (however ill-founded) concerning immigration through efforts designed to highlight and demarcate the privileges of citizenship. In his timely response to this phenomenon, Liav Orgad aims to offer an account of majority rights that is, he thinks, missing from contemporary political theory and that can differentiate justifiable and unjustifiable ways in which the majority culture can defend its dominant standing and, hence, the rights it should (and should not) possess.

But why should the ‘majority culture’ have any such rights? To explain this point, it is important to note that Orgad is not offering a nationalist argument but rather proposes a narrow defense of majority culture, where this ‘majority’ is specified in terms of its legal acceptance of a constitutional identity. His focus is, he tells us, on constitutional essentials; it is ‘only on core constitutional principles, the basic structure, and, exclusively, on those principles that are essential for citizenship in a given state’ and, further, ‘the majority culture must be just, in light of the state’s circumstances; not every element of it is to be defended.’ By ‘majority rights’, he means ‘that the cultural interests of the majority [those characterized by legal acceptance of the constitutional essentials] should be protected by law – that is, recognizing that some aspects of the cultural interests of majorities, in some cases and subject to some limitations, are a sufficient reason for granting privileges to the majority and imposing duties on others in order to secure those interests’. As a general thesis, this strikes me as rather worrying. Consider, for example, settler-colonial states such as Canada and Australia in which indigenous peoples reject the sovereignty of the state and regard its constitution as an instrument of domination. Are we to take it that the majority culture has a right to ignore such voices? Orgad can respond that such a right would only follow if the constitution was just qua indigenous peoples and point to an account such as Kymlicka’s liberal defense of national minority rights of self-rule within the state. But disagreement about justice is at the heart of this dispute – and, as indigenous scholars point out, the conventions of state justice and international law were established within the framework of European imperial projects and, they charge, liberal theories such as Kymlicka’s remain within this framework. The question of the justice of a constitution is no small issue here.

Having flagged this point though, we should note that Orgad’s main interest in proposing this thesis concerns immigration and naturalization. Thus he comments: ‘Majority „rights,“ in this context, means a plea to consider its needs and circumstances when determining its immigration absorption capacity, either as a justification for a certain policy or as an excuse for a deviation from a general legal norm – a form of mitigating circumstances.’

What exactly is being protected by these rights? There are two different kinds of questions:

The history of previous immigration flows, including the very large scale movements of the late 19th and mid-20th century, do not suggest that, given appropriate state integration policies, there is a credible basis for the belief that immigration flows generally support the undermining of just constitutional essentials. On the contrary, although often characterized by serious difficulties, the medium-term effects of incorporating immigrants may generally be conceived as producing moral learning effects and societies more attuned to just forms of citizenship. What if this supportive historical story does not play out with contemporary migration though? Would that legitimate varying immigration or naturalization policies? Only if we have reason to believe that there are not just and reasonable policies that would support successful integration. It would not, for example, be enough to point to failures of existing policies alone.

Following immigration flows, it may be the case that a differently just society may emerge, for example, one characterized by constitutional essentials that incorporate an acknowledgement of their multicultural composition. One way of thinking about Orgad’s proposal then is to ask whether, say, the majority culture of Canada would have been justified in adopting a more restrictive or more selective immigration policy in order to avoid acquiring the civic composition that entailed the acknowledgment of polyethnic rights? There are two points here. The first is that it is only though the immigration of culturally diverse groups that Canada has acquired the moral and political knowledge that led it to the idea that just citizenship laws require the provision of polyethnic rights. The second is that, even had Canada in the 1960s already possessed this knowledge, it is hard to see why that would serve as a justification for a selective or restrictive immigration regime. Orgad suggests that in determining the scope of majority rights, one factor is ‘the severity of the threat posed to the majority culture, the probability of it occurring, and its consequences’ but this cannot typically be specified in advance. What, if any, threat to the majority culture qua constitutional essentials occurs is highly dependent on the attitudes and policies adopted by the majority culture to the immigrant population.

But let us step back to consider the issue of ‘majority rights’ as a plea to consider a state’s needs and circumstances against the background of Orgad’s four paradigmatic cases of diminishing majorities, regional-minority majorities, minoritized majorities and victimized majorities. All of these circumstances generate prudential reasons for varying the immigration regime but do any of them generate a moral basis for a restrictive or selective immigration regime? I think that a case can be made for both regional-minority majorities and victimized majorities but only for these two cases. In the former, the moral case hangs on the historical relation and future threat. Thus, for example, Russian policy in the Ukraine provides a compelling basis for a moral case for Baltic states to be allowed to limit Russian immigration, although not to deny citizenship to their existing Russian minority. In the latter, the moral case hangs on the history and continuing fact of victimization. If a state is victimized by other states, then it can reasonably restrict immigration from these states where it has reason to believe that the migrants hold the victimizing attitudes. By contrast, the fact that an historic majority culture is diminishing or that a minoritized majority feels threatened clearly provide prudential grounds for considering their obligations to, for example, refugee flows to Europe but neither, it seems to me, offer a moral basis for varying these obligations. The relevant moral interest here appears to be that of migrants not to be subject to victimizing actions by the majority culture.

Orgad’s work is to be welcomed and he has, I think, raised an important theoretical issue and draws attention to the importance of reflecting on the effects of immigration and naturalization on the majority culture in the constitutional sense. However, his argument is one that I take to have limited practical scope – at least currently – in dealing with the demographic challenges raised by contemporary migration. 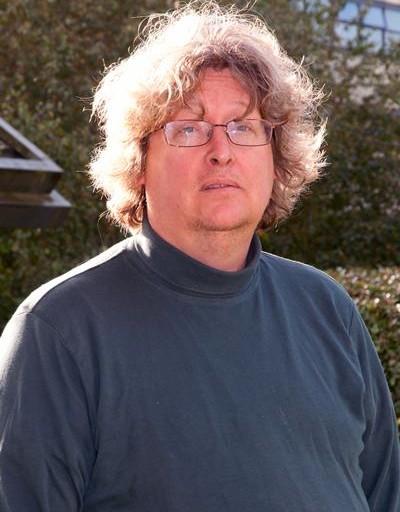