On January 8 2020, the Italian Constitutional Court gave civil society a voice on the issues discussed before it. The Court amended the regulations governing the conduct of proceedings before it and puts itself in a position where it is able take account of expert opinions as well as civil society stakeholders.

The Constitutional Court’s new openness is noteworthy, given that until now its attitude towards external materials (e.g.: contributions from third parties; doctrine; foreign law; international law and legal facts) has often been defined as informal, implicit and indirect. Because the Court has maintained this position for a long time, some commentators have defined the intervention of the “Unione Camere Penali” and the “Consiglio Nazionale del Notariato” (associations representing the general interest of the professional activities of criminal law attorneys and notaries respectively) in judgments No 180/2018 and 13/2019 as surprising. Scholars have seen in these pronunciations a possibility of opening up.

Although the Court has so far only published the press release of the decision some relevant features can be highlighted.

First, the Court has decided that, from now on, written opinions can be presented by all non-profit social groups and all institutional bodies representing collective or diffuse interests relevant to the issues discussed. The Court is therefore willing to hear from the so-called Amici Curiae: institutional actors/bodies, trade associations, NGOs.

Secondly, the Constitutional Court made changes regarding the intervention of third parties concerning incidental proceedings initiated by a court during civil, criminal or administrative cases. The range of potential intervenors will now be extended to other parties – in addition to the parties to the case and the Prime Minister (and the President of the relevant Regional Council, if a regional law is concerned) – provided that they have a valid and directly and immediately relevant interest in the decision. When appropriate, prospective interveners may also be authorised to access the case files of the constitutional proceedings prior to the hearing before the Court. It can be noted that these rules on intervention of third parties codified the Court ruling no. 194/2018.

Lastly, well-known experts can now be summoned by the Court if information in specific areas needs to be acquired. More importantly, these experts will be heard in chambers, in the presence of the parties to the proceedings and not behind closed doors.

The reason for the astonishment at the Court’s choices becomes clear when the initial background is taken into consideration. The literature on opening the proceedings of the Italian Constitutional Court mentions two main possible ways: either regulating the intervention of external parties or extending the investigating powers of the Court by adding a generic type of hearings. Since the Court had for a long time not given any sign of possibly opening up, these two options appeared as alternatives. The implementation of only one of the two seemed to be the maximum achievable result. Instead, the Constitutional Judges have well exceeded the expectations of the majority of scholars.

The judges’ flexibility in evaluating an intervention was the chosen solution, in line with trends in other countries. This is generally justified to avoid both an excessive workload for the Court and undue lobbying.

According to empirically in-depth studies on Amici Curiae, external materials in the form of legislative facts and elements of international and comparative law are the most frequent contributions by the Amici Curiae (E. Mak, 2013, Judicial Decision Making in a Globalised World, p. 120). Nevertheless, as Professor Tania Groppi pointed out, nowadays the real unresolved issue in Italy concerns the possible voluntary collaboration with external parties (Amici Curiae) (Groppi T. (2019), p. 371). Indeed, the logic behind the Court’s decision seems more participatory-representative rather than tied to a possible external contribution to the legal argumentation of the Court’s judgments. It tries to address the need for pluralism and could rather be seen as an attempt to give a voice to civil society. In fact, the title and the first sentence of the press release read as follows: “The court opens to hearing the voice of civil society. From now on, civil society too will be able to make its voice heard on issues discussed before the Constitutional Court.” This is also in line with the openness that the Constitutional Court has shown towards civil society in its projects outside its formal functions. Constitutional judges have visited Italian schools and prisons in recent years.

A complete toolbox instead of “narrow doors”

Academics who have dealt with this topic compare access to the Court to “narrow doors” but President Marta Cartabia has pointed out that in the past the Court has continued to receive informal requests for intervention and written pleadings from people with a general interest in a constitutional proceeding. This enabled people to reach constitutional judges and assistants and to informally contribute to the decision (Cartabia, M. (2017), pp. 9 ss.).

The need for a change regarding the participation of third parties was strongly felt by academics as well as constitutional judges themselves (as demonstrated, for instance, by the Seminar on “Interventions of third parties and ‘Amici Curiae’ in the assessing of the constitutional legitimacy of laws, also in the light of the experience of other national and supranational courts”, organized by the Constitutional Court on 18 December 2018). Today, the Italian Constitutional Court is faced with challenges reflecting major society concerns: climate change, the influence of new technologies on people’s lives and freedoms, the economic crisis and its impact on welfare, and the current political attack against some pillars of the rule of law. On the one hand, these radical changes require the judges of the Constitutional Court more frequently to consider specialist scientific knowledge which they are unable to acquire on their own; on the other hand, these changes make participation of civil society all the more important in order to ensure that their point of view as a stakeholder will be taken into account. Against this background, it becomes clear why the Constitutional Court has decided to follow the trends of other national and supranational constitutional to open litigation.

The Court seems to have finally decided to equip itself with a complete toolbox, not only by choosing between the methods of intervention, but also by regulating to hear well-known experts in chambers in the presence of the parties involved. The court has therefore chosen the “triple-track” route, identifying three separate kinds of intervention of external subjects, which are very different both in terms of requirements and in terms of guarantee and discipline.

To sum up, the Constitutional Judges, with a very simple and streamlined approach, have provided a manageable and less formalized regulation of the Amici Curiae, unlike the intervention of third parties, which naturally responds to the general principles of the right of the defence and due process. This, however, without renouncing to expand the Court’s powers of investigation. These tools can enable the Court to get a more complete picture of the points of view on the matter, as well as to acquire useful information. The Court would thus avoid both an increase in the workload and excessive exposure, which could ultimately prove to be more harmful, also in terms of legitimacy, than today’s “narrow doors” (De Visser, M. (2019), Procedural Rules and the Cultivation of Well-informed and Responsive Constitutional Judiciaries, in Barsotti, V., Carozza, P.G., Cartabia, M. e Simoncini, A. (eds.), Dialogues on Constitutional Justice. Comparative Reflections on the Italian Style, forthcoming). 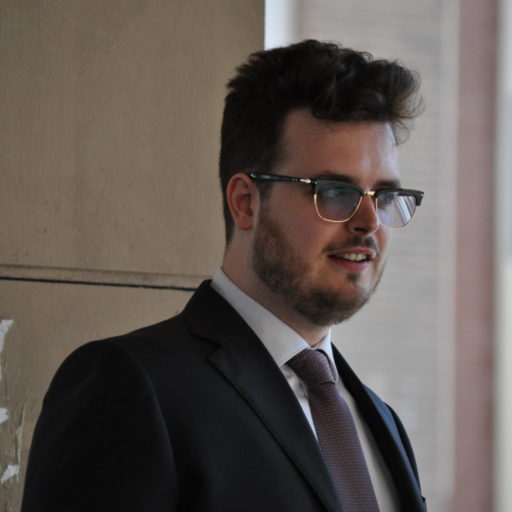 Other posts about this region:
Italien 2 comments Join the discussion
Go to Top