The Italian “No Jab, No Job” Law

While the world tackles the thorny issues of vaccine passports and “no jab, no job” policies, on April 1st 2021 Italy became (to the best of my knowledge) the first country to enact a law specifically prescribing COVID-19 vaccination for healthcare workers, with non-compliance entailing removal from healthcare activities or, when this is not possible, suspension from work and wage. This may appear as an infringement of the constitutionally protected right to health as a matter of self-determination. But in fact, given the case-law of the Italian Constitutional Court, the newly enacted obligation seems to meet the requirements of the Italian Constitution (article 32).

Italy has been hit hard by COVID-19, including its legal system (see here; see also the Italian contributions to this Intersentia online bundle and to this forthcoming legal atlas). The vaccination campaign has started officially at the end of 2020 and is currently ongoing. The first official step was a strategic plan adopted by the Health Minister in December 2020, which was also communicated to the Regions and discussed, and approved, by the Parliament. Subsequently, the 2021 Budget Law (no. 178 of 2020) gave a statutory frame to the program: under article 1, para. 457 ff., the program had to be approved with a ministerial decree and enacted by the Regions, under the supervision of the national Commissioner appointed for the emergency. Indeed, the December plan was re-issued, with updates, as a ministerial decree in January 2021, with further recommendations issued in March 2021. Until now, no explicit provision was made concerning mandatory vaccinations.

In the strategic plan, health care workers were listed among the first target groups for early vaccination (together with hospitalized seniors, and persons over the age of 80). The reasons given for the priority were the high risk of exposition and transmission of contagion, the need to preserve the resiliency of the healthcare system, and the principle of reciprocity, as assessed by the WHO Strategic Advisory Group of Experts on Immunization (see here).

However – even before the thromboembolic episodes in people vaccinated with AstraZeneca’s vaccine (now Vaxzevria) – a certain degree of vaccine hesitancy had been noticed also among health care workers, mostly due lack of trust in vaccine safety and receiving little or conflicting information about vaccines.

Consequently, as vaccinations gradually became available, a debate emerged both in the general public opinion and among lawyers whether existing legislation on workplace safety allowed, or required, non-vaccinated health care workers to be dispensed from service (see my forthcoming article in Quaderni costituzionali no. 1/2021). Many public and private employers struggled to tackle the problem, e.g., by putting reluctant workers on leave or on temporary unemployment benefits. On March 19th 2021, a Tribunal in Veneto issued an interim decision – the first of its kind, as far as I know – upholding compulsory leave for non-vaccinated personnel. Of course, this could only be a temporary and non-general solution.

The obligation and its enforcement

The National Government was quick to take the lead and give guidance. Decree-law no. 44 of 2021 (issued and published on April 1st) introduces several dispositions concerning vaccinations.

Article 3 shields health care workers from criminal responsibilities (for manslaughter and personal injury) which could otherwise be theoretically connected to vaccinations, on condition that they are administered in full compliance with marketing authorizations and official recommendations by the Health Ministry.

Most notably, article 4 prescribes vaccination (free of charge) for a broad range of health care workers, including physicians, nurses, chemists, and auxiliary workers; the vaccination becomes a legal condition for both professional practice, and work in healthcare services (para. 1). Exemptions are allowed only in cases of danger for personal health due to special clinical conditions, certified for individual patients by their attending physicians (para. 2).

Para. 3-7 set up a dedicated enforcement procedure: the lists of health care workers are transmitted to healthcare services, which subsequently invite professionals not already recorded as immunized to (1) either prove that the vaccination, although not recorded, has been administered, e.g. in another Region, (2) or request it, (3) or document individual impediments due to special clinical conditions. Health care workers must comply within 5 days, or the local healthcare unit will communicate the non-compliance to the relevant employers and professional associations.

After the communication, non-compliant health care workers must be removed from every activity entailing interpersonal contacts, or any other risk of contagion (para. 6). They may be employed in other positions, also of a lower level (in this case, with a correspondingly lower wage), if this is possible; otherwise, their employment is suspended without wage (para. 8). This arrangement may last as long as the vaccination is not administered, or until the national vaccination program is fully executed, but no longer than 31st December 2021 (para. 9). Further statutory amendments to the decree-law might change this date, naturally.

Separate provisions are made for frail workers who may not be immunized due to individual medical conditions: They may be transferred to different activities but are not subject to wage reductions (para. 10). Moreover, a specific protocol will be issued on preventive measures in professional practice (para. 11).

Decree-law no. 44 of 2021 has been submitted to the Parliament (AS 2167), which must decide on its transposition into law within 60 days (under article 77 of the Italian Constitution), and may also amend it.

The explanatory report, which accompanies the transposition bill, explains the constitutional foundations of this decision (see below), as well as its urgent political reasons: health care workers’ vaccination, together with the preventive measures to be applied in medical environments, protects not just the health care workers themselves but also contributes to protecting patients, to the defense of the efficiency of healthcare services and to general healthcare policies.

It is probably not a mere coincidence that the constitutional grounds for mandatory vaccination are extensively expounded in the report, with detailed references to the relevant case-law by the ItCC. Indeed, the current Justice Minister – responsible for the preparation of these provisions – is Marta Cartabia, former President of the ItCC, as well as rapporteur and drafter of an important ItCC decision, widely quoted in the report: judgment no. 5 of 2018 (also available in English translation), concerning 10 mandatory vaccinations imposed in 2017 through another decree-law, when it became clear that reluctance was growing, and coverage rates were falling, while a measles epidemic was taking place (see also a brief summary in the I·CONnect-Clough Center 2018 Global Review of Constitutional Law, p. 169).

This decision (also on the basis of a wide-ranging comparative law enquiry by the ItCC Research office) restates many principles on mandatory vaccination established by the ItCC case-law throughout the years.

Medical treatments, including vaccinations, are in principle subject to the principle of free and informed consent. Only exceptionally may they be imposed, through a specific national (not regional) law provision, provided that (cumulatively):

When it comes to vaccinations against infectious diseases, several constitutional principles – including self-determination – need to balanced, which leaves room for legislative discretion in choosing which tool to employ in any given situation: ranging from mere persuasion and recommendations to legal obligations (which in their turn may be assisted by a wide range of different sanctions).

This discretion must be exercised considering the various health and epidemiological conditions, as ascertained by the responsible authorities and of the constantly evolving discoveries of medical research.

Judgment no. 5 of 2018 also exemplifies how these principles may support a data-driven judicial review of epidemiological legislation: in that case, also the opinions expressed by several scientific and professional bodies and associations were taken into account, including the WHO as well as national and regional health authorities.

Moreover, in 2019, judgment no. 137 upheld a regional law, allowing health care workers not vaccinated against influenza to be excluded from certain hospital wards. The ItCC held that such a measure is just a way for the regional administration to fulfil its general obligations as an employer, in order to protect the safety of work environments.

Further constitutional guarantees would apply, if a treatment was to be forcibly administered. But this is not the case under decree-law no. 44 of 2011.

Decree-law no. 44 of 2021 is undergoing parliamentary scrutiny and may change. The Parliament could also launch further investigations, as it did in 2017 while transposing into law the decree subsequently upheld by judgment no. 5 of 2018.

First, the new obligation must be placed against its specific factual and legal background. On the one hand, although no comprehensive statistical analysis exists on vaccine reluctance among health care workers (and its impact on the epidemiological situation), several instances have been reported in the press, and legal controversies started to appear, at a critical juncture of the campaign and on the very first line of the fight against the pandemic. Waiting for more data to be collected and more controversies to accrue would have been a risky option. Naturally, «[n]othing prevents this choice from being reevaluated and reconsidered should conditions change», as «the medical and scientific knowledge that must shore up regulatory choices in the healthcare field» has an intrinsic «evolving dynamic» (see again judgment no. 5 of 2018).

On the other hand, although decree-law no. 44 of 2021 enacted new and specific provisions, as it was necessary under article 32 of the Italian Constitution, apparently it does not stray very far from general legislation on workplace safety. According to articles 42 and 279 of the relevant consolidated text (legislative decree no. 81 of 2008), when specific biological risks exist, the employer may either provide workers with vaccines, or remove them temporarily from exposed activities (and assign them to other jobs, if available). When viewed in this light, particularly with regard to the consequences of vaccination refusal, the emergency provisions in decree-law no. 44 of 2021 may be seen, to some extent, as just a special application and adaptation of general principles already present in the legal system.

Secondly, the new obligation is limited to specific professional categories and to the timeframe of the ongoing campaign. This double limitation was suggested in November 2020 by the National Bioethics Committee in its opinion on COVID-19 vaccinations.

Thirdly, and obviously, this piece of legislation must be considered taking into account all the other provisions which aim at ensuring the safety of medicines in general and vaccines in particular, pharmacovigilance, and compensation for exceptional adverse events caused by mandatory vaccinations (law no. 210 of 1992).

Therefore, in sum, there is little doubt that the planned vaccine obligation, in its current legislative form, would withstand constitutional scrutiny. Not a small feat in these times of political and constitutional uncertainty.

Explore posts related to this:
Coronavirus, right to health, vaccination 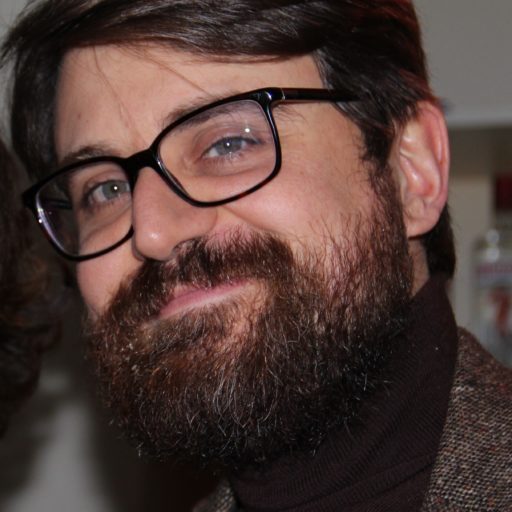 Explore posts related to this:
Coronavirus, right to health, vaccination

Other posts about this region:
English Articles, Italien No Comments Join the discussion
Go to Top