The National Security Strategy and the Zeitenwende in German Foreign Policy

Russia’s invasion of Ukraine on 24 February marks the culmination of a development that was rhetorically instigated by Vladimir Putin’s speech to the Munich Security Conference in February 2007, unleashed by the war in Georgia a year later, and forced by the annexation of Crimea and the shadow intervention in Donbas in 2014: the destruction of the cooperative security order in Europe. The NATO-Russia Founding Act and the Budapest Memorandum of 1994 have become de facto meaningless. In their place will be a more confrontational European security order based on deterrence and aimed at containing Russian imperialist aspirations. This rupture prompted Chancellor Olaf Scholz to speak of a “Zeitenwende” (“turning point”) on 27 February in the Bundestag. Foreign Minister Annalena Baerbock complemented the term in the same Bundestag session, explaining: „If our world is a different one, our politics must also be different.“

However, the world did not change on 24 February. The Russian regime had previously elevated the use of military force to a legitimate political tool, not only in Georgia and Ukraine. The second Chechen war lasted from 1999 to 2009, and the Russian military intervention in Syria has continued since 2015. Both wars were or are being waged by the Russian side with great mercilessness. But the return of the military to interstate conflict resolution is only one feature of the ”Zeitenwende”. There are two more: There is the instrumentalisation of dependencies and economic power to exert political pressure and coercion. China, in particular, but not only, has excelled in this area in recent years. The other is the use of disinformation and manipulation to influence public opinion and election results.

Of course, it can be argued that not only authoritarian states have used these means. NATO’s intervention in the Kosovo war in 1999 without a mandate under international law, Western sanctions against Iran, Russia, China, and other states, as well as the socio-political activities of European and American NGOs in many countries of the world are often cited as evidence that the US and the EU have made their contribution to this development. From a formal legal point of view, this argument may seem plausible, but in fact, there is a fundamental difference in motives and means. NATO’s military operation in Kosovo, which was intended to put an end to Serbia’s military aggression against an inferior opponent and sought to avoid civilian casualties, differs from a large-scale invasion with more than 150,000 soldiers and the destruction of cities such as Grozny and Aleppo, which primarily serve to stabilise an authoritarian regime or re-establish an empire. Sanctions to respond to breaches of international law and human rights violations and to curb nuclear proliferation are different from coercive economic measures that serve to enforce state claims to power. And the open, accountable promotion of democracy abroad by German political foundations differs from the bot-driven spread of fake news via social media.

Power projection through military force, coercive economic measures, and social destabilisation are the characteristics of the „new era“. Interstate conflicts are not fought out with the aim of balancing interests and finding compromises but serve to enforce the law of the strongest and break resistance. Great powers rival each other for access to raw materials and markets, technological superiority and standards, political influence, and spheres of influence. Increasingly superimposed on this classical configuration of power is a systemic rivalry between democracies and autocracies, market economies and state capitalism, individual liberties and collective obligations. This gloomy picture certainly overstates reality and carries the danger of a limited perception of complex international relations (see below). However, it is sufficiently realistic and possesses enough weight to require fundamental adjustments in German foreign and security policy.

It has been extraordinarily difficult for German political, but also for its economic and societal players, to realise this. Until recently, the predominant attitude was that military restraint, economic exchange, political dialogue, and a strong commitment to an international rule-based order were the best ways to assert the values and interests of a liberal society. This attitude is not only more than understandable against the backdrop of German history but has also been supported by experience since the early 1990s: No other country in the world has benefited as much as Germany from overcoming systemic differences after the end of the East-West conflict and from rapidly expanding globalisation – in form of reunification, the loss of Germany’s status as frontline state, peace dividends, export successes in ever larger markets and the establishment of global value chains. External threats to security seemed remote or at least not existential.

German politics, society and business are painfully learning to understand that a liberal democracy must be able to defend itself not only against internal enemies but also against external threats; that it is not only a matter of protecting individual security but also that of a state and its model of society. And they must accept that this defence implies additional costs and risk-taking. The turning point proclaimed by Olaf Scholz on 27 February is not so much about the current changes in the world. It occurred much earlier. Historians will argue about whether and if so, to which event it can be attributed. The real turning point of the past weeks concerns German foreign policy. The decision of the German government to supply weapons to a warring party in an interstate conflict, after it had previously blocked the transfer of already exported weapons, marks a real turning point in German foreign and security policy – even if German arms deliveries to crisis regions are by no means unprecedented. The same applies to the announcement to significantly increase the deterrent and striking power of the Bundeswehr through special funds and defence spending of more than 2% of GDP, after initially refusing to commit itself to the 2% target. But while this turnaround was long overdue, it is far from assured.

On the contrary: when the initial uproar over Russia’s invasion of Ukraine and the associated loss of human life has subsided, a political controversy about increased defence spending will unfold very quickly. Is an increase at this level really necessary? Does it not provoke further armament or fears among European neighbours? Are compliance with the debt brake, investments in infrastructure and climate policy, spending on social, education and health policy not much more important? The recent appeal „Demokratie und Sozialstaat bewahren – Keine Hochrüstung ins Grundgesetz!“ [„Preserving Democracy and the Welfare State – No Armament in the Basic Law!”] offers a first glimpse of the confrontations that will follow as soon as images of the suffering of the Ukrainian people no longer dominate the media.

Therefore, the conflicting goals raised by the questions just outlined must be addressed early and resolutely by those who advocate a shift in foreign policy. Ultimately, the message is inescapable that increasing the external assertiveness of German democracy will hardly be possible without losses in prosperity in the form of more expensive energy, higher tax burdens, national debt, or restrictions on government spending programmes. And that this is an appropriate price to pay for the protection of a liberal model of society – just as the loss of prosperity was an unavoidable price to pay for fighting the pandemic and partial eschewal will be a price to pay for slowing down climate change. However, the foundation of Germany’s relatively strong international position, its economic performance, is precarious. It is therefore important to strike a balance between unleashing economic pressure on others, increased spending for defence capabilities and the burden on households and businesses.

Another weakness of the “Zeitenwende” in German foreign policy is that it has so far only been underpinned by convincing speeches in Bundestag debates, but not yet by a comprehensive strategy. The National Security Strategy promises to remedy this weakness by the beginning of next year. It is to be hoped that it will not only intelligently analyse the threats and illuminate the entire spectrum of challenges and tasks but also set priorities, identify risks and conflicting goals, and elaborate on the strengths and potentials of German foreign and security policy. Above all, the latter is a matter of urgency. German foreign policy has a tendency to talk itself down and to underestimate its own possibilities. With a purely defensively-minded approach, geared solely at warding off dangers, it will be difficult to convey the necessary trust in a better world to the public. This, in turn, is a prerequisite for broad support for a more active German foreign policy.

Furthermore, the turning point in German foreign policy must also be reflected in structures and working methods – above all, in overcoming its functional pillarisation. The German government will rightly point out that this pillarisation was not a problem in this acute crisis because it was overcome, among other things, through close coordination and the work of the security cabinet. However, this does not make the debate on upgrading the Federal Security Council obsolete. In the coming years, an active, formative German foreign policy will be confronted with a plethora of tasks that cut across policy fields and cannot always be dealt with at the ministerial level in the security cabinet. A strengthened Federal Security Council would have to meet frequently and regularly, be supported by a secretariat and equipped with strategic foresight, and be chaired by a minister of state in the Chancellery.

The “Zeitenwende” in German foreign policy continues to require justification and facilitation, strategic and material underpinning, as well as structural and procedural changes. But time and again, it will require critical reflection. After years of partial denial of reality and misinterpretation of behavioural patterns of key international actors, there is a risk that everything will now be pressed into the scheme of great power and systemic rivalry, and that a new bipolarity between the Western world and the authoritarian states centred around China and Russia is conjured.

A realistic German foreign policy must have the ability to recognise divergent, partly contrary, mostly subtle developments in “turned times” and to think in alternative scenarios. For example, another right-wing populist presidency in the US could profoundly shake the solidity of the transatlantic alliance and erode the foundation of the community of values. Likewise, fundamental and abrupt political changes in China and Russia could open up new options for global cooperation or imply the violent disintegration of quasi-imperial powers. Having been locked into a central paradigm for too long – that the „end of history“ is near – German foreign policy should not rush into a new one – the resumption of a bloc confrontation – after the turn of events in February. Instead, it is important to keep an open mind about alternative futures, to recognise corresponding indications at an early stage and, above all, to increase Europe’s ability to act with strategic sovereignty in different contexts. 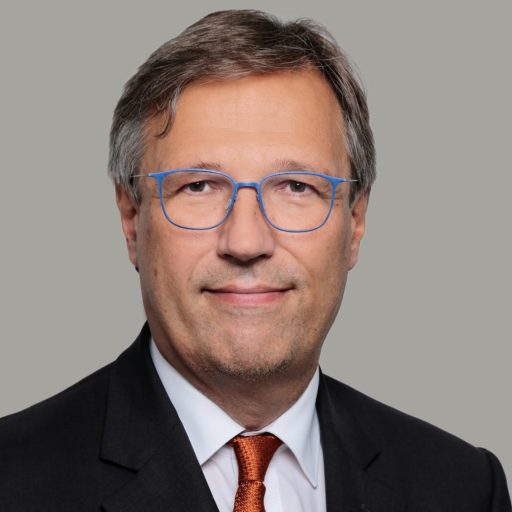 Stefan Mair Dr. Stefan Mair is Director of the German Institute for International and Security Affairs and Executive Chairman of the Stiftung Wissenschaft und Politik (SWP).