The Path Back to the Law

Contribution to the online symposium on Poul F. Kjær (ed), The law of political economy: Transformations in the function of law (CUP 2020)

We more than ever need a theory of law which allows us to imagine and, hopefully, to realise the conditions for social progress. This means, at a minimum, a theory which makes it possible to see how law can help address chronic problems of capitalism, including inequality and environmental degradation, which are now at the point of creating existential risks for democracy and, indeed, humanity.

Why are existing theories of law inadequate to this task? Taking my point of departure from the contributions to the Law of Political Economy, and in particular Poul Kjaer’s wide-ranging chapter which is more than a simple introduction to the collective work, I will suggest that the problems can be traced back to the assumptions legal theories make about social reality (their implicit social ontology) and to the methods they use for understanding it.

We should start with the theory which more than any other has come to define the place of law in contemporary society, not just for scholars but for practitioners in the legal system, government and private business. This is neither the legal positivism of the middle decades of the twentieth century, nor the critical legal studies movement which rose to prominence in the 1970s and 1980s, but the neoclassical economic analysis of law, or as it sometimes known, ‘law and economics’. It owes its pre-eminence in part to having become the default frame of reference for studying private law and the law of business entities in the United States, and to a lesser but not insignificant degree elsewhere; to its extensive dissemination, through specialised training courses, to judges in the USA, a trend that is spreading to other countries; and to its conjunction with the parallel discipline, within economics and management, of corporate finance, which has become the standard frame of reference for the organisation of not just of industry and commerce, but also increasingly, of government itself.

The ontological move made by neoclassical economics is what is sometimes called the ‘exogenous rationality assumption’: the belief that the human person is naturally constituted as a rational, that is to say, instrumental, utility-maximising actor. Individuals, acting on preferences which are exogenous in the sense of being given by their subjective wants, maximise their well-being by adjusting their behaviour over time to signals from their environment, probabilistically updating their beliefs in such a way as to optimise outcomes. The second move is to transpose this model of individual action on to institutions or collectivities, such as markets and firms: these are seen as naturally self-correcting and self-organising, in the sense that in a state of nature, when they are left alone free from external interference, they will respond to shocks by returning to their previous equilibrium state or path (see here and here). The methods used to explain these processes are formal, in the sense of using assumed axioms to drive predictions, and computational, in the sense of using mathematical constructs and their linguistic near equivalents, formal-deductive concepts of the kind used in the economic analysis of private law, to model the world.

The normative effect of these ontological and methodological moves is profound. It is to privilege policy choices which purport to enhance individual freedom – ‘deregulation’, ‘privatisation’, and so on – but which in practice do nothing of the kind, as they destabilise the institutions which permit human agency in the first place, including the legal system.

‘Law and economics’ follows the wider neoclassical project in collapsing law into the market: laws are like prices, the common law evolves to efficiency through a version of natural selection, and so on. It is a project encapsulated by Judge Richard Posner in his paper ‘The Path Away from the Law’, delivered in homage to the legacy of Justice Oliver Wendell Holmes at a Harvard Law School Symposium in 1996: ‘The evolution that Holmes foresaw’ was, according to Judge Posner, far from complete, but well underway thanks to ‘the rise of economics in law and the broader interdisciplinary transformations of legal scholarship’, alongside the ‘increased specialization and use of technology, both auguring the demise of a general legal culture’ and ‘the movement toward the deregulation of legal services and the concomitant deprofessionalizing of the practice of law and the rise of law firms modelled on business corporations’.

It seems something of a stretch to attribute all this to Holmes, the author of the celebrated Lochner dissent which rejected the embedding of economic theory in the practice of legal adjudication. But it would be hard to improve on it as a prediction for how Judge Posner’s own project would unfold in the decades following his 1996 talk.

Just over twenty years on, the shortcomings of this vision are all too apparent. They were long ago predicted but they became impossible to ignore in the light of the experience of ‘transition’, the term used in the 1990s to describe the move away from state planning and ‘command and control’ in the former Soviet bloc to a model of social organisation supposedly based on the free market. The advice initially given by western economists and lawyers to the transition countries could be summed up in ‘three words: privatise, privatise, privatise’. But after the drastic shrinking of the Russian state triggered the emergence of a new form of oligarchical capitalism, this advice had to be urgently reconsidered:

‘It turns out that the rule of law is probably more basic than privatisation. Privatisation is meaningless if you don’t have the rule of law. What does it mean to privatise if you do not have security of property, if you can’t use your property as you want to?’

These are the words of the doyen of the Chicago School, Milton Friedman, written for a publication of the libertarian think tank, the Fraser Institute, entitled The Economic Freedom of the World Report 2002. Yet while Friedman at least acknowledged the problem, he failed to draw the conclusion that the removal of state capacity was not just insufficient for the generation of the rule of law, but made its realisation practically impossible.

At the core of the policy failure which led to a decade of depopulation, immiseration and the criminalisation of large parts of business and government in Russia, and which was only stabilised by the onset of an authoritarian model very far removed from the goals of the liberal reformers who had been given free rein over the post-Soviet transition, was a failure of understanding. As R.H. Coase noted, even before most of the damage was done (as the occasion was the lecture he gave on being awarded the Nobel Prize in 1992), ‘if we knew more about our economy, we would be in a better position to advise them’.

Coase is an ambiguous figure: routinely cited as the founder of the law and economics school, a firm believer in privatisation and the introduction of the market principle into the core of government, and a critic of China’s reluctance in the 2000s to go further in adopting the US economic model. Yet it was also Coase who, when paraphrasing his ostensible opponent the Cambridge economist A.C. Pigou, commented that ‘if self-interest does promote economic welfare, it is because human institutions have been designed to make it so’. The key words in this passage are ‘if’, ‘human’, ‘institution’ and ‘designed’.

The problems first brought to international attention by the experience of ‘shock therapy’ in the 1990s have come home to the states of the global North over the course of the past decade. The policy of ‘austerity’ which followed on in the wake of the global financial crisis of 2008-9 saved the financial system at the expense of the withering away of core functions of government and a critical loss of state capacity in the provision of public and collective goods. This loss is evident in the inept response of the more neoliberally inclined market democracies to the Covid-19 crisis, and in the continuing inability of states and international agencies of all kinds to address the risks arising from inequality and climate change.

How to respond? If the new ‘law and political economy’ is to make a decisive break with legal theory of the recent past, it needs to begin with a new understanding of law. This, I suggest, is one which sees the legal system as a central causal variable in the constitution of a market economy: in other words, law as a humanly constructed institution which, among other things, constitutes, shapes and limits the market.

Kjaer, somewhat more cautiously, suggests that ‘if’ – his emphasis, which perhaps reflects some doubt on the issue – ‘one functional system takes up an overarching position in society, in the sense that it has a strategic position which enables it to serve as the central framework for the integration of society’, it is law, and neither politics nor economics, which must perform this role. As he puts it somewhat more directly a few lines later, the state, along with ‘other institutional repositories of political power (or, in fact, any other institutionalised social phenomena)… cannot exist outside the law’. I agree, but would add that the point about power applies to the market and not just the state: ‘decentralised’ exchange, and the ‘process of discovery’ of market competition, would be impossible to achieve at scale without the inter-temporal and territorial inscription, though law, of economic practices, conventions and norms.

This takes us back to the basic questions of ontology and method with which we began. In terms of ontology, we need to ask: what is our understanding of social reality and of how the law relates to it and, through its discursive practices, describes it? The idea that law is part of a continuum with a ‘natural’ reality that it should strive to recreate is at the core of the problem with modern legal theory. We need to turn a sceptical eye to naturalism in all its forms, including neoclassical economics and the modern day natural law theory which is the economic analysis of law, but also to the neo-behaviourism of dual-process theory which takes us right back to a reductive understanding of the human person, and one which opens up a whole new set of problems in its description of individual agency as ‘irrationality’ waiting to be corrected by a panoptic state. In their place we need to see that rational economic action is a human construction, the terms of which are open to contestation, both methodologically and politically.

We can understand the power expressed through law as a way of entrenching the control of populations, while at the same time recognising that this power can be used to change the conditions of life and open up new horizons for society. The way forward, I suggest, does not lie in treating either law, or the wider apparatus of the state, as only or predominantly repressive. We need to focus our efforts on understanding the circumstances in which institutions, public as well as private, assist in the resolution of collective action problems. From this we may begin to develop a new theory of the ethics of public action in an era of existential risk. Far from turning away from the social sciences, then, we need to engage with theories and methods which place the social-constitutive role of the legal system and other public institutions centre stage. This implies greater use of realist approaches to understanding society, and the use of multiple empirical methods – interpretive and qualitative, as well as quantitative – in testing claims concerning the relationship between law and social change. The path back to the law lies in a wider reconstitution of social theory and the social sciences. 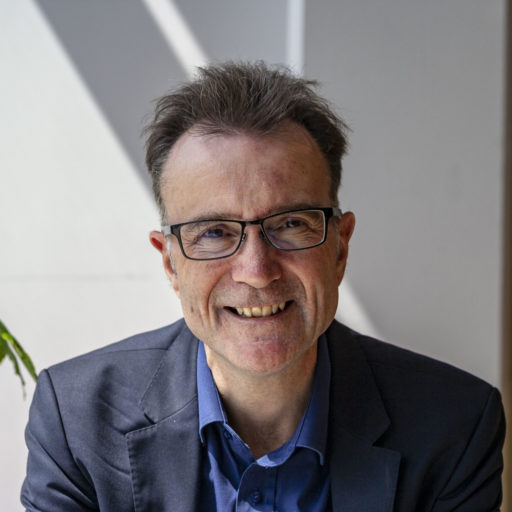