The People Have Voted, Now Let the People Speak

People v Parliament and a Case for a Second Referendum

The Brexit stalemate is unlikely to wither. In a smart spin, distracting from the unlawfulness of the Parliament shutdown, the blame for not delivering Brexit is now put on the Parliament. The Parliament and “the establishment” are pitted against the will of the people. Since the 2016 referendum, however, provided for no clear procedural or substantive mandate, no form of Brexit, including remain, can claim its legitimacy based on the “will of the people” unless there is a second referendum.

Geoffrey Cox, who gave a blessing to the prorogation, has gone as far as to say that this parliament is dead and has no moral right to sit on these green benches. It is also said that there is a collision between two forms of legitimacy by representative democracy of the Parliament and by direct democracy of the people. Moreover, Jacob Ress Mogg asserts the Parliament, by not allowing a no-Deal Brexit, “is holding people in contempt” and MPs have even been called “collaborators”.

During Theresa May’s reign, the argument was that Brexit was not delivered due to either “corrupt politicians not following the will of the people”, which included the Government, or due to the Prime Minister’s incompetence. Surely, mistakes have been made. However, inability to deliver Brexit due to an incapable prime minister does not persuade. The EU has an upper hand in negotiations almost by definition, given its more spread out negative impact of any form of Brexit than the UK. In addition, it made a wise choice of separating the withdrawal agreement from the negotiations of the long-term relationship, further tipping the negotiating balance in favour of the EU. Furthermore, Theresa May has stepped down and it seems highly unlikely that Boris Johnson will be able to deliver Brexit without resorting to extraordinary measures including breaking up the Conservative party and testing the fundamentals of UK democracy.

There was a lack of a procedural mandate in the 2016 referendum. There is sharp internal split among Brexiteers on the course of procedure of leaving. Those who today profess Brexit “do or die”, voted against Theresa May’s proposal for leaving, because she was unable to deliver their preferred version of Brexit. As a result, May’s deal was dismissed as being “against the will of the people”. Furthermore, the withdrawal agreement or any of its difficulties was not even seriously addressed during the referendum campaign. Last but not least, polls show that the public is split between a deal Brexit, no-deal Brexit and remain – 17,4 million people did not vote to leave without a deal.

The 2016 referendum also did not give a clear mandate on the substance of the future relationship with the Union. We keep hearing “leave means leave”. However, countries around the world have a range of agreements with the EU, there is no real leaving the European Union for any country in Europe, let alone for a country that is so economically, historically and geographically tied to the EU as the UK. The key question is not leave or not, but how to leave, if so and the people were never asked this question.

Furthermore, the UK as a whole remains a privileged society in the EU. One of the reasons for the difficulties the Brexit process poses for the United Kingdom is in fact the rising awareness of the privileges the UK is giving up by exiting the Union. But what does “taking back control” mean in today’s interdependent world? Sovereign jurisdictional powers, which the public was aspiring to, and actual power relationships in society are radically different notions that should not be confused. First, today, full sovereignty is an illusion in today’s interdependent, polycentric and unequal world, no matter how powerful a country is. Each legal jurisdiction, global powers included, is set under constraints of other legal jurisdictions. Full sovereignty of a middle-sized power, such as the United Kingdom, is even more difficult to fathom. Moreover, the rules and standards that are produced in Brussels inevitably have an immense impact across the world. Countries and corporations located in the immediate neighbourhood of the European Union are particularly unable to ignore its regulation. Leaving the European Union cannot promise “taking back control”, but in interstitial regulatory solutions for which no case has been made. The Irish backstop is just a visible symptom of a much larger problem of how entangled the UK is in the EU. It is just one example of the fact that “leave means leave” means nothing.

Even if there were a public consensus that leave means leaving the customs union, the internal market and the jurisdiction of the ECJ, the devil is always in the details. Different versions of Brexit will have different costs and those costs will be borne by different sections of the general public depending on the type of Brexit and the type of arrangement with the EU. The Parliament would thus by definition be unable to reach a conclusion on the type of Brexit and objections from all sides of the public will be endless.

How many of the 17,4 million voters agreed to a different regulatory regime of Northern Ireland to the rest of the UK, as the possible price for Brexit? How many of these voters agreed to the real possibility of breaking up the UK as a result of Brexit, with Scotland leaving the UK and becoming a Member of the EU? How many of those voters were aware of the immensely privileged position of the UK in the EU and were willing to pay the price of giving it up? Certainly not 17,4 million. How many of these voters had any coherent idea of the future UK relationship to the EU? Today, more than three years after the referendum, no single person still has a clear idea of the actual future relationship of the UK to the EU. One therefore cannot argue that people knew what they were voting for in 2016.

“Delivering the will of the people” is a vacuous slogan in today’s Brexit context. Theresa May’s endless iteration that “Brexit means Brexit”, turned out to be a mere strategy to sweep the real issues under the carpet in order to reach some consensus and enable her political survival. Boris Johnson seems to be only able to deliver his own idea of a procedural Brexit by repeatedly breaking the law “in the name of the people”, a scenario of populists and dictators, putting a permanent stain on the party of a grand tradition of leaders such as Winston Churchill or Margaret Thatcher as well on the constitutional legal tradition of the UK. Did 17,4 million people vote for such a scenario?

While the people voted, the people have not spoken. When there is no clear mandate from the people, the will of the people is up for grabs by any politician who will manipulate it for their own purposes. Unless there is a second referendum, any form of Brexit, including remain, cannot claim its legitimacy based on the “will of the people”.

The blame for the Brexit stalemate is squarely on the government who organized the 2016 referendum. Putting this complex question to a referendum and specifically, articulating the choice between a simple remain and leave was a result of overconfidence that remain would win, without serious consideration of the actual course of action in case of a leave win. This threw the door wide open to vast oversimplifications of the leave argument and to promises of an easy, undeliverable leave. David Cameron’s recent mea culpa is thus spot on.

A second referendum cannot bring about more stalemate or division than there already is. Constant, though dissonant, calls for general elections are also a result of an unclear mandate on Brexit. Successive general elections are substitutes for the real question that should have been asked and the answer proposed to the people in 2016: How, if at all, should the UK leave? However, until the final, long-term agreement between the EU and the UK is negotiated, this cannot be clearly answered and people cannot know what they are voting for. But when the time for a decision and possibly a public vote comes, the sitting and aspiring Prime Minister, should make a case for or against a particular form of Brexit on its merits. Politicians unable to argue for a direction on an issue that will seal the nation’s fate for generations are as unfit to govern as those who manipulate the will of the people. The Parliament is not holding people in contempt, the UK is held in contempt by the process of Brexit that was flawed from its inception thus allowing politicians to flourish on its vagueness and lack of mandate. The genie is out of the bottle and Brexit will keep dividing the UK regardless of its outcome. However, a clear mandate by the people could bring its endless legitimacy crisis to a conclusion. 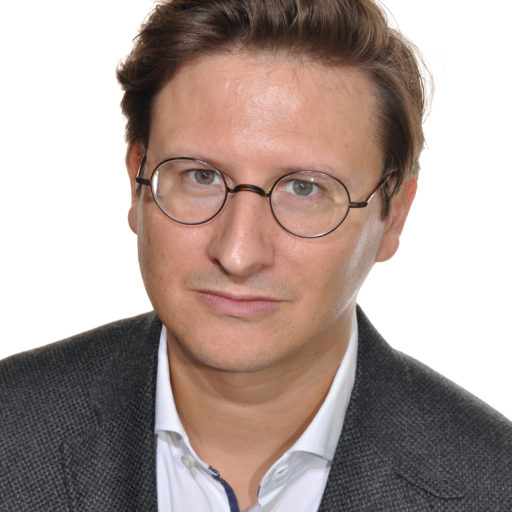