The Pisciotti Saga: A Duel in Karlsruhe as Finale?

The arrest of the Italian businessman Romano Pisciotti at Frankfurt Airport on 17 June 2013 has been the cause of many judicial decisions. The latest, if not last, was rendered this week by the Court of Justice of the European Union. Considering the reasoning of the Court, the last decision on this matter might actually come from the German Federal Court of Justice: The German supreme court might get to answer the thorny question whether or not the German Federal Constitutional Court had violated EU law by not referring the case to the CJEU. Such an unprecedented clash between federal courts would surely be a worthy coronation of a long saga.

Even without this twist, the recent judicial history of Romano Pisciotti would deserve to become a Hollywood script, as he himself noted. In the meantime, Mr. Pisciotti has definitely secured a spot in many legal textbooks. The proceedings regarding his extradition from Germany to the USA raised in fact several legal issues in different fields of law, setting precedent in (at least) competition, constitutional, criminal and European Union law.

It follows decisions by the Higher Regional Court of Frankfurt, the German government, the German Constitutional Court, the European Court for Human Rights, the EU Commission and the General Court of the EU; even the CJEU itself had already ruled on this matter. While the first time Mr. Pisciotti had (unsuccessfully) appealed directly to the Court, the CJEU became involved again due to a preliminary ruling by the Regional Court of Berlin, where a damages claim by Mr. Pisciotti against Germany is still pending.

Although the recent Petruhhin judgement (which was discussed in this blog here) might had given Mr. Pisciotti some hope, the CJEU ruled – like all the other Court and institutions before it – that his extradition to the USA was lawful.

In brief, Mr. Pisciotti was arrested by the German police following an international arrest warrant issued by the USA. He was accused – and later convicted – of having been a member of the so-called marine hoses cartel. His extradition had a huge mediatic impact, since it was the first time that a European citizen was extradited to the USA on antitrust charges. In fact, although the USA had tried multiple times in the past, extradition attempts following cartel charges had never been successful. This was mainly due to the fact that most international extradition agreements include double criminality requirements (which should ring a bell, it is something that Germany takes very seriously) and antitrust violations are not, in principle, criminally sanctioned in the EU as they are in the USA. Mr. Pisciotti´s case was different, since he was being accused of, inter alia, bid rigging, which is sanctioned by § 298 German Criminal Code.

Mr. Pisciotti’s main line of defence during his attempt to avoid extradition and in the present case was however not based on competition law, but rather on primary EU law. He argued that Germany’s conduct was discriminatory and in breach of Art. 18 and 21 of the TFEU, since Germany was extraditing him, an Italian national and thus EU citizen, but would have not extradited a German national in the exact same situation. Indeed, Art. 16 (2) German Constitution does not allow, in principle, the extradition of German citizens.

The Frankfurt Court and the Constitutional Court both rejected this argument, claiming that extradition matters were a Member States’ competence and that thus EU law was not applicable.

This assumption had already been dismissed by the CJEU in the Petruhhin (and rightly so, as Maximilian Steinbeis and others had pointed out) and the Schotthöfer cases. In the present judgment the Court reiterates that, in response to the first question by the RC Berlin, irrespective of the EU having an extradition agreement in place with the third state concerned (as it is the case with the USA), EU law does apply, since the citizens being extradited have made use of their freedom of movement pursuant Art. 21 TFEU. Accordingly, Art. 18 TFEU forbids the Member State that has arrested a EU citizen to discriminate him.

Quoting Petruhhin, the Court reaffirmed that this type of conduct by a Member State constitutes indeed a discrimination and a limitation of the freedom of movement which can, however, be justified. Therefor, besides pursuing a legitimate objective, which in the present case is the risk of impunity for persons who have committed an offence, the discrimination must be necessary for the protection of the interest which it is intended to secure and only in so far as that objective cannot be attained by less restrictive measures.

In such extradition cases, a less restrictive measure is granting the home state of the person being held the possibility to extradite its citizens pursuant to the rules of the European Arrest Warrant (EAW). In Mr. Pisciotti’s case, since Italy had been informed by Germany of the arrest and had decided to not request the extradition through an EAW, the discrimination was considered to be justified and the extradition thus lawful.

Unfortunately, the Court did not examine whether there may be other actions that the Member State may take which are less restrictive than extraditing the European citizen. This would have been of great interest, particularly since many Member States emphasised in their written submissions the legal and practical difficulties associated with the EAW approach, according to the Advocate General’s (AG) opinion.  Concretely, Mr. Pisciotti argued that Germany should have prosecuted him, since its national law (§ 7(2) of the Criminal Code) provides for the possibility, where extradition cannot take place, of prosecuting a person from another Member State on its own national territory. While Germany disputed such an interpretation of its Criminal Code provision, the Court held that this question was not relevant, without giving reasons for this position (while the AG had stated that it was for the referring court to decide on this). This is unfortunate, since one may very well argue that for a European citizen it is preferable to be prosecuted in a State that is also part of the area of freedom, security and justice.

The Regional Court will now have to take these replies into account when deciding on the damages claim against Germany. Interestingly enough, Mr. Pisciotti might still have a chance of succeeding. While it is true that the extradition was deemed to be legal by the CJEU and the Regional Court will have to follow this assessment, the unlawfulness of the extradition was not the only ground on which Mr. Pisciotti was suing Germany. In addition, he claims that the omission by the Higher Regional Court of Frankfurt and the Constitutional Court of referring the question on his extradition to the CJEU violated Art. 267 TFEU. While the CJEU now confirmed the lawfulness of the extradition, this question had still not been clarified back in 2014; and since the reasoning of both German courts differs completely from the CJEUs one (moreover on such an essential issue as the applicability of EU law) it is hard to argue that the question was “so obvious as to leave no scope for any reasonable doubt” according to the acte claire doctrine.

Granted, Mr. Pisciotti would probably not be awarded damages in any case, since, taking into account the present judgement, a referral would not have avoided his extradition and thus this omission did not cause him financial harm. However, if the FCJ nevertheless decides that the GCC should have referred the case to the CJEU and that by not doing so, it violated Mr. Pisciotti’s rights, the plaintiff may still obtain a moral victory.

This article presents only the personal opinion of the author.

Explore posts related to this:
Extradition 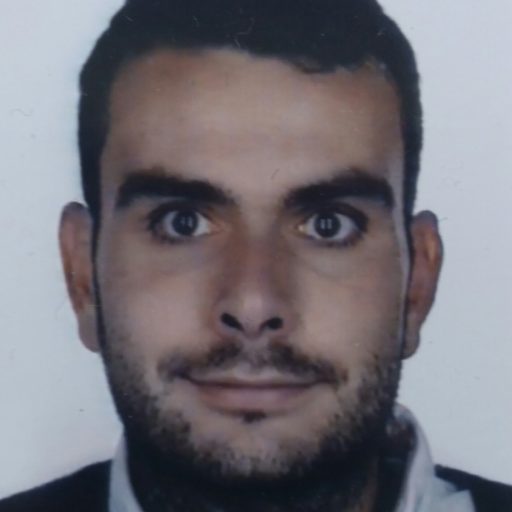 Explore posts related to this:
Extradition