The Pitfalls of Enhanced Cooperation

The case of the European public prosecutor

The question of what measures Hungary must undertake to obtain EU funding under the cohesion package is currently much-debated. Recent media reports suggest that the decision EU Commission envisages to suspend funding in light of the country’s corruption and public procurement concerns (Gall, 2022; Tamma and Vela, 2022).The key issue at stake is that Hungary’s proposed reforms are not sufficiently robust to address the deteriorating rule of law standards in the country.

As has been noted by Kim Lane Scheppele, Petra Bárd and Gabriel Mezarós, Hungary has suggested the establishment of an Integrity Authority, an Anti-Corruption Task Force, a Judicial Review Mechanism and other various reforms and legislative measures which would be sufficient to address Hungary’s corruption problems. However, those measures have been considered far from sufficient as measures to effectively reach those ends end by the same authors. There has been a public debate among academics and politicians of whether Hungary should be required to join the European Public Prosecutor’s Office as a condition to receive EU funds according to the different milestones (Here, here and here). As the EPPO is tasked with investigating fraud and mismanagement of EU funds, it is well-placed to address the allegations of serious corruption that the Hungarian Government is accused of. Joining the EPPO would thus send a clear message that Hungary takes ending public corruption seriously and a more general sign that it wishes to be a part of the European family. The analysis here, however, suggests that this proposal will not be legally possible to implement, thus illustrating the key problem with enhanced cooperation as a form of European integration. Under primary EU law, Hungary cannot be required to join the EPPO. Whilst Hungary generally benefits from the work of the EPPO as it receives EU funds recovered by the agency, it does not contribute with personnel our resources for the EPPO to function effectively.

The rationale of the European Public Prosecutor Office

The European Public Prosecutor’s Office (EPPO), which commenced its operation in June 2021, is the first supranational criminal agency which have been conferred with powers to act and take binding decisions in the territories of the Member States (Öberg, 2021). Its key rationale is to prosecute and recover EU funds which have been defrauded or misappropriated by criminals in the EU Member States. Article 86 TFEU provides the Council with a competence to ‘establish a European Public Prosecutor’s Office (…) in order to combat crimes affecting the financial interests of the Union’ by a unanimous decision. The EPPO shall ‘be responsible for investigating, prosecuting, and bringing to judgment (…) the perpetrators of, and accomplices in, offences against the Union’s financial interests’. It shall also ‘exercise the functions of prosecutor in the competent courts of the Member States in relation to such offences.’ Whilst Article 86 TFEU does not in itself establish the EPPO, it provides the legal basis for the Council Regulation which then created it.

The enhanced cooperation procedure for establishing the EPPO

One remarkable feature of the EPPO is that it was established by enhanced cooperation. This possibility was envisaged in Article 86 TFEU in the particular instance where ‘no consensus can be reached’ and if ‘at least nine member states wish to establish’ enhanced cooperation (Article 86(1) TFEU) . In that case, the cooperating member states shall notify the European Parliament, the Council and the Commission. It shall be deemed that those member states have been granted authorisation to commence enhance cooperation as envisaged by Article 20(2) TEU and Article 329 (1) TFEU.

Eight years after Article 86 TFEU had entered into force with adoption of the Lisbon Treaty, and four years after the Commission put forth its original proposal to establish the EPPO in 2013, a group of 16 member states decided in April 2017 to notify the Council, Parliament and Commission of their intention to establish EPPO by means of enhanced cooperation ( Council Press Release 2017 ). Those member states subsequently adopted the EPPO Regulation in October 2017 through enhanced cooperation, together with six additional Member States which joined later. With 22 participating member states, EPPO assumes second place after the Unitary European Patent System with regard to the number of Member States that have participated in enhanced cooperation. Apart from the elevated expectations for this project with its strong symbolic value, it is important that EPPO was established through a ‘fast-track’ procedure based on Article 86 (1) TFEU, which made it possible to omit the ‘authorisation phase’ that enhanced cooperation normally requires pursuant to Article 329 of TFEU.

The problem with EPPO as a form of enhanced cooperation

What is the key concern about the EPPO as a case study of enhanced cooperation? From the perspective of the member states, their contributions to and benefits from the EU budget can be negatively affected by inadequate measures to deal with crimes against the Union’s financial interests in other Member States (such as Poland and Hungary). Especially in cases with cross-border features, for example VAT fraud or other cross-border fraud that harms the Union’s financial interests, the Member States’ efforts to deal with such offences was regarded as ineffective which was one of the reasons that EPPO was created (Öberg, 2021) The problem can therefore be seen to have both a horizontal dimension (cross-border criminality) and a vertical dimension (the Union’s financial resources).

Solving such a two-level problem raises the question of subsidiarity (Article 5 (3) TEU; Öberg, 2017;) Is it more effective to deal with the problem at the national or intergovernmental level, or is more supranational institutionalisation necessary? Choosing the latter solution, with enhanced cooperation among a subgroup of Member States, also raises questions of effectiveness linked to ‘non-excludable network goods.’ Since everyone benefits from stronger protection of common financial resources (regardless of one’s own contribution), these positive externalities can stimulate ‘free riding;’ i.e. Member States can support the initiative without themselves participating in the EPPO (Wessels and Gerards, 2018; Kroll and Leuffen, 2015) .

If EPPO is evaluated on the basis of public goods considerations (Zuleeg, 2009), it is remarkable that in the given scenario reference to ‘the same rights and duties for all Member States’ can primarily be traced to those Member States that participate in the EPPO. Thus, the EPPO provides a fairly unique case with ‘positive spillover effects’ for non-participating states which can also be regarded as negative spillover effects for participating Member States. Accordingly, on the basis of financial considerations and questions of fairness, there are strong reasons to question the appropriateness of establishing EPPO through enhanced cooperation (Wessels and Gerards, 2018, 32-33).

On this basis, we can ascertain the key issue with enhanced cooperation which is that Hungary and Poland become ‘free-riders’ under this scenario. The rationale of the EPPO (and its performance so far proves this to be the case) is that the agency should recover large amount of EU funds to the EU budget. These funds will subsequently be paid out to EU citizens but also to EU Member States and their industries in form of subsidies and different benefits (Wade, 2021) Nonetheless, since Poland and Hungary are not participating and contributing towards the work of the EPPO with resources or funding, they are able to exploit their opportunities without any corresponding costs (Groenendijk, 2011)

From a moral perspective, this is objectionable particularly in light of the democratic/rule of law backsliding and current flouting of EU values which take place in these EU Member States (Bard and Kazan, 2022; Pech, Wachowiec and Mazur, 2021) . But is there any solution to the issue at hand? Under primary EU law- Article 86 TFEU- it is patently clear that Hungary and Poland are entitled to remain outside the EPPO. Furthermore, whilst the principle of loyalty, Article 4(3) TEU, entails that Member States should take all necessary measures to fulfil their Treaty obligations, there is no clear legal basis under this provision or precedents for requiring these states to join the EPPO as a condition for obtaining EU funds. Such a solution would defeat the wording and purpose behind Article 86 TFEU which proceeds from the premise that joining the EPPO must be a voluntary decision by a Member State (Working Group X, Area of Freedom, Security and Justice, 2002) However, not all hope is lost. It might be possible to devise a special EU payment schemes of benefits for those states that join the EPPO and contribute to its effective operation in particular by appointing competent European delegated prosecutors to act on behalf of the EPPO in the Member States (Swedish Official Government Investigation on EPPO; EPPO Commission Impact Assessment). Obtaining these funds would thus be conditional on joining the EPPO and establishing the necessary national infrastructure for the operation of the agency.1) To the author’s knowledge there is no legal principle or precedent under EU law that would hinder establishing such an arrangement. 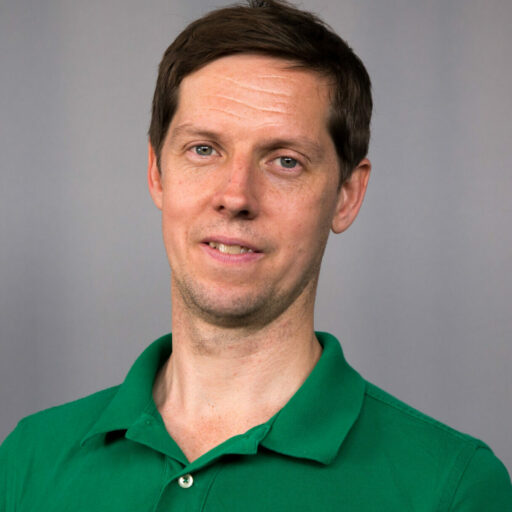