The Political Economy of Capital Controls and Liberalization

In the face of rising global tensions the free flow of direct investment capital across borders is in dispute. The self-evidence of free capital movements since the start of the euro can no longer be taken for granted. Concerns have emerged about the intentions of foreign investors acquiring domestic key industries. Supervisors are asking probing questions about the provenance of money flows.

As we discuss these issues we should not lose sight of the strictly regulated world where we come from and the tremendous efforts it took to liberalize. Many have forgotten the post-World War world in which borders were largely closed for international capital movements. Many countries applied negative exchange control systems where all cross-border capital transactions were prohibited unless explicitly permitted. Nowadays, citizens and corporations are free to move capital in and out of the country. This is a great achievement.

Over time there has been a major shift in the assessment of the pros and cons of free capital flows. In the Treaty of Rome it was felt that one needed to tread carefully. A safeguard clause confined the obligation to liberalize capital movements ‘to the extent necessary to ensure the proper functioning of the Common Market’. When in the early 1970s the Bretton Woods system of fixed exchange rates collapsed, it was widely believed that capital controls were needed to maintain a measure of exchange rate stability among countries with diverging economic performance.

For a time the stabilizing role attributed to capital controls outweighed the textbook costs of controls. Controls helped countries to avoid downward pressure on the exchange rate and preserve a degree of national monetary policy autonomy. Controls also helped keep domestic savings at home, channel savings towards priority industrial sectors and avoid the takeover of domestic companies by foreign interests. However, their effectiveness was questioned as they were easily circumvented by increasingly sophisticated financial markets.

The establishment of the European Monetary System in 1979 marked a new beginning, as did the switch to liberal policies in the Anglo-Saxon world. Official thinking evolved and from 1983 on liberalization of capital movements was on the European agenda after an absence of more than a decade. Freedom of cross-border capital movements was seen as forcing economic discipline and convergence of policies: countries could no longer hide behind the protective shield of capital controls follow go-it-alone policies as this would be punished by financial markets. Freedom of cross-border capital flows became a sine qua non for European monetary integration. When Greece abolished controls in 1994 the liberalization of capital movements in Europe was completed.

Germany at the time was the driving force behind the idea that liberalization of capital movements should be applied erga omnes, i.e. in a non-discriminatory fashion. The deutsche mark was an international reserve currency and such status was not compatible with common EU restrictions vis-à-vis third countries. Likewise, the euro should be a freely tradeable international currency. Other member states felt that reciprocity should be maintained as a negotiating tool with respect to third countries, in particular vis-à-vis Japan which at that time was seen as a threat for a level playing field and for increased foreign influence in the financial services sector.

Japan in the 1980s restricted the share of foreign ownership in various industries. International pressure to end unfair trading practices intensified, led by the US which was concerned about the huge bilateral trade deficit with Japan. Eventually Japan was forced to open up. The trade system came out of that dispute in a much stronger fashion once a deal was reached in which Japan took co-responsibility for the international monetary system. There are striking parallels to the situation vis-à-vis China nowadays.

Most economic motives for controlling capital movements no longer apply as the incompatible triangle of having free capital flows, exchange rate stability and monetary policy autonomy is resolved by the introduction of the euro. At the same time, national security and crucial infrastructure motives have become more forceful. The political agreement reached on an EU framework for screening foreign direct investment reflects this changed international climate.

It is important that the investment screening proposals on the table do not infringe upon the acquis of free capital flows and adhere to the erga omnes principle. Liberalization of capital movements overall has been a success and it has proven a catalyst for further economic reform and the establishment of the European Economic and Monetary Union (EMU). Economic interests should not be mixed with national security concerns and investment screening should not become an extension of industrial policy.

In parallel with investment screening procedures one could envisage more effective alternatives which would address concerns of both security and reciprocity. The incoming European Commission could focus on the negotiation of a bilateral investment treaty between the EU and China where mutual access rules can be agreed. The political basis could be laid in a EU-China Summit in which state aid rules are also placed on the agenda. This would help ensure that Europe remains open to the outside world and European corporations operate on a level playing field. 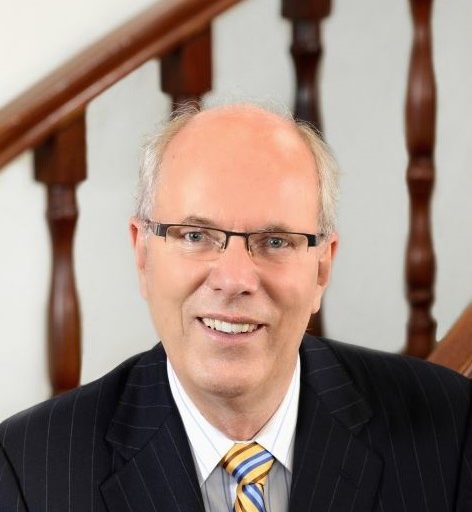 Other posts about this region:
China, Europa No Comments Join the discussion