The Power of the Rule of Law: The Polish Constitutional Tribunal’s Forceful Reaction

On 9th March ‒ just two days before the Venice Commission adopted its opinion on the same matter ‒ the Polish Constitutional Tribunal announced its judgment on the statute of 22nd December 2015 amending the Act on the Constitutional Tribunal. This legislative move resembled nothing less than a constitutional coup d’etat against the Polish judiciary and the constitutional state. Fortunately this assault encountered a forceful reaction of its designated target, the Tribunal itself. With the probably most important and in its substance most extraordinary ruling since its establishment thirty years ago the Court asserts itself as the guardian of the Polish constitution. The Court’s reasoning – widely applauded by legal scholars and practitioners – evidences one central point: The Tribunal proved to be a strong opponent within the power play of Kaczyński and its arsenal of puppets holding key public offices.

The Court has sent a clear message to the government whose agenda lies in transforming the Polish state into a “dictatorial democracy” (demokratura) ruled autocratically by the simple majority of PiS (Prawo i Sprawiedliwość which translates “Law and Justice”) in the Sejm: You will not fool us and we will strike back with a very powerful tool, the rule of law. Now the resolution of the constitutional crisis depends on a rather technical requirement which nevertheless signifies the executive’s commitment to the rule of law: the publication of the Tribunal’s judgment in the law gazette.

Recapitulation: What were the key points of the amendment statute of 22nd December?

The infamous amendment required the Tribunal to adjudicate in full bench as a general rule and introduced a “double 2/3 requirement”: It was only competent to render judgments with a 2/3 majority if 2/3 of its members were present. Dates of court hearings were to be set in the sequence of submitted applications irrespective of their constitutional urgency or significance and the earliest three/six months after the parties have been notified of the applications. The amended procedural rules should also apply to already pending cases (under certain circumstances) and the statute became effective on the day of its publication (no vacatio legis). The President and the Minister of Justice were granted the competence to file applications for disciplinary proceedings against Tribunal judges. Both of them (as well as the Sejm) were given a role in the procedure leading to the expiration of the term of the office of Tribunal judges (summary of the amendments to be found here).

What does the Tribunal say in its judgment of 9th March?

To publish or not to publish?

As expected the government rejects to publish the judgment as required under Art. 190 sec. 2, 3 of the Constitution in the law gazette which is a prerequisite for the voidness of the provisions declared unconstitutional. Prime Minister Szydło as well as the Minister of Justice Zbioro regard the judgment as a mere „communiqué“ of an informal meeting of judges lacking any binding effect since the Court disrespected the procedural requirements established by the amended act. However, the Tribunal was attentive enough to anticipate this move and addressed it clearly in its judgment: It stressed the finality and binding nature of its judgment after its announcement in the court room and the lack of any other bodies competent to question it. The Tribunal declared to be bound by its judgment as well all courts to be obliged not to apply the annulled rules. The Tribunal’s clear words might, however, not be enough to prevent the evolvement of a legal chaos if judiciary and executive remain divided on the judgment’s binding nature.

The judgment’s strength is overshadowed by the fact that it was leaked before its announcement. Purportedly it circulated under the working title “project” not only between the members of the Court but allegedly also between the Court and representatives of the opposition who included their comments. The Minister of Justice who simultaneously – thanks to recent legislation – serves as the General Prosecutor announced that he “has recommended” the competent regional prosecutor to investigate possible felonies involved in this matter.

This turn to criminal law is quite surprising since until now the narrative of the government has been that the judgment was a mere minutes of a private meeting between judges. Still this scandal – if the allegations should have merit – has the potential to shed a negative light on the understanding of judicial independence in Poland. Whilst the motives behind discussing the judgment with the opposition might be understandable from a strategic point of view in light of the severity of the constitutional crisis, the Constitutional Tribunal should have refrained from any political colluding and stuck with its strongest sword which is the constitution.

The question remains how to solve the constitutional crisis practically. It is still not too late for the Polish constitutional state to survive. Even if governmental voices characterizing the Tribunal as mere “postcommunist shackles” (Vice-Minister of Justice Jaki) still can be heard, subtle silver linings appear on the horizon: It should not be underestimated that while two of the “December judges” appointed by the PiS-led Sejm rendered a dissenting opinion to the judgment of 9th March, they nevertheless signed it.

Furthermore, Prime Minister Szydło submitted the opinion of the Venice Commission to the speaker of the Sejm on the 12th of March for further deliberation. A committee of experts is to be installed on this matter. Presently various solutions are discussed: Andrzej Zoll, the former president of the Tribunal, has recently proposed a rather technical amendment to the constitution which would encompass an increase of the number of Tribunal judges from 15 to 18. This would allow both the “October judges” as well as the “December judges” to take office.

Besides such an enlargement the party Kukiz’15 has suggested to provide in another amendment act that the term of the office of all appointed judges should expire 60 days after its effectiveness and – in a kind of “zero hour” – a re-election of the all judges (by a 2/3 majority) should take place. The third proposal foresees that all parliamentary groups of the Sejm voluntarily commit themselves to elect the judges who have not been sworn in by the President until now (“October judges”) as successors of those judges whose office will terminate during the ongoing parliamentary session.

The path to be taken should be in any case determined by one guideline: Any “compromise” must respect the constitution and its commands. Hence, as pointed out by the Venice Commission the conditio sine qua non for any resolution of the crisis is the publication of the Tribunal’s judgment. In that regard there is no room for manoeuvering. Although both Prime Minister Szydło as well as the Minister of Justice possibly face proceedings before the Tribunal of the State – the body competent to adjudicate on the responsibility of highest state organs for violations of constitutional duties – for the non-publication of the judgment, they remain resistant in that regard. It appears that the very publication of the judgment should become the central focus of further international pressure, especially from the EU Commission. Whether law rules in Poland or not is decided exactly at this point. 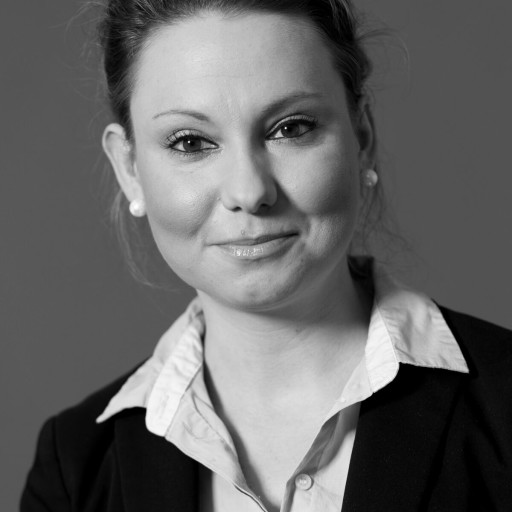 Paulina Starski Dr. Paulina Starski is a lecturer at Bucerius Law School and interim professor at the Albert Ludwig University in Freiburg as well as a Senior Research Fellow at the Max Planck Institute for Comparative Public Law and International Law in Heidelberg.