On April 4, 2017, the Court of the Eurasian Economic Union (the EAEU Court) decided in one of the most important cases of its history. It replied to a request of the Belarusian Ministry of Justice concerning the interpretation of the Treaty on the Eurasian Economic Union 2014 (the EAEU Treaty) in the field of competition law. There, the Court formulated the ‘direct effect’ principle in order to coordinate between EAEU law and the domestic legal orders of the EAEU Member States.

First some words to the EAEU itself: The EAEU consists of currently five Member States (Russia, Belarus, Kazakhstan, Armenia and Kyrgyzstan) and is proclaimed the most ambitious integrational project within the former USSR area. In a sense, it is comparable to the European Union. The EAEU Treaty establishes ‘an organization of economic integration’ with its own common market, supranational bodies and a specific legal order (‘the Union law’). The Treaty created the EAEU Court as a supranational institute of justice, which resolves cases under direct jurisdiction and on preliminary requests of competent national bodies appointed by the Member States. It consists of 10 judges and is located in Minsk.

The EAEU Court is a successor of the Court of the Eurasian Economic Community, which had been established to rule on cases concerning the Customs Union between Russia, Belarus and Kazakhstan. It operated until 2014. After the EAEU Treaty’s introduction, competences between the individual institutions started to overlap. For example, the Eurasian Economic Commission (the EAEU executive body) can no longer pursue legal action against a Member State in front of the Court. In addition, the national courts of the Member States are unable to send preliminary requests to the EAEU Courts. Currently, the Member States define competent bodies to do so. In the case of Belarus, the Ministry of Justice is designed such a body that would circumvent the new barrier. Legal scholars, however, described these actions as a step backwards, which paved the way for skepticism regarding the development of the EAEU legal order, in particular concerning the EAEU Court’s practice. Nevertheless, until today, the EAEU Court has decided in approximately 20 cases since 2015.

It should be pointed out that the EAEU Court has never ruled in matters concerning competition law before. In the Advisory Opinion of April 4, 2017 (Case No SE-2-1/1-17-BK) the question before the EAEU Court concerned the interpretation of EAEU Treaty provisions regarding the de minimis rule for vertical agreements between companies within markets (Arts. 74–76). According to the EAEU Treaty, a market share cannot exceed 20 percent. The Belarusian Ministry of Justice’s request touched upon the compatibility of this rule with a Belarusian draft law provision that would introduce a reduction of the maximum domestic market share to 15 percent (comparable to EU rules). It is worth noticing that the EAEU has never aligned this legal area with EU rules and standards. The EAEU competition rules have a lot in common with EU provisions in main terms and conditions, but they may differ in other aspects.

Therefore, the EAEU Court rejected the possibility for the Member States to revise the Union ‘common rules’, in particular, the EAEU Treaty provisions concerning de minimis criteria for vertical agreements. Moreover, The EAEU Court used the ‘direct effect’ doctrine for the EAEU’s ‘common rules’. It concluded that “common rules of competition have a direct effect and should be applied by the Member States directly as international treaty provisions” (indent 1 par. 2 section IV of the Advisory Opinion).

Previously, EAEU law had not contained the ‘direct effect’ principle that is common in EU Law and other supranational legal orders. The introduction of this concept in the EAEU Court decision has become a serious breakthrough for the EAEU legal order and its future development. In this context, conclusions of the EAEU Court in the Vertical agreements case can be considered as a new step further in terms of supranational rules application in the Member States national legal orders. It makes sense to refer to the ‘direct effect’ doctrine in the Van Gend en Loos case that was decided by the European Court of Justice (ECJ) in 1963. However, the EAEU Court in its Vertical agreements case did not quote or compare to ECJ case law, even though it used to do exactly that in earlier cases. There is no doubt that the Vertical agreements case appears to be more modest in its conclusions, if only because the Court did not try to identify the legal order by its nature, as it was the case in Van Gend en Loos. The EAEU Court did not even care to explain what the ‘common rules’ were.

Furthermore, there is a concern whether the EAEU Court will be able to develop this principle in the EAEU legal order and to introduce it to regular practice. First, it is uncertain whether the Member States are bound by EAEU Court decisions. Second, the position of the EAEU Court judges in the Vertical agreements case was ambiguous. In particular, following a pro-Soviet conservative approach, judge Ayriyan in her dissenting opinion pointed out that the question in the request from the Belorussian Ministry of Justice stands extra jus and therefore did not have to be answered. Third, during the last few years, the Constitutional Court of Russia has put its foot down concerning the influence of international bodies’ decisions on the Russian legal order. Among other things, in the Avangard Agro Orel case in 2015, the Constitutional Court of Russia confirmed it would review decisions of EAEU bodies that touched upon human rights.

Nevertheless, the EAEU Court’s conclusions concerning the ‘direct effect’ principle in Union law are encouraging. On the one hand, the EAEU Court made use of EU experience and other similar structures. On the other hand, it formulated this principle due to the practical demands of economic integration. The EAEU law can be full of exuberance and vitality and is able to evolve together with economic integration within the former USSR area. Moreover, after the Vertical agreements case, the EAEU legal order is now closer to the EU acquis.

Other posts about this region:
Asien, Europa 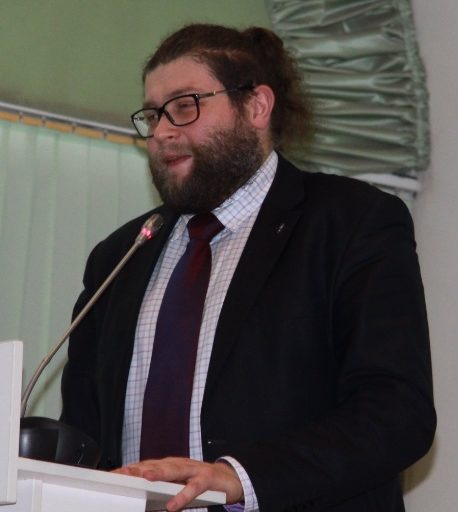 Other posts about this region:
Asien, Europa No Comments Join the discussion
Go to Top