The Republic Debate in Australia

With the death of long reigning monarch Queen Elizabeth II, and the ascension of King Charles III, a conversation has been reignited as to whether it is time for Australia (as with other countries who share the British Monarch as the formal head of state) to move to a republic. In Australia, this conversation is complicated by the failure of the republic referendum in 1999. The divisions over the model of selecting the Head of State that marred that vote remain unresolved, and there is a distinct lack of any urgency within the broader Australian public.

In this post, I’ll look at the current mood in Australia towards a republic, placing that in the context of what is on offer. Republic advocates continue to offer minimalist republican models vying for dominance and with the debate and campaign dominated by elites. Australia is yet to catch up to international practice of more deliberative citizen engagement. I suggest that perhaps the death of the Queen has provided us with an opportune moment to consider a longer, harder conversation about what a republic could mean to Australians, one that offers a richer fare that is representative of a more diverse and energetic polity.

While opinion polls had previously indicated that the monarchy would be less popular under Charles and support for a republic would grow, polling released last week indicates a lack of enthusiasm for the move. Support has dropped to 40%, well below the levels needed for a successful referendum. The widespread respect for Elizabeth is likely a factor in these most recent polls, but Roy Morgan polling shows support has been dropping since a high of 54% in November 1999, when the last referendum on whether Australia should adopt a republic model of government was held.

Despite the polling support, the 1999 referendum failed to gain the necessary double majority required by s 128 of the Constitution (a majority of Australian voters nationally, and a majority of voters in a majority of the States). Indeed, it gained only 45.13% of the national vote, and no State majority in favour. The inevitable political dissection of what followed pointed to a lack of bipartisan support for the proposal, and division among republic supporters over the method proposed for selecting the President (the proposal was the President be selected by two-thirds majority in Parliament). Less prominent in the commentary was the failure of process, and in particular the lack of engagement with the Australian people before the referendum question was put. While in the lead-up to the 1999 referendum a constitutional convention was established, only 76 of the 152 representatives were elected by postal survey, with the remainder were appointed by the Prime Minister.

The Australian Government under the Australian Labor Party is committed to a republic referendum, although the Prime Minister Anthony Albanese has been very clear that this referendum would come after the government’s prioritised commitment to constitutionally enshrine a First Nations Voice, an act of constitutional recognition for Aboriginal and Torres Strait Islander Peoples as called for in the historic document, the Uluru Statement from the Heart.

The ALP policy platform expresses a commitment to the “renewal of our democratic institutions”, and that “democratic maturity and national self-confidence will be reflected in a new spirit of openness and will culminate in a national movement to establish our nation as a fully democratic republic.” Exactly how the ALP will work towards establishing an Australian republic with an Australian head of state is not set out. There has been some movement: on the ALP’s election May 2022, the Prime Minister appointed an Assistant Minister for the Republic, Matt Thistlethwaite. He has been noticeably quiet on how this will be delivered.

The main partner in the Opposition Coalition, the Liberal Party, remains, as it was in 1999, divided on the issue, with leader Peter Dutton thus far expressing opposition to a republic.

Outside of the major political parties, the Australian Republic Movement (which was established in 1991 and led the 1999 campaign for an Australian Republic) continues to lead the campaign work today. Indeed, earlier this year, the ARM revealed a new model it calls ‘Australian Choice’, that it hopes will heal the divides of the 1999 referendum. Under Australian Choice, the Australian Head of State would be elected by the Australian people from a shortlist of people selected by the Parliament. The ARM claims the proposal was developed after extensive consultation with more than 10,000 Australians, and has released a full draft bill that would make the necessary amendments to the Constitution to give effect to its proposal.

This most recent release of the ARM is a substantial shift from the previous position of the ARM, which had been heavily dominated by the need for a change in process. It had previously proposed that there should be a two-step process involving the Australian community in a structured public consultation, through which a shortlist of models would be determined. A plebiscite to select the preferred model would follow, before that model was put to a referendum.

What hasn’t shifted in any of the debate since 1999 is the essence of the “republican” proposal on offer. It was, and remains, a narrowly drawn proposal: the changes coalesce around the selection of a new (Australian) Head of State, the extent of their powers, and how they might be removed. No other structural changes are in the Australian republic conversation – as it’s currently framed.

What could a republic mean?

There is currently no proposal or process that grapples meaningfully with the concerns about process and substance coming out of the 1999 referendum. Indeed, the ARM proposal has moved away from its proposal to engage the Australian people more broadly, to putting forward a single, fully formed model for consideration.

Internationally, there is an emerging practice of greater, more genuine and carefully structured citizen engagement prior to voting on constitutional amendments. Closer to home, the inclusive and deliberative process that was undertaken by the by the Indigenous Steering Committee of the Referendum Council in 2015–2017 that delivered the Uluru Statement from the Heart provides a striking contrast to the current stasis of the republic debate.

This process was undertaken at a time when there was similar stalling of the debate about constitutional recognition of Aboriginal and Torres Strait Islander people, and major concerns that the model of recognition that was being considered by government was minimalist, symbolic, and lacking meaning for First Nations people themselves. The participatory deliberative process asked First Nations people across Australia through a carefully designed, informed and structured process the basic, but most fundamental question: what would constitutional recognition mean to you? Professor Megan Davis, Cobble Cobble woman, member of the Indigenous Steering Committee of the Referendum Council and expert in constitutional law, human rights and international law, told the participants at each of the organised dialogues “to suspend their disbelief that the system could not reform.” These dialogues provided the foundation for a proposal for recognition that has, since its delivery in 2017, continued to dominant the debate about recognition, and will soon be put to the Australian people at a referendum.

The success of the dialogue process behind the Uluru Statement was multi-factorial. Participants were carefully selected to be inclusively representative of different key groups, the deliberations that were conducted were informed by substantial civics education and technical assistance (including around history, theories, conceptions and comparative experience), the agendas were designed to have in-built flexibility to be responsive to diversity in community desires, and there were spaces provided for free discussion.

The dialogues culminated in a national constitutional convention, that delivered the Uluru Statement. The Statement asked for constitutional recognition through a series of sequenced reforms that differed dramatically from the proposals that had come from previous processes. These were processes that had been dominated by politicians and lawyers undertaking “consultation” with community groups. The Uluru Statement called for structural political shifts: through a constitutionally entrenched Voice to Parliament, a Makarrata Commission to oversee agreement (treaty) making, and that same Commission to oversee a truth-telling process.

The key learning from this recent Australian process, is that politicians and advocates for a move to a republic should take the conversation back to the people. And importantly, to start the conversation at the beginning: what would a republic mean to you? We need to take time to understand the informed wishes of Australians, and what they seek from a republic. Such a process of informed deliberative conversation with the Australian people may reveal desires that accord with the current model proposed by the ARM. Or, as emerged from the First Nations dialogue process, it might produce a result that has not been widely anticipated or developed by the politicians and advocates. It might produce an entire rethink of the structural and other changes required to bring an Australian republic into existence. The Australian people have not yet had the opportunity to imagine, to suspend their disbelief that the Australian constitutional state can be something different from what it is.

A more expansive and substantial conception of what an Australian republic might look would be a larger conversation than one about how to select, empower and remove the Head of State. It should raise questions about how government power should be appropriately regulated within the Constitution, particularly with respect to the Australian people. This is a topic the Australian Constitution is notably muted on.

This will be a longer conversation; it will be a harder conversation. But the model that the process delivers would be founded in a robust process that provides it with ongoing legitimacy. The model would be one that cannot be easily opposed, by major political parties and organised interest groups. Indeed, if Australians are to move towards a republic in its more substantive sense, in which we take seriously the idea that the power of the State is drawn from the people of that State, such a process must surely be the first step.

This post draws on her earlier work, published as Gabrielle Appleby, ‘The Imperative of Process in the Australian Republic Debate’ (2018) 29(4) Public Law Review 277. 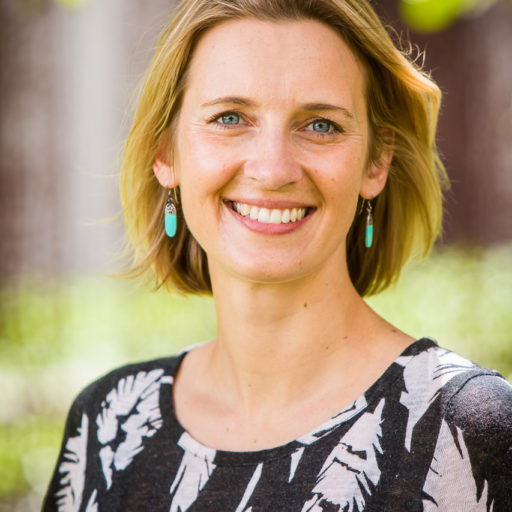 Gabrielle Appleby Gabrielle Appleby is a professor of public law at UNSW Law & Justice, Sydney. She is the Director of the Judiciary Project at the Gilbert + Tobin Centre of Public Law. ORCiD >>

Other posts about this region:
Australien No Comments Join the discussion
Go to Top