The Rule of Law Crisis in Poland: A New Chapter

The rule of law crisis has been taking place in Poland since 2015 when the newly elected right-wing PiS government (Law and Justice) decided to radically restructure the justice system. The justice system reforms were initiated in December 2015 with the new law on the functioning of the Constitutional Tribunal, which after a period of controversies, also involving the European Commission and the Venice Commission, produced a constitutional Tribunal consisting of party loyalists and thus entirely disabled as an independent institution. The aim of the PiS government has been to carry out a radical exchange of political elites in key positions of the state (including the judges). The narrative for this radical change has been alleged pathologies of the Third Republic (which is a moniker to describe Poland after 1989). These pathologies are often framed by the PiS as resulting from “grey networks” of former functionaries of the communist secret services and their liberal dissidents who were they agents. In a sense, this is a Polish version of the “deep state” narrative, in which the “swamp” needs to be dried out with radical methods and without consideration for institutions such as rule of law.

The current controversies resemble the conflict over the Constitutional Tribunal in 2015-216 to some extent. However, the Supreme Court took new steps on August 2, when it referred five questions to the Court of Justice of the EU (CJEU) and requested a preliminary ruling. All five questions relate (more or less directly) to the principles of (1) independence of the courts and (2) the judicial independence under the circumstances of the rule of law crisis in Poland and thus have a potential of becoming a key aspect in the Polish rule of law crisis.

The preliminary ruling can be requested by any court or tribunal of an EU member state regarding an interpretation of the European Union law. The case of the Polish Supreme Court is however an explosive issue, since the Court simultaneously decided to apply a protective measure and suspended the application of the provisions of the law determining the new regulation on retirement. Also, it requested an accelerated proceeding of the CJEU due to “the seriousness of the situation”. The first question of the Supreme Court refers to the interpretation of the EU treaties regarding the indelibility of judges (Art. 2, 4, para. 3, Art. 19, para. 2 TEU and Art. 267 TFEU) and Charter of Fundamental Rights of the EU (Art. 47, which provides for right to an effective remedy and to a fair trial). The second question of the Supreme Court refers to the dependence of the tenure of a judge on the decision by an executive organ (in this case, the Polish President who can but does not have to accept a “prolonged” tenure). The third question concerns the EU regulation (directive 2000/78) on the prohibition of discrimination on grounds of age. The fourth question refers possibilities of how a national court in a situation such as that of the Supreme Court should ensure the EU prohibition of discrimination on grounds of age, while the fifth question concerns the obligations of the Supreme Court as an EU court to apply protective measures. With regard to the last question, the Supreme Court reverted to the Polish Code of Civil Procedure (Art. 4) as well as to the TEU (Art. 3) and the hitherto rulings of the CJEU. The questions touch upon the same matter as does the lawsuit of the European Commission against Poland from July 2018 based on Art. 258 TFUE with regard to the same law on the Supreme Court.

For legal purists some of the questions of the Supreme Court are formulated in a suboptimal manner and might lack relevance. The first question seems to be framed too vaguely, as its connection to the material EU law is not evident at the first glace. The Supreme Court seems to assume with the first question that the principle of the indelibility of judges is violated, whenever the retirement age of the judges is lowered against their will. This is a problematic framing and would require a more precise argument linked more clearly to the current situation in Poland. Only the second question relates to the new law on the functioning of the ordinary courts, the National Council of the Judiciary and the Supreme Court and justifies the request for the preliminary ruling of the CJEU, in particular with reference to Art. 47 of the Charter of Fundamental Rights of the EU. The problem of vagueness applies also to the fourth question, with which the Supreme Court conjures a hypothetical situation with an involvement of a national court. Hence, it is possible that the CJEU will ignore the fourth question altogether or reframe it in a way that it would become more relevant with regard to the case at hand.

Still, the questions of the Supreme Court can have a fundamental impact both for Poland and the EU, as they relate to the EU as a legal community and touch upon the crucial relationship between the national law and the EU law. Should the CJEU accept the questions, it could generate legal protection for the judges of the Polish Supreme Court (and further courts under political pressure in other EU countries) and strengthen the independent judiciary in the current rule of law crisis in Poland.

How could the CJEU proceed in this case? The first and the second question could be merged and treated as one issue by the CJEU, as the second question appears to be more relevant. According to the law on the functioning of the ordinary courts, the National Council of the Judiciary and the Supreme Court judges in forced retirement (that is, older than 65 years) may file for a continued tenure with the President of the Polish Republic. In the opinion of the Supreme Court, this regulation makes the Supreme Court dependent on an executive body, which in turn violates the principles of court independence and the judicial independence, in particular in the view of the hitherto rulings of the CJEU and the European Court of Human Rights (ECHR).

In this sense, the second question is closely connected with the line of CJEU rulings with regard to the rule of law and the judicial independence, which has become visible in recent years. Should the CJEU accept the second question of the Supreme Court (also possibly with reference to the fourth question), it can strengthen and amend its arguments used in the cases LM (C-216/18 PPU), Associação Sindical dos Juízes Portugueses (C 64/16) and Wilson (C-506/04). In particular, in the case Wilson the CJEU followed an interpretation which could become decisive for the questions of the Polish Supreme Court. In the case Wilson the CJEU framed the concept of the judicial independence both in internal and external aspects. The internal aspect of the judicial independence “is linked to impartiality […which] requires objectivity and the absence of any interest in the outcome of the proceedings apart from the strict application of the rule of law” (52). The external aspect “presumes that the body is protected against external intervention or pressure liable to jeopardise the independent judgment of its members as regards proceedings before them” (51). With regard to the questions of the Polish Supreme Court, the external aspect of the case Wilson could play a particularly relevant role, as “the essential freedom from such external factors requires certain guarantees […], such as guarantees against removal from office”. (51).

With the third question, the Supreme Court refers explicitly to the case Commission v. Hungary (C-286/12). In this ruling, the CJEU finds that “by adopting a national scheme requiring compulsory retirement of judges, prosecutors and notaries when they reach the age of 62 – which gives rise to a difference in treatment on grounds of age which is not proportionate as regards the objectives pursued”, Hungary violated the directive 2000/78/EC. At the first glance, it looks like the Supreme Court would seek a clarification of an already ruled case and thus act groundlessly. However, it appears that the Supreme Court expects the CJEU to react directly to the Polish case and apply the directive 2000/78/EC explicitly to the Polish law on the functioning of the ordinary courts, the National Council of the Judiciary and the Supreme Court.

The politically most significant aspect of the Polish questions is however the decision of the Supreme Court to suspend the application of the law in question. This temporary injunction is not provided for by the Polish law in such or similar cases, which, as expected, provoked vehement reactions from the Polish government. The Polish law might not include protective measures of this kind but the Supreme Court is a court on the EU territory and can thus refer to the rulings of the CJEU in similar cases, e.g. Factortame (C-213/89) or in joint cases Zuckerfabrik Süderdithmarschen AG (C-143/88) and Zuckerfabrik Soest GmbH (C-92/89). Since the CJEU ruled on a limited number of cases on a suspension of enforcement of a national measure and the expectation that this measure would generate political controversies in Poland, the Supreme Court reverted to this measure explicitly in the fifth question. This question will certainly be essential for how the crisis of rule of law will further develop in Poland.

There have been various reactions in Poland to the request of preliminary ruling by the Supreme Court. Should the CJEU accept the questions (all or some of them) and declare de facto its jurisdiction, it might have explosive consequences for the PiS government. The government critical newspaper Gazeta Wyborcza called the request for preliminary ruling a nuclear weapon of the Supreme Court. The representatives of the PiS government heavily criticized the suspension of the application of the law at hand, while the Presidential Office spoke about lacking legal grounds for such suspension. One of the vice-ministers of justice Michal Wojcik argued in the process that the Supreme Court revolts against the state, which fits the narrative of the ruling party, which excludes the courts from the category of state institutions. The chairman of the PiS Jaroslaw Kaczynski reaffirmed the will of the ruling party to carry on with the “cleansing” the courts, while the government-controlled TV ran propaganda materials on alleged corruption and arrogance of the judges. With this newest development, the crisis of the rule of law in Poland reaches a new stage, in which the political issue of legitimacy is played out against the issue of legality (resembling Carl Schmitt’s ideas) and in which the CJEU has a chance of becoming a key player. 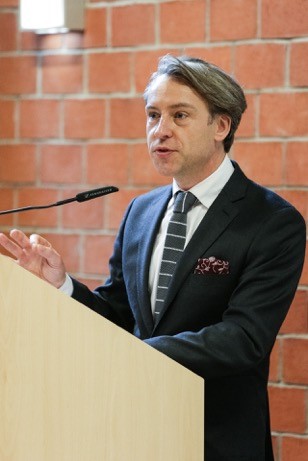 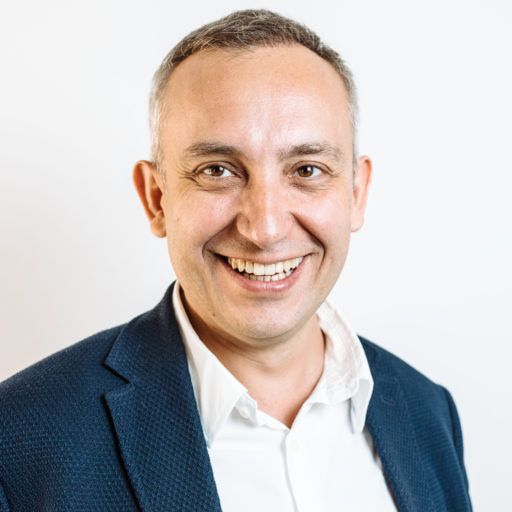 Other posts about this region:
Polen 2 comments Join the discussion
Go to Top