The State Advances, the People Retreat

It is widely agreed that Wuhan, China is the origin of this pandemic. China has also been criticized for its initial mishandling of the outbreak, including local officials’ cover-up, the incompetence of the Chinese Centre for Disease Control (CDC), and the repression of whistle-blowers. In light of what had happened in other countries, however, China’s subsequent responses were nothing short of miraculous. From its lockdown in Wuhan, to the nationwide joint prevention and control system, from border sealing to mass testing and contact tracing, China’s measures were more intense than almost anywhere else in the world. “The state of war” was frequently mentioned. The whole government and society were mobilized, and many negligent officials were removed or demoted. Rights to migrate and citizens’ privacy were truncated. Despite some complaints, the society has also generally followed the guidelines provided by government.

The effectiveness of the responses is beyond dispute. China reported no domestic confirmed case on March 19th, 2020, less than two months of the lockdown in Wuhan. As of May 31, 2020, 94.3% of patients had recovered. Even the WHO showed its appreciation on China’s effective measures. Although there were sporadic outbreaks afterwards, the situation has generally been under control. The lockdown has surely damaged the economy, but China is also the earliest major economy that has recovered and has indeed recorded growth in 2020. The control of the virus and the upbeat economic rebounds have boosted the regime’s confidence in its system and value. While the rule of law remains a slogan of the regime, many individual rights have been curtailed.

Once the state identified the epidemic as a national crisis, the state’s responses have been swift and decisive. All levels of the government and society have been mobilized. As an authoritarian regime, the state’s power is unlimited, and has penetrated in every corner of social life.

When a city was ‘locked down’, it meant it literally. Very little was left to individual choice or responsibility. The neighbourhood committees, the most grassroots level of the regime, had been invisible for years or decades before the crisis. But they have soon been reinvigorated with the political orders and new government funding. They hired contract workers from a spectrum of society to give out information, question residents door to door, and to trace contacts. In some places they limited households to sending one individual outside every two or three days to buy necessities. In others, they provided those services. Any infected person was immediately removed from his or her household and isolated in a clinic. If a family were suspected of exposure to the virus, they were not allowed to leave their homes while tests and contact tracing were being conducted. Residents were not allowed to move freely in an area with viral spread. A lockdown was not lifted before the virus was eliminated. Schools and hotels were requisitioned for quarantine facilities; and medical staff from all over the country was mobilized to support the affected areas. New hospitals were built to fight the virus in Wuhan. When imported cases increased in April, 2020, all travellers from abroad had to undergo a strictly monitored two-week quarantine.

Officials and sub-contractors making mistakes in implementing the rules have been educated, warned, or punished. At the time of this writing, the party chief of Ruli, Yunan province, was demoted for negligence in controlling the virus. Others were fired or chastised for even a minor instance of negligence.

Although the government never trusted its citizen in preventing the disease by social distancing or mask wearying, it depended heavily on citizens’ willingness to work hard for various organizations that fought the pandemic. Mass media touted active participation in the battle. It also improved personal public health literacy and skills such as washing hands.

Due to the nature of the authoritarian regime, the judicial and legislative oversight was next to non-existent. Both the judiciary and the legislative congresses were to facilitate the regime’s responses, instead of providing checks and balances. The laws in response to crises have long been legislated, so there was no need to pass new laws. Once the regime started taking the epidemic seriously, all the 31 provincial-level regions in China initiated a first-level response, citing the Emergency Response Law promulgated by the Standing Committee of the National People’s Congress. Nonetheless, it was more of a political declaration than seeking permissible measures. The judiciary remained tightly controlled by the ruling party. Many judges, like cadres of civil servants working for other branches of the government, have been mobilized to check the temperature of citizens, clean the unsanitary neighbourhoods which heighten risk of infection, and increase the awareness of the citizens about the epidemic.

The strict lockdown has nonetheless led to complaints. But the regime has stressed the prime importance of collective welfare over individual rights. The audience has been successfully persuaded. This tendency has been intensified during the crisis. A German media reported that dozens of victims of the virus have formed an alliance to sue the government. The regime has however silenced them: the courts refused to hear the lawsuits; the police threatened and interrogated grieving relatives; lawyers were warned not to help them sue. Volunteers who tried to thwart the state’s censorship apparatus by preserving reports about the outbreak have disappeared. Inside the courts, Covid-19 has been listed as the key words, alerting that the courts not to take them. This approach is termed as “the collective amnesia,” which has long been used to deal with other crises.

Taking advantage of the authoritarian nature of the regime, the Joint Prevention and Control Mechanism of the State Council, which consists of 32 sectors, was set up on January 21st, 2020 as a new coordination platform of multiple ministries at the central government level. Similar mechanisms were subsequently set up at the various lower administrative levels. Each sector has clear responsibilities and divisions, including but not limited to epidemic prevention and control, scientific research, publicity, foreign affairs and logistics support. The Mechanism has played a crucial role in organizing collective actions against the epidemic and coordinated the multi-sectoral cooperation. Since the ruling party has iron-tight control over its cadres and government officials, there is little resistance from any sectors or levels.

China has its own definition of human rights. It prioritizes life over freedom, and collective welfare over individual rights. Under such severe measures, some human rights and civil liberties have been further truncated.

The right to migrate has been restricted by the lockdown or quarantine order. Of course, those restrictions were temporary, but the severity of the measures and the freedoms deprived may not have been carefully balanced. In some cases, when one case was confirmed, the residents of the whole building, the whole residential areas, and even the whole district were forbidden to move in or out for 14 days or longer. Some areas just refused entry to any outsiders, whatever their purpose. Some citizens were not allowed to leave their home for a period of time. The measures were so strict that some criminal suspects as well as human rights advocates at large found no place to hide. The strict quarantine also applied to children, who were separated from their parents even if they were asymptomatic.

As a result of the lockdown, the cases of domestic violence have skyrocketed. This was due largely because estranged family members had to live with each other in cramped areas together. To make things worse, the help to victims of domestic violence, which was inadequate during normal times, totally vanished during the lockdown period. The marginalized also lacked basic support.

The right to privacy was severely infringed. There were reports that the government refused to collect data from social media such as Wechat to monitor and control the virus’s spread. But that sounded skeptical, given the heavy-handed tactics of many lockdown policies. In some areas, the identities of the confirmed cases were disclosed, together with their addresses. Tencent and Alibaba helped the government develop “health code” apps. Anecdotal evidence suggests that the monitoring has been so successful that people driving by the affected area were detected. The itinerary of some confirmed cases was put up on the internet with the names and pictures disclosed. Upon receiving the concerns over privacy, the government soon adopted to a more reasonable approach by removing the identifying information of the cases. Personal information such as names, pictures, gender, ID, which is not related to contract chasing, has ceased to be disclosed.

The freedom of expression is another big concern. China’s tolerance of freedom of speech has always been limited; the crisis seemed only to make it worse. Li Wenliang, a doctor who disseminated warning among his social circle about Covid-19, was reprimanded by his supervisor and the police. He later died of the disease. His experience inspired waves of sympathy among Chinese netizens. The authorities had to make some compromises and declared that information on contagious diseases shall be transparent. But some reported that people were arrested for disseminating false information on the virus, based on criminal provisions promulgated before the pandemic. The authorities were worried that this type of information might cause social anxieties, panics, and instability.

The lockdown also had massive economic consequences. A wide range of stores, restaurants, gyms and cafes were not allowed to open. Some companies suffered a steep drop in sales. Many venders had been laid off from low-level jobs in factories and other businesses. Even people with stable work often found their salaries slashed. But the government never compensated these entities or individuals. In economic terms, they were largely on their own. Instead of offering cash payments to citizens, the government only encouraged entrepreneurs and individuals to figure out their own solutions.

China has managed to control the virus. The pandemic may even have strengthened the regime. The first quarter of economy in 2021 reported a surge of 18%, and surveys find that Chinese citizens are largely satisfied with the measures taken by its government. The success in control of the virus, the economic recovery, and the general support from the people makes the regime complacent on its reining style. These may boost the regime’s confidences in its theories, cultures, institutions, and roads, as Xi Jinping repeatedly emphasized. The regime thus has little incentive for more open society, judicial independence, or protection on individual rights. Whether the trend of “the state advances, the people retreat” remains to be seen, Covid-19 may be a critical juncture for the rule of law backsliding in China.

Nonetheless, such a satisfying sentiment among the people is not evenly distributed. The handling of the crisis exposed both long existing and new problems. The regime should learn from these lessons. It should allow more transparency in the provision of information and freedom of expression, so as to increase the awareness of the disease – particularly when it has been covered up. In the coming year, for example, the information on the risk of vaccines should be made known, as well as information related to the compensation for vaccine related injury.

As a final point, since equal protection before law is a principle endorsed by the regime, it should also find ways to protect the socially underprivileged citizens due to the pandemic. This should include: institutionalizing supports for the victims of domestic violence, the elderly who struggle with digitalization information system, the unemployed, and those who have no family members. 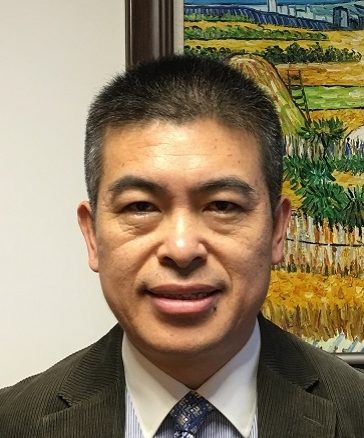 Xin He Xin He is Professor of Law at University of Hong Kong.