The Uncertainty after the Coup

Along with other Western states, Germany is facing the uncertainties after the coup on 1 February by the Myanmar military, or Tatmadaw. Germany has multiple foreign policy operations within Myanmar, with political parties advancing various agendas supporting Myanmar’s democratization. Myanmar is not the only development aid project but one of a slate of countries representing German interests in Southeast Asia. Myanmar’s place in German foreign policy, however, is now disrupted by the coup. The prospects of a return to military rule suggest a need for a German rethink of its Myanmar strategies.

There are a number of factors that should be considered in a German foreign policy response to the Myanmar crisis. It is important to note the attempted legal justification asserted by the Tatmadaw for the coup and the inconsistency in internal logic in the coup. It is also relevant to consider the potential outcome scenarios. It is further useful to recognize the factors that may allow Germany to fashion alternative scenarios.

German considerations vis-à-vis Myanmar should be informed by a number of observations. First, the presence of legal arguments for the coup. Foreign audiences may be tempted to see the Tatmadaw’s takeover of an elected civilian government as emblematic of a broader Asian history that adhered to Mao’s dictum “Power comes from the barrel of a gun.” The Tatmadaw has made efforts to justify their actions through legal arguments. Specifically, the Tatmadaw alleges voter fraud in Myanmar’s November 2020 elections were unaddressed by the country’s Union Election Commission. This event spurred the military to invoke Sections 417-418 of Myanmar’s 2008 Constitution for a state of emergency through which all executive, legislative, and judicial powers were transferred to the military. Under Sections 417-418, the military announced that it would hold new elections after a year. Such technical reasoning indicates an attempt to seek the legitimacy of law, with the constitution serving as an instrumental function to justify political ambition. International and domestic critics of the coup note that Sections 417-418 require a state of emergency to be declared by the elected civilian President. In order to circumvent that provision, the Tatmadaw accused President Win Myint of crimes, arrested him, and then substituted him with a military-supported replacement who promptly handed over power to the military. The Tatmadaw also arrested Daw Aung San Suu Kyi, State Counsellor and head of the National League for Democracy (NLD), for alleged crimes. The Tatmadaw went further, arresting all the Hluttaw members of the parliament, whether or not they belonged to the ruling NLD or other political parties. As much as critics point to such actions as indicators of ambitions to reinstate military rule, the effort to cite the 2008 Constitution, even if problematic, indicates a desire for the Tatmadaw to be recognized by international and domestic audiences as the legitimate sovereign political authority for Myanmar.

Second, it is unclear why the Tatmadaw believes that a coup places them in a better position than they enjoyed under the 2008 Constitution. Under the 2008 Constitution, Myanmar is not a democracy but rather what political scholars term a “hybrid regime” combining democratic and authoritarian elements. The 2008 Constitution placed the Ministry of Border Affairs, Ministry of Home Affairs, and Ministry of Defense under the military’s control and further allocated 25 percent of seats to military officers by rule. Such a military presence in legislative and executive affairs is comparable to Suharto-era Indonesia’s regimes and the current Thailand government. During the 2008 Constitution, the Tatmadaw retained a prominent political role, maintained its ownership over major business enterprises, and profited from a restoration of international trade and foreign investment. Simultaneously, they benefited from the civilian leader Daw Aung San Suu Kyi, willingly accepting international blame for the military’s actions against the Rohingya. To set aside such privileges for a coup suggests ulterior motivations: Either a belief that the global community will recognize its authority and powers or that international opprobrium will be merely temporary and superficial. The issue, however, is that hybrid regimes tend to be unstable. A study by the United States State Failure Task Force in 2000 found that hybrid regimes are the most unstable of all political systems and invariably collapse due to intractable internal conflicts that force either a reversal to full authoritarianism or transition to full democracy. As a hybrid regime, Myanmar was always in transition between an authoritarian military and a democratic civilian populace. The military’s belief that it can engineer a revised hybrid system thus ignores history’s lessons and ignores domestic realities.

The above uncertainties leave open a range of potential scenarios, each of which poses its particular problems. The first potential scenario is a “hard coup” returning Myanmar to the conditions of the years 1990s to 2000s, when the military focused on subjugating the population, ceased all development, and minimize international cooperation. This would be most tragic for Myanmar’s people, which under the 2008 Constitution emerged from isolation to learn about the broader world and engage with the promises of global opportunities. The second scenario is a “soft coup” similar to Thailand, with a military-dominated state controlling development and enjoying full international cooperation. This would effectively add a more authoritarian flavor to the 2008 Constitution. However, the West is more tolerant of the Thai military than the Tatmadaw. An acceptance of a military coup would be galling for pro-democracy foreign policy agendas of Western states. In addition, the comparative socio-economic status of Thailand and Myanmar shows that the Thai military is more competent in development policy than the Myanmar military. It remains unclear if the current Myanmar military has the capacity to solve socio-economic problems effectively. The last scenario is “aimlessness,” with various factions vying for authority. Consequently, the conflicts in decision-making will lead to inconsistent or contradictory policies. This is counter-productive for the country’s progress but is also problematic for international actors seeking to establish relations with Myanmar. Without the certainty, predictability, or stability necessary for long-term deals, international actors will deter from Myanmar to seek better opportunities elsewhere.

None of the above scenarios is entirely palatable for German foreign policy and requires Germany to create alternatives. In seeking alternatives, it is helpful to consider that the circumstances in Myanmar are different now compared to the previous uprisings of 1988 and 2007. In particular, Myanmar’s civilian population is far more sophisticated than previous generations, with the time under the 2008 Constitution involving the wide proliferation of 21st century information and communications technology that opened Myanmar society and connected it physically to international goods and services and intellectually global ideas and practices. Recent events in the coup testify to this—as much as international news audiences may have interpreted the initial tentative protests as signs of a timid population, they overlooked the unseen deployment of social media, and other internet resources that fostered a civil disobedience movement that references international political and social vernacular; cites Western principles of civil disobedience; and seeks outreach to the international community. With such crowd-driven technology, the civil disobedience movement has been amorphous, spontaneous, and viral, spreading to span cities and towns across the country and involving civil society, government civil servants, and private sector actors, without the need for leadership, enabling faster and more dynamic civil society responses than the Myanmar that existed in 1988 or 2007. The challenge for Myanmar’s population’s intellectual growth is to maintain internet and wi-fi access, which is a function of military willingness to suffer nation-wide internet shutdowns.

Such sophistication also extends to civilian leadership. Of particular significance for foreign states is the awareness of international law debates regarding states and governments‘ recognition. Despite the military takeover, Myanmar parliamentarians formed a separate Committee Representing the Pyidaungsu Hluttaw (CRPH), claiming to be the legitimate political authority for the Myanmar state. Such effort suggests an understanding of the nuances of diplomatic debates towards recognizing a state or a government to provide evidence to raise questions regarding effective control, political legitimacy, and subsequently diplomatic ties. The challenge will be to continue existence under a military regime retaining the instruments of violent force.

A final note is the nature of 21st century international business. Under the 2008 Constitution, Myanmar gradually increased engagement with the global economy. While critics were frustrated by the slow pace engagement, it was sufficient to expose Myanmar’s economy to international private sector actors. The behavior of such actors in a 21st century global economy is marked by increased sensitivity to public reputation, shareholder activism, and alternative global options. This has already manifested itself in the current coup, with Thailand’s Amata Corporation announcing a halt of a US$1 billion real estate development and Japan’s Kirin announcing the end of its partnership with the military-owned Myanmar Economic Holdings. Such events point to the concerns of private markets for shareholder sensitivities and public reputations. In the wake of the coup, more foreign investors will likely withdraw from Myanmar until there is assurance of conditions more acceptable to international shareholders and the global public.

Whether the above 21st century trends are sufficient to alter outcomes for Myanmar are unclear. However, they do provide additional factors for German foreign policy considerations that were not present in the previous 1988 and 2007 uprisings. Whatever Germany’s ultimate deliberations regarding Myanmar will be, any action should be done in concert with other Western democratic states. The past decade has witnessed a global erosion of democracy, with a disturbing number of regressions occurring within Southeast Asia. Because of its geostrategic position between India and China, Myanmar constitutes a bulwark against the further erosion of democracy out of Southeast Asia into the Indian Ocean. Further, despite the Tatmadaw’s historical efforts, Myanmar is a fragile state that has been chronically beset by internal conflicts with armed ethnic groups sustained by illicit, mutually supportive trade networks in gemstones, timber, wildlife, people, narcotics, and weapons. Such problems have made Myanmar a source of refugees, crimes, and conflict, straining the resources of Myanmar’s South Asian and Southeast Asian neighbours. Myanmar is a destabilizing presence for both regions. To the extent that Germany and the West have interests in South Asia and Southeast Asia, there is a need for unified action to address the geostrategic scale of problems posed by the recent coup.

Other posts about this region:
Myanmar 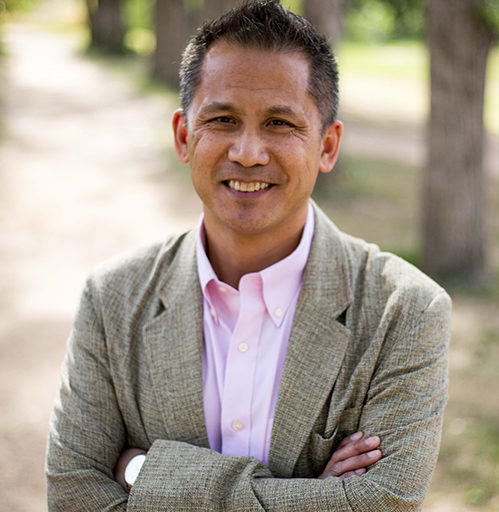 Other posts about this region:
Myanmar No Comments Join the discussion
Go to Top