In order to understand the question of justice in the EU we need to draw a distinction between two domains of justice: constitutional justice and justice in resources. Constitutional justice is that which applies to the basic institutions of a political community. It deals with the ways in which persons are related to each other as citizens, i.e. as agents that share in the exercise of power. Constitutional justice requires us to set up institutions that treat everyone as free and equal members of a political community. By contrast, justice in resources, which can be either distributive or corrective justice, concerns the way in which goods, services, risks and opportunities are distributed within a given society.

Constitutional justice is prior and fundamental. Whatever distribution of resources is achieved through illegitimate methods, however benign and egalitarian it may be, suffers the stain of fundamental injustice. Corrupt courts and absolute monarchs cannot be legitimate decision makers and cannot produce just results, even if the substance of their decisions appears to be fair. This is why modern democracies set out matters of constitutional law as issues of moral and legal priority. Such matters are protected by a written constitution or clear constitutional guidelines and through the force and powers of jurisdiction. The separation of powers, the independence of the judiciary, the rule of law, the protection of human rights and all associated principles of public law are the essential ingredients of any legitimate political structure.

The second domain of justice, justice in resources, follows in the footsteps of constitutional justice: all the institutions of distribution are subject to the rules about law, adjudication and jurisdiction set out by constitutional rules. Although it is possible to imagine that some distribution will be seen to be just or fair, there is no way in which persons can have clear and just relations with others unless they know that they have equal standing before the law and before lawful officials, e.g. judges, or law-makers. In other words, without the assurance that a constitutional system of jurisdiction gives about the enforcement, publicity and legitimacy of laws and decisions, no system of justice in resources can be just. So the two domains are distinct, but closely interconnected.

The problem with the EU is that we have not yet settled what form of institutional arrangement the principles of constitutional justice require. It is clear that Member Stats remain the main constitutional systems of jurisdiction – and the Treaty recognises that. But at the same time, supremacy and direct effect transfer many of these powers to the EU. So we are still at a loss when we ask the question, ‘is there a democratic deficit?’ We are still not sure if, and to what extent, the ordinary principles of democracy apply to the EU. Larry Siedentop believes there is such a deficit. Andrew Moravcsik denies that.

This is very important for the institutional design of the EU. For example, if there was a single all powerful legislative chamber elected through elections throughout Europe, would that be more or less democratic? Any proportional such system would eliminate the influence of small states over their own government – at least compared to the present state of play.

The uncertainty about the appropriate theory of institutions for the EU – and the currently inconclusive debate between federalists and internationalists – does not mean that the constitutional architecture of the EU and the member states is unjust. It may be that we are not sure how to explain our intuitions – hence we often talk of a ‘sui generis’ entity – yet one possible outcome is constitutionally the EU is not unjust. It may be that it strikes the right balance between central institutions and self-government, or between principles of representation and accountability. We all of course think of improvements, but this does not mean that the current structure is illegitimate.

One area where all these issues are relevant to current problems is the crisis of the Eurozone. Whatever the general theory of the constitutional justice of the EU, the crisis has created new institutional forms that has challenged the standard picture. For example, one the most influential institutions in Europe today is the Eurogroup. It remains, however, an informal meeting of ministers and its decisions are not subject to ordinary processes of accountability such as parliamentary scrutiny. The European Central Bank has acted both as regulator and lender for some of the countries that have entered a bail-out programme. So the Eurozone crisis has created new constitutional questions.

But most importantly, the Eurozone crisis has raised serious concerns about injustice in the distribution of resources, burdens and risks. The functioning of the Eurozone has had great unintended consequences. In the past five years five member states have needed assistance of one kind or another (Greece, Portugal, Ireland, Spain and Cyprus) and are going through painful adjustment. This shows that the problem is systemic, not particular to each one of them.

The problems in the design of the Eurozone, which is not an ‘optimal currency union’ are well known. The Eurozone lacks a common fiscal power and it also lacks the automatic stabilisers that other currency unions apply among their various regions, such as federal unemployment and housing benefits, shared healthcare costs, the pooling of bank risks and deposit insurance and the availability of a lender of last resort. The Eurozone also lacks, mostly due to language and regulatory barriers, the easy movement of workers across state borders seen in the United States. The Eurozone is thus a highly unfair economic and monetary union. It exposes its member states to great flows of finance and trade that can easily destabilise them. It then magnifies disproportionately the consequences of failure, by preventing states from using monetary or fiscal policy for a soft landing when they need it.

The winners, by contrast, have enjoyed extraordinary benefits. Germany has enjoyed low interest rates and a fixed exchange rate between itself and its major European markets, with whom it trades freely because of the institutions of the internal market. This means that its export boom has not been offset by a rise in its currency. If Germany had been outside the euro, currency appreciation would have hurt its exports dramatically. But this cannot happen inside the Eurozone. So the institutional design harms the economies of the periphery for the benefit of those of the centre.

Germany’s political class seems happily oblivious to the unfairness of the Eurozone. It refuses to play its part in correcting the trade imbalances with its partners and appears committed to the fiction that fair competition exists between firms in Germany and firms in the periphery that have no access to banking finance nor the economic or political stability that could bring them any investment. The German constitutional court has even declared (in its 2014 outright monetary transactions judgment) that ignoring the consequences of Germany’s policies outside Germany is some kind of ‘constitutional duty’. It has dressed up conservative policy as legal doctrine.

The legacy of the Euro in many of the peripheral states is economic implosion, rising inequality, widespread corruption and dramatic loss of trust in democracy and the EU. This is not the result of isolated domestic failures, although these are real enough. It is also a result of collective decision-making that completely misjudged the Eurozone’s design and its possible effects. These are all serious injustices, both in terms of resources but also in terms of constitutional design. We have created a trade and monetary union where the risks, burdens and benefits of our cooperation are distributed very unfairly and very unevenly among its members. The design works for the stronger economies, but not for the weaker ones.

This is collective problem, which can only have a collective solution. The most urgent problem of justice in Europe in my opinion, is the unfair structure of the Eurozone. 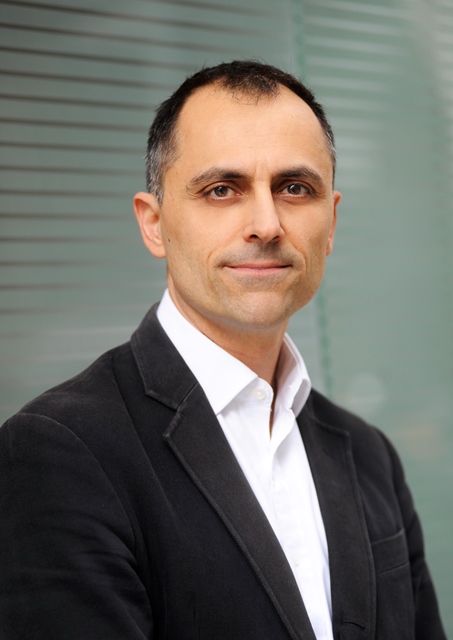 Pavlos Eleftheriadis Pavlos Eleftheriadis is a Professor of Public Law and a Fellow of Mansfield College at the University of Oxford and a barrister at Francis Taylor Building.
Other posts about this region:
Europa 1 comment Join the discussion
Go to Top