In 2014 I began the first steps of what would become my research on cities and migration (de Shalit 2018). I conducted one of my first interviews in Berlin. It was a pleasant morning. I strolled the streets in search of interviewees and approached a school yard, where a local Berliner, who had just said goodbye to his eight-year-old child, was prepared to answer my questions about locals‘ attitudes towards immigrants. „Immigrants?“ he repeated my word with disgust. „They are responsible for the rise in crime rates here. They rape, they steal, and they cheat. You just cannot trust them. They exploit the good will of the German welfare system. And on top of this, they are not really Christian. You know, I don’t care if one goes to church or not, but they are different; they have their own religious beliefs, which are so different. They should not be here.“

I was a little bit surprised, not so much by the content as by the forceful manner in which he spoke. I asked, „Well, could you please describe your most recent encounter with immigrants?“ „Sure,“ he replied, „only yesterday I escorted my child to school, like I did today, and I saw another child standing in the school playground, crying. So I asked my child what happened to him, and my child said, ‘Oh, he is from a family from Kosovo; they came here a week ago and he doesn’t know anybody or speak the language properly, so he cries all day.’ I looked at my child and said, ‘Well, then, go and invite him over; tell him he can come and play with you this afternoon. We don’t want him to stand crying here all day.’“

What happened to this interviewee? The interviewee changed, very rapidly, from expressing xenophobic and intolerant attitudes towards the immigrants to expressing care and concern, in a very warm manner. One could think that this was due to him seeing a crying child. But in my interviews I found that those who express intolerance towards immigrants rarely if ever distinguish between men, women, children, and the elderly. Rather, what happened to this Berliner was that he changed from ‚thinking like a state‘ to ‚thinking like a city.‘

Indeed, in the interviews following this one people spoke about immigrants very differently when they were asked about them in the context of the city, rather than in the context of the state. This actually should not surprise us. Most of our encounters with immigrants are as city-dwellers and as city-zens (citizens of cities) rather than as citizens of the state. It is when we stand in the queue, when we shop in the local grocery shop or at the local market, when we notice who cleans the city’s streets, who drives the city’s taxis, and, often, who works as a nurse and as maintenance people in hospitals. In that context city dwellers, whatever their national political opinions are, have no reason to hate or feel intolerance towards the immigrants. Quite the opposite, city dwellers are likely to like them, see the human in them, feel that they share the city’s public space with them.

This is so because the city is not only a „densely populated area of continuous settlement, which is organized as a single jurisdiction“ (an often used formal definition of a city); the city is also a state of mind, a certain political and social consciousness.

It is easy to see how the city is a political consciousness distinguishable from the state by comparing how inhabitants of cities perceive their cities with how they perceive their states. Consider how New Yorkers perceive the USA today: probably as a state torn between liberals and conservatives, suffering from / benefitting from a controversial administration under the leadership of President Trump. Now consider how they perceive New York City: a hectic, ambitious, and busy city which is the center of the world, not only the USA, regardless of, and independently from, any administration in Washington DC (Bell and de Shalit 2011; Acocella 2008). Or consider another example: many think of my own state, Israel, as a right-wing country that is engaged in occupation and the denial of human rights. But this is not how residents of Tel-Aviv see their city. Instead they perceive it as a very hedonistic, liberal, 24/7 city, which is thought to be the ‚gay capital of Europe.‘ We could continue by comparing how Londoners, as well as people outside the city, think of London, a multicultural, cosmopolitan city, with half its residents born outside the UK, and how they think of the UK, which is currently engaged in the Brexit process, regressing from its status as a world leader, isolating itself from Europe. These examples, as well as the example of the Berliner interviewee, indicate that a city, especially a metropolitan city, is indeed (among other things) a certain state of mind, a political consciousness.

And, as such, it seems that for many people in the developed world, and mostly in metropolitan cities, the answer to the question that Rainer Bauböck raises is already given. Of course urban citizenship should be distinguished, indeed emancipated, from nationality. Urban citizenship is so different from nationality – the city is cosmopolitan, impartial, flexible, and open towards whoever enters it, whereas the state and the nation tend to be particularistic, partial, closed, and inflexible because they are trapped in their institutions, which are not easy to change. Moreover, the city is sheer fun – it is hectic, hedonistic, it is a Mecca for foodies, it is a center of culture, and it is full of opportunities. This is true even for the newcomers, the immigrants, who reach their destination city and there can rise from their despair and recover from their long journey, inspired by the hope that they derive from and associate with the city of destination. Many would describe their city and living in it as ‚fun‘ (consider how people describe Copenhagen, Amsterdam, Berlin, Shanghai, and how often we see stickers I love Amsterdam/ Berlin, etc.); but rarely if ever will we hear somebody saying that ‚Denmark is fun, Holland is fun, Germany is fun, or China is fun.‘ Never do we see stickers announcing I love Holland or I love Germany, etc. The state is so serious, stable, demanding, and often unpleasant. So part of my answer is that the question comes, in a way, too late. The train has already left the station. The rise of urban city-zenship in the form it has taken is irreversible.

And yet, Bauböck is spot on in his cautious approach to this divorce between city-zenship and the nation. He argues that many of the current challenges the world is facing require „a multilevel political architecture, in which supranational, regional and local political authorities play different but complementary roles.“ Any environmental activist should agree. How can you think globally and act locally if you do not adopt this framework? So cities should calm down a bit. Yes, it is heartwarming to see how mayors and cities step in when a vacuum is created, e.g., when Trump’s administration retreats from the USA’s endorsement of the Paris agreement. However, states are needed in order to invest the huge sums of money in research and development of alternative technologies, to coordinate between all the institutions, firms, and individuals, who have good intentions, to introduce novel education policies to educate the young generation about the risks associated with climate change, and to legislate and regulate so that all members of the nation will adopt a more responsible and environmentally friendly way of life.

Bauböck’s second reason for thinking of a multilevel political architecture is the ‘democratic recession’ and the rise of populism. Urban citizenship, he argues, must be complimentary to, not instead of, national citizenship, and should go hand in hand with some form of international citizenship. This has some far-reaching institutional implications, e.g., national citizenship itself should be open for immigrants‘ naturalisation and should „automatically include second generations born in the territory.“ We therefore need „urban citizenship that is derived from residence rather than nationality and that complements national citizenship instead of replacing it.“ An interesting question, which might raise some worries among nationalists, though, is whether urban citizenship should be granted to immigrants before their naturalisation. Some countries accept this, but in most states becoming a national citizen is a prerequisite for voting in municipal elections as well. Thus although some cities around the world were pioneers in this respect, e.g., Toronto and Hamburg, deciding to offer immigrants who settled in them voting rights in municipal elections before naturalisation, yet they failed to implement this because of appeals to the Canadian and German Supreme Courts (Lenard 2015). It seems that, in some countries, city-dwellers are more ready for the combination that Bauböck offers than their fellow citizens in small cities and rural areas.

I want to suggest a third reason why we need urban city-zenship on top of, and side by side with, national citizenship, and, arguably, global citizenship. In a study I have been conducting with Jonathan Wolff in several European and South American cities, we have found that when city-dwellers are asked two questions—what bothers them about inequality in the city and what bothers them about inequality in the state—they raise very different concerns. We conclude that people’s political expectations from the city authorities and the city as a whole are very different to their expectations from the state and the national government. For example, when asked about inequality in the city, very rarely do city-dwellers relate to material inequality of any kind (income, pensions, etc.); however, they do mention quite a number of expectations and concerns that are spatial (access to parks, distance to kindergartens and schools, number of pubs in one’s area, frequency and variety of public transportation, commuting time) and, perhaps more interestingly, relational (feeling secure and relaxed in one’s neighbourhood, social capital, trust, capability to enjoy the ‘cool’ parts of the city and genuinely feel part of it, and the like). The latter expectations are not mentioned when these people are asked about their concerns with regard to inequality in the state. If this is so, then urban city-zenship differs from, and complements, national citizenship, and the two institutions—the state and the city—should focus on what they are, apparently, more capable of providing. The state and national citizenship will probably relate more to material inequality; whereas the city and city-zenship will relate more to spatial and relational inequality. 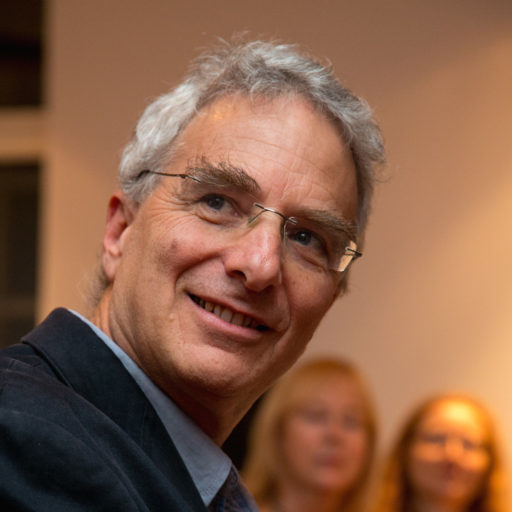