Those Dazzling Stars of Peace, Democracy and Freedom

A Georgian, post-Soviet Perspective on Russia, Ukraine and the West

In the dark, post-Soviet 1990s, Europe and America were viewed as shining spots by us, the young people, born in the Soviet Union. Embodying the West, they served as dazzling stars, relieving the darkness and promising freedom, security and happiness.

I associate the brightest star with the symbol of human rights. I fondly remember myself, as a third-year law student, getting a strong sense of pride over the Chapter Two of the newly adopted Constitution of Georgia that is devoted to human rights.

I find the European Convention on Human Rights and the Basic Law of Germany to have formed the basis for my professional inspiration. All subsequent professional steps I ever took were imbued with the idea of human rights. I had pictured the whole of Western culture and politics to be the guarantor of an international order based on human rights.

We, the new generation of the post-communist society, sought guarantees of human dignity and freedom in Europe, and saw international law as a heaven of freedom, securing national independence and providing the starting point of democracy.

After the collapse of the Soviet Union, Russia constantly tried to exert considerable influence over its neighbors through its aggressive foreign policy. Series of attacks on its neighbor states, human rights abuses and gross disregard for international law were maintained in the name of “protecting its own citizens”. For the past decades, I have always talked about it out loud, constantly argued that Europe had to rigorously evaluate Russia’s occupation policies in Georgia, Moldova, Chechnya, and now, in Ukraine… Unfortunately, I failed to convince my European friends and colleagues.

The – perhaps naïve – confidence of post-Soviet people in the international order is further evidenced by the fact that in 1994, Ukraine agreed to nuclear disarmament, renouncing the world’s third largest nuclear arsenal. In doing so, Ukraine made a historic contribution to global security. Under the 1994 Budapest Memorandum, the United States, the United Kingdom and the Russian Federation made a political commitment to be the guarantors of the Ukrainian sovereignty. Take a look at what Ukraine has benefited in exchange of its concessions and if any of the nations or international organizations of the “civilized world” were able to prove to serve as guarantors of its security.

In addition to undermining human rights and Ukraine’s sovereignty, Russian aggression posed a serious threat to nuclear non-proliferation around the world. The non-fulfillment of the commitments made by the guarantor states of Ukraine in exchange for nuclear disarmament breaks the international agreements, as well as the international security system in general. A number of countries are still facing the necessity of nuclear armament.

This highlights the importance to answer the question to which extent Putin’s aggression against Ukraine could have been anticipated. Clearly, it was quite real and predictable for the whole world. Turning a blind eye to Abkhazia, Dnipropetrovsk, Samachablo (Ossetia), Grozny and Crimea not only stopped but also increased and fueled Russia’s self-confidence. What has the world learned from its lessons? As reported by Reuters, EU member states, including Germany and France had kept supplying weapons worth millions of euros to Russia since 2014, despite the embargo. The fact is that for decades Europe has been strengthening Russia not only economically and militarily, but also mentally. That is exactly the reason for Russia having regained its imperialist intentions and, as never before, gathered the strength in all respects to become the sole “master” of the Eastern Europe, ignoring the international principle.

Why has Europe rejected Kant’s theory1) of democratic peace in favor of Russia? It is one of the foundations of foreign policy thinking in the West today, of establishing and maintaining peace in international relations. According to the theory of democratic peace, the foreign policy of a country is determined by the regime in the state and relies on the idea that democracies do not fight each other. The presumption is that in democracies, the electorate, making up the vast majority of the population, tries to avoid an armed conflict or war that could only bring trouble to the population. Based on this concept, it is only acceptable to collaborate and partner with democratic countries. This poses a question regarding the totalitarian Russia being a “reliable friend and partner” to Europe: why did the West embrace the totalitarian Russia as “reliable friend and partner”? Why are only the “other” states of non-EU Eastern Europe required to protect human rights, the rule of law and democracy.

Today, even the biggest advocates of Europe are beginning to look at Article 78 of our constitution with a mixture of sadness and hopefulness. It obliges our government to take all measures to ensure Georgia’s “full integration into European and Euro-Atlantic organizations”. With no other solution appearing on Georgia’s horizon so far, a reasonable doubt emerges and settles down on our aspiration that it is either running into a naïve or stupidly insistent endeavor. We are against accepting the choice between “peace and freedom”; instead we desperately need both of them.

Before the armed attack on Ukraine, we kept fairly close and positive relations with Russia. Today, the rules of the future game have been radically changed, urging Eastern Europe and the whole post-Soviet space to face a new reality. Unfortunately, there seems to be more room for Euroscepticism within our society today than ever before!

For Europe, it must be clear once and for all that even though Russia is fighting on the territory of Ukraine, the bigger picture sees an attack against the very values that the European Union was created for: peace, democracy and freedom!

Solidarity must be the only response! Without solidarity, Ukraine, Georgia, Moldova and, of course, the European Union itself are doomed. No matter how sincerely, or even hopelessly, this Western myth of human rights and international law might sound – we, the Eastern Europeans must turn it into a reality. This seems to be the only way to survive and save our large European family.

Other posts about this region:
Georgia, Russland 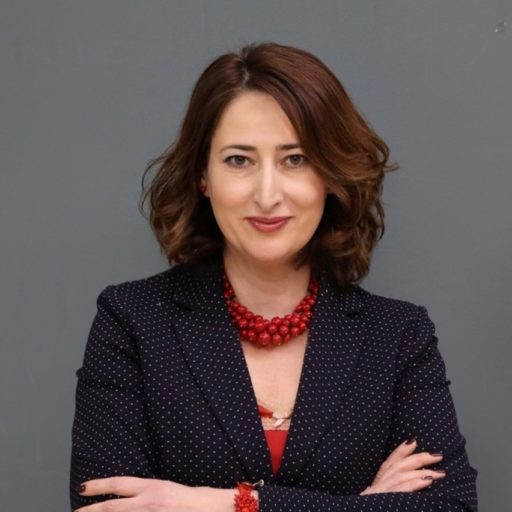 Other posts about this region:
English Articles, Georgia, Russland No Comments Join the discussion
Go to Top