Time for Military Integration in the EU?

Armed aggression and the scope of Article 42 TEU

For decades, the EU’s security and defence policy was largely looked at as a theoretical piece in the overall puzzle of the Union’s external role. Wars belonged, we believed, to the past, and the relevance of a common security policy was found in crisis management or in broader, non-military aspects of security, putting more emphasis on the solidarity provisions in Article 222 TFEU.

During the past week, however, the unthinkable happened, and European defence policy has taken a significant leap forward. This brings to fore questions about the legal nature of the security and mutual assistance provisions in the EU Treaties, including the relationship between aligned and non-aligned States in EU defence policy.

We discuss how the mutual assistance clause established by Article 42(7) TEU is understood, and focus on how it is read in Finland, which has so far opted for close cooperation without full membership in NATO and been active in the discussions concerning this provision.

While Finland has been swaying in its positions on common defence policy and common defence, in the Finnish discussion on the European Union, EU and security have always been closely integrated. The historical and geopolitical reasons for this are evident. Joining the EU (1995) was seen as joining a security union as much as an economic one. Yet, the fresh Maastricht Treaty provisions were not considered problematic from a point of view of non-alignment. The Finnish position on integrating a common defence clause has been more reluctant.

We start with a brief history of Article 42(7) TEU. We argue that its somewhat ambiguous wording reflects the ambition to mediate between the aligned and the non-aligned; yet it reflects a solid legal obligation that builds on strong solidarity among EU Member States. The possibilities of the provision have been left to a large extent underexplored, which we trace to the reluctance of NATO states to develop EU operational capacity. With the end of the war in Ukraine not yet in sight, we discuss the legal relevance of the provision in the new world emerging from the crisis.

If a Member State is the victim of armed aggression on its territory, the other Member States shall have towards it an obligation of aid and assistance by all the means in their power, in accordance with Article 51 of the United Nations Charter. This shall not prejudice the specific character of the security and defence policy of certain Member States.

Commitments and cooperation in this area shall be consistent with commitments under the North Atlantic Treaty Organisation, which, for those States which are members of it, remains the foundation of their collective defence and the forum for its implementation.

When the expiry of the WEU Treaty came nearer, the more tangible elements of WEU, such as the Satellite Centre, were transferred to the EU. The defence clause also needed a placement, while the EU needed a way of expressing the new security and defence implications of the Union. As a result, Article V was incorporated in the draft Constitutional Treaty (later the Lisbon Treaty).

Yet, the Articles are not identical, and most notable is the lack of specific reference to ‘military’ in Article 42 TEU, which refers more generally to ‘aid and assistance’. Leaving out the word ‘military’ made the obligation easier to accept for the neutral and non-aligned members. Yet, the compelling and comprehensive nature of the provision was left intact. It would seem clear that military means are included even if they are not explicitly mentioned. ‘All the means’ is comprehensive in its approach, but leaves space for the Member State that becomes victim of an attack to define what kind of assistance it needs, and for the others to specify what that assistance could consist of.

When Finland ratified the Lisbon Treaty, the final paragraph of Article 42 TEU was explained by the government as a clear legal obligation on all EU states to offer aid and assistance by all means in their power. It constitutes a legally binding commitment for all Member States to offer assistance, and an equal right to receive assistance. The Parliament’s Committee on Defence stressed that the bindingness of the provision is not hampered by the Union’s current lack of institutional or operational capacity in this area: the Treaty creates a commitment to both provide and receive assistance, and this is not affected by the relationship that the Member State has to NATO. From the perspective of international law, the provision is written in a highly binding manner, which also Finland should take into account in its own action. Yet, it took a long time for the domestic Act empowering the Finnish Defence Forces to engage in such action to enter into force (2017). It was relied on for the first time in the evacuation operation from Kabul airport in August 2021.

We believe there are three important dimensions to this formulation of Article 42(7) TEU: First, it indicates that the aims of national defence reach beyond purely national interests, and national defence may be needed to defend another Member State. This reading is also supported by the many references to solidarity among the Member States that can be found scattered around the Treaty, including the title on CFSP. While national defence remains under national competence, it is exercised in a broader framework established by the EU Treaties.

Second, Article 42 TEU specifies that the EU’s defence policy “shall not prejudice the specific character of the security and defence policy of certain Member States and shall respect the obligations of certain Member States, which see their common defence realised in the North Atlantic Treaty Organisation (NATO)”. This reference was added following a specific request by the neutral and non-aligned members (Finland, Sweden, Austria and Ireland) in the negotiations on the Draft Constitutional Treaty in 2003. The intention was to ensure the compatibility of their policies with the Treaty; basically, they wished to ascertain that the Treaty would not constitute an explicit binding military alliance. This was of particular importance for Austria, which is bound to neutrality by the 1955 Austrian State Treaty and its constitution, which prohibits entry into military alliances. The situation in Finland is different: while the Constitution of Finland includes a clear provision on EU membership, it does not make reference to non-alignment. Under Section 1 of the Constitution,

Finland participates in international co-operation for the protection of peace and human rights and for the development of society. Finland is a Member State of the European Union

Finally, there is a third element of complexity in the Article: “consistent with commitments under NATO”. Here, we have an interesting case of overlap between provisions of two different organisations. The strong reference to NATO and, above all, the priority or precedence given to it, can be legally explained by the fact that NATO membership and the obligations thereof could not be overrun by a subsequent organisation or treaty, which is also why an explicit reference to the UN Charter was deemed necessary. Politically, the priority can be based on the fact that NATO is the organisation with the command structures, infrastructure and operational planning needed for collective defence.

Article 2(4) TFEU allocates the EU competence “to define and implement a common foreign and security policy, including the progressive framing of a common defence policy”. Article 42(2) TEU specifies that “this will lead to a common defence, when the European Council, acting unanimously, so decides.” This provision includes a commitment to progress in the direction of common defence, even if its exact structure and timing is left open. The provision would enable a significant development of Union operational and institutional capacity, and it would enter into force without Treaty reform, after approval by the Member States in accordance with their constitutional requirements.

The Treaties thus provide a clear legal basis for more independent EU defence policy; something that for the non-aligned States could provide an attractive option. However, the debate about exercising this competence is not legal but (security) political: the EU lacks the NATO’s preparedness and required capacities for operational planning and execution. It has also been clear that any development by the EU towards such capacity has been opposed to by NATO and its members.

In recent years, Finland has been actively promoting a discussion of Article 42(7) TEU, and sought to include a reference to it in the context of new EU initiatives, notably the Permanent Structured Cooperation initiative (2017). When France invoked the mutual assistance clause following the terrorist attacks of 13 November 2015 in Paris, the assistance was granted by all EU States including Finland, which sent troops to the UNIFIL UN operation in Lebanon, thus making it possible for France to free its forces to other uses. The Government stressed that Finland will act in a manner ‘it would hope other member states to act towards it and will assist France by any means in its power’.

Also more generally, Finnish security and defence policy has in the past years become much more explicitly based on international cooperation than before. It has signed a number of bi-, tri- and multilateral memoranda etc. with different countries on security and defence cooperation. These arrangements are formally non binding and cover a wide range of questions such as exercises and training. With the Nordic States, but particularly with Sweden, defence cooperation has become deep and involves political and military cooperation levels but it is not enshrined in any treaty.

The war in Ukraine has already entailed significant developments in the area of defence.

At national level, Germany quickly approved measures that offer new credibility to EU defence. Finland decided to send military equipment to a country in conflict, based on the right under Article 51 of the UN Charter to assist a country that is exercising its inherent right to self-defence.

In the EU, the war in Ukraine heightens the awareness of the need for military tools and coordination and brought up the importance to ensure the physical security of the Member States’ territory as a matter of common interest. It has already led to a very rapid rethinking on the use of the common funds under the European Peace Facility to provide some €500 million in arms and other aid to the Ukrainian military.

The obligation to offer and the right to receive assistance under Article 42(7) TEU is formulated in a way that accommodates not only the variety of Member States’ defence policies, but also the uneasy overlap between the EU and NATO. In addition, it mirrors the uneven degrees of integration within the Union: military assistance or collective defence is left to an inter-state level, so far without assigning specific procedures or a role to the EU institutions.

But despite these ambiguities, it has a hard legal core that builds on Member State solidarity towards each other. What now seems clear is that if any Member State following the war in Ukraine appealed to Article 42(7) TEU, the assistance would be assumed to include arms transfers, perhaps troop transfers, to the country in question.

This, in turn, could make the EU fully assume its role in speeding up such assistance through, for instance, military mobility. It could also become a moment for drawing a closer plan on EU-NATO coordination. Finally, Article 42 TEU receives more attention than before, as it sets a clear objective that ‘Union defence policy […] will lead to a common defence’. For us, this includes an invitation – and even an obligation – to think about the form that this common defence should take and how it should be realised. 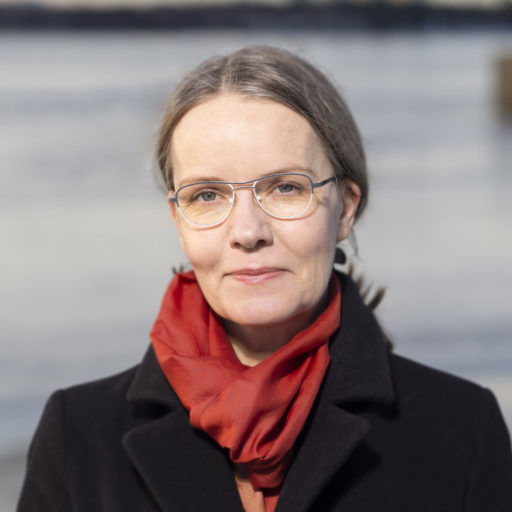 Hanna Ojanen Dr. Hanna Ojanen is an expert on European security and defence policy. She works as Research Director at Tampere University and in the H2020 project ENGAGE (Envisioning a New Governance Architecture for a Global Europe).