To Shoot Down a Judge

This text describes the story of the persecution of judge Waldemar Żurek, one of the icons of the fight for saving the rule of law in Poland – or what has remained of it. This story will probably seem incredible to many. However, it proves more than any purely legal analysis the fall of the rule of law, destruction of respect for the law, and above all, the lack of any scruples and simple human decency of people in power in today’s Poland.

This is a story focusing on just one judge, and just one episode in his persecution by the authorities, and goes into some detail. It is at the level of such detail, in the seemingly minute events and low-level, that the texture of systemic breaches of the rule of law becomes visible and shocking.

Judge Waldemar Żurek, the already legendary spokesperson of the previous National Council of the Judiciary of Poland (KRS), tirelessly campaigning to preserve the independence of Polish courts, has probably endured every kind of repression that those in power have in their arsenal, save for being suspended as a judge. While still on the previous KRS, he was treated to a year-and-a-half long investigation by the Central Anti-Corruption Bureau (CBA) which tried to pin a fraud charge on him. He was harassed with anonymous threats over the phone and in emails, his car tyres were slashed, and he was frequently hauled in for questionings in an investigation which was dragged on for years by the prosecutor’s office. To add insult to injury, the press toadying up to the Law and Justice (PiS) party made headline news of his divorce case.

Unlawful transfer against the judge’s will

In 2017 Żurek was stripped of his position as press spokesperson for the Regional Court in Kraków where he served as a judge. Next, he was transferred to another division in this court – very much against his will. One of the many disciplinary actions taken against him is for his alleged failure to promptly take up his duties in the new court division and instead appealing the transfer decision to the newly appointed KRS, dubbed the neo-KRS (due to the controversy surrounding the appointment of this authority by the politicians currently in power). Interestingly, Dagmara Pawełczyk-Woicka, the President of the Regional Court in Kraków who made the decision to transfer Żurek, also sits on the neo-KRS that will be hearing Żurek’s appeal. (Pawełczyk-Woicka is being called „Ziobro’s friend” – Zbigniew Ziobro is the minister of justice. She became infamous for conducting a purge among the judges after taking office as president of the court in Kraków.)

Judge Żurek sued Pawełczyk-Woicka for mobbing and applied for injunctive relief, requesting to be allowed back to his original court division for the duration of the mobbing case. The Regional Court in Katowice rejected Żurek’s injunctive motion.

Punishment for defending the independence of courts

It has been almost two years now since judge Żurek was forced to adjudicate cases in a court division he was unlawfully transferred to. The European Court of Human Rights in Strasbourg has just accepted and communicated to the Polish government his complaint concerning the violation of his right of access to a court (in the context of the transfer) and of his freedom of expression, given that the transfer was effected in reprisal for his actions in defense of the independence of Polish courts. All this is very reminiscent of the case in which the Strasbourg Court ruled in favor of András Baka, President of the Hungarian Supreme Court (Baka v Hungary).

Judge Żurek also continues to be the target of mobbing. When his daughter was born two years ago with a serious heart condition, he took a long leave to take care of her. His daughter’s life has remained in constant peril to this day. He then ended up in hospital himself, to receive surgery to repair a knee injured in an accidental collision with a floor cleaning machine in a corridor of his court. The chairman of the court division remained unmoved by all this and ordered new cases to be assigned to Żurek anyway. Having swamped the judge with work, he went on to dismiss Żurek’s recording clerk and deprive him of administrative assistance.

“The committee failed to confirm the accident”

Judge Żurek has now received a letter from the prosecutor’s office alleging that he failed to notify the ‘competent authority’ of having suffered an accident in the workplace, an offense under Article 221 of the Criminal Code. The allegation is rather bizarre since the cited regulation concerns action to be taken by the employer rather than employees. It is the employer and not the victim who is required to notify an accident, which clearly follows from the opening words of this Article: ‘Whoever does not notify, thereby failing their duty…’. On 13 May 2020 Marek Chrzan, a prosecutor with the District Prosecutor’s Office for Kielce-Wschód, wrote to judge Żurek ordering him to ‘provide the first names and surnames and the mailing address of the person he notified of the incident’, explaining further that, ‘in his letter dated 8 May 2020, the director of the Regional Court in Kraków notified this prosecutor’s office that the accident investigation committee appointed in the Regional Court in Kraków failed to confirm that in November 2018 you had suffered an accident in your workplace. Furthermore, the incident you were involved in was notified several months later to a wrong person.’

If there was anyone obligated to notify the ‘competent authority’ it was the director of the Regional Court himself. And if no accident happened, how could a ‘wrong person’have been notified of it?

Żurek wrote back to the prosecutor that he had informed court director Piotr Słaby of the incident on the very next day, requesting him to secure the relevant CCTV recording: ‘The director kept refusing to hand over the CCTV recording to me for four months, although this was a very important piece of evidence that would have allowed me to notify the accident and identify the person operating the [floor cleaning] machine… Given that I sued my employer for mobbing and the case was still pending, I knew that all my applications would likely be ignored if I did not have bulletproof evidence in hand, and so I tried to keep showing up at work despite being in ever-greater pain.’

Judge Żurek went on to explain in his response to the prosecutor’s letter that he did get the CCTV recording eventually, after he complained to the Chief Labor Inspectorate and this authority ordered the court to surrender the video. At that point,

“I was approached by a court employee who introduced himself as a member – or perhaps even as the chairperson – of the standing committee tasked with identifying incidents taking place in the court that merit classification as accidents in the workplace. This person advised me that he is acting on orders from the director of the court to make a note of my notification of the accident, for the record. I therefore fail to understand the director’s suggestion that a wrong person was notified of the incident. Could it be that the director of the court deliberately dispatched a wrong person to contact me?”

Investigating an incident that never happened

A new committee was appointed and duly summoned judge Żurek to a hearing, but the judge was on sick leave after his knee surgery and could not attend. That notwithstanding, he also believes that the newly appointed committee should not be investigating incidents which took place before its appointment, much less cases of incidents that have already been resolved: ‘I am now learning from the prosecutor’s letter that the new committee determined that no accident in fact took place. So what is it that we are seeing in the CCTV recording and how did my knee become injured and splintered to a degree requiring surgery?’

Judge Żurek also wants the prosecutor to explain how was it that an expert from the Institute of Forensic Research which is subordinate to Justice Minister Zbigniew Ziobro conducted an inspection of the floor cleaning machine and the site of the incident although no case concerning the incident was pending before any court or the prosecutor’s office; and also to explain where the hateful “Kasta Watch” Twitter account got the inspiration from to publish jokes about his health following surgery, right after he delivered his hospital records to his employer.

No end to the persecution in sight

Tales of the persecution suffered by judge Żurek since November 2015 could easily fill a book. Just a few days ago, deputy disciplinary prosecutor for judges Przemysław Radzik, who is tirelessly persecuting independent judges, charged him with challenging the legitimacy of the judicial appointment of Kamil Zaradkiewicz. (Zaradkiewicz, after PiS took over the Constitutional Tribunal, became a loyal promoter of the government’s actions. He obtained a lucrative position in the company owned by the State Treasury, and then the position, specially created for him, of Director of Administrative Justice in the Ministry of Justice. In 2018, neo-KRS nominated him to the Civil Law Chamber of the Supreme Court.)

And this is certainly not the end. If the prosecutors succeed in cobbling together evidence warranting a charge of ‘failure to notify the competent authority’, they will use it as a pretext to strip Żurek of his immunity and thereby remove him from the judge’s chair for years to come. And the manifest absurdity of the charge will be of no consequence, as the decision to strip Żurek of his judicial immunity will be made by the Disciplinary Chamber of the Supreme Court, whose members were appointed by the controversial neo-KRS (the Chamber which, under the ruling of the CJEU, should be immediately suspended, while the EU Commission’s action regarding illegality of that Chamber is pending).

And even if this scenario does not come to pass, the persecution unleashed upon judge Żurek may have consequences much more devastating than his suspension as a judge – further compounded by the grave illness of his two-year-old daughter. Waldemar Żurek is due to appear at a hearing before the disciplinary court in Katowice on 3 July.

This piece is a modified version (adapted for foreign readers) of a Polish article by Ewa Siedlecka which was published in the online edition of the prominent Polish weekly „Polityka“ on May 29, 2020. 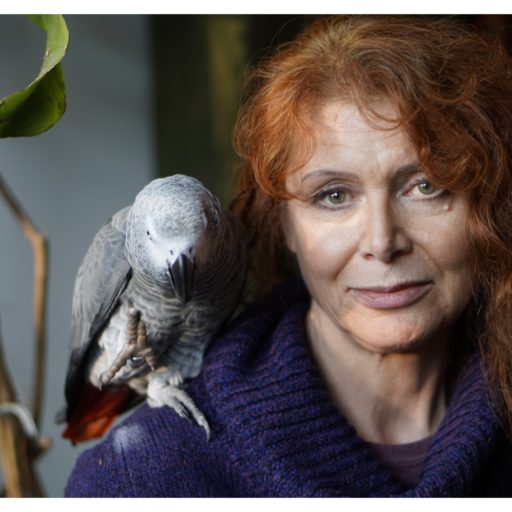 Ewa Siedlecka Ewa Siedlecka is a Polish journalist working for the weekly „Polityka”. She has been granted an Amnesty International Poland award for her engagement in human rights protection and the Press Freedom Award 2016 for a series of publications on the Polish Constitutional Tribunal.