To Vote or Not to Vote?

The COVID-19 pandemic poses considerable challenges to democracies across the world. This is particularly apparent with regard to the holding of elections which states have approached in various ways. Some have decided in favour of in-person elections: e.g. France held the first round of local elections in March, South Korea its parliamentary elections in April 2020. In other elections, exclusively remote voting methods were used, as in the March 2020 Bavarian local elections. Many elections have been postponed, such as the parliamentary and local elections in Serbia, which were pushed from 26 April to 21 June 2020. All of these approaches have considerable implications for the human rights of the individuals under a state’s jurisdiction.

States face the following tension: On the one hand, the obligation to protect the rights to health and life requires states to limit the spread of the pandemic by reducing human-to-human contact. The risk posed by in-person elections became visible during the local elections in France, after which infections of voters as well as poll-workers were reported. Thus, states’ duty to protect might call for mitigation measures, including an increased reliance on remote voting, or even the postponement of elections. At the same time, these measures encroach upon the right to political participation. In particular, an indeterminate postponement threatens the requirement of periodic elections; remote voting touches upon the electoral principles of universal, equal, free and secret suffrage. Against that background, an intricate balancing of the various interests in light of international human rights law seems necessary.

An international human rights perspective: the rights to health and life v. the right to political participation and related freedoms

States’ duty to protect the right to health may be derived inter alia from Art. 12 ICESCR and Art. 11 (Revised) European Social Charter.  These require states to limit the spread of the disease through appropriate measures, including isolating individuals or even community quarantines. In the context of the COVID-19 pandemic, anti-contagion policies, social distancing and quarantines prevailed.

Insofar as individuals’ lives are at risk through the further spread of the pandemic, similar considerations may be derived from a state’s duty to protect the right to life as enshrined in Art. 6 ICCPR and Art. 2 ECHR. In that regard, the European Court of Human Rights (ECtHR) has already held that a state may be responsible if it knows about life threatening risks but fails to take the appropriate measures to prevent them (see e.g. Budayeva et al v Russia [2008]; Öneryildiz v Turkey [2004]). In view of a foreseeable danger of contracting COVID-19 when holding regular elections, states may consequently be justified and even required to adopt relevant mitigation measures, introduce remote voting or even postpone an election (in urgent situations).

The right to political participation (Art. 25 ICCPR; Art. 3 of Protocol 1 to the ECHR) requires, in principle, the holding of periodic elections based on universal, free, secret and equal suffrage (see, e.g. HRC General Comment No 25 [1996]; ECtHR, Hirst vs UK [2004]; Tanase v Moldova [2010]). The criterion of periodic elections concerns elections in regular intervals; universal suffrage refers to the most comprehensive and broadest possible turnout; free elections relate to the free expression of voter’s will; the secret ballot demands secrecy regarding how someone voted. Equal elections refer to the fact that each person should have only one vote with each vote having the same voting power. The right to political participation thus sets stringent standards for the conduct of elections.

States basically have two possibilities to justify interferences with the right to political participation. The most “comprehensive” option are derogations due to states of emergency. The conditions set in the respective treaties’ emergency clauses (Art. 4 ICCPR; Art. 15 ECHR) are similar: “In time of public emergency which threatens the life of the nation”, states may derogate from their obligations to the extent “strictly required by the exigencies of the situation”. On that basis, in light of the imminent health emergency caused by the COVID-19 pandemic, a state may thus arguably derogate from the right to political participation. It may rely (exclusively) on remote voting even if voting outside the secure area of the polling stations challenges the principles of equal and secret suffrage or, in the extreme, postpone the elections. So far, ten states have derogated from certain rights under the ECHR (although some have withdrawn the derogation since); in total 18 states have done so under the ICCPR. While not referring explicitly to the right to political participation, these derogations concerned related political freedoms such as the freedoms of assembly and association as well as of movement.

Various countries have implemented measures to avoid or reduce gatherings of peopleduring elections. South Korean voters were encouraged to make use of early voting options. Along with voting by mail, this helped to ensure that nearly one third of all registered voters voted ahead of election day. States might also extend the hours of voting or spread it out over several days. Likewise, specific measures are necessary for vulnerable groups (the elderly, people with health conditions etc.): To reduce the risk of infection, persons from these groups should be allowed and encouraged to vote through remote voting.

Moreover, similar as in other social situations, there are clear indications that wearing face masks and plastic gloves helps to contain the transmission of the disease among those participating in elections. This was made mandatory in numerous countries. In addition to that, e.g. in South Korea, polling stations were disinfected, and voters required to disinfect their hands. Further, the temperature of voters was taken and those with higher temperature were sent to specially designated polling stations. In several countries, poll workers also received special training and equipment to ensure their protection.

What is more, the current COVID-19 pandemic has (re-)opened the debate about remote methods to complement – or even replace – traditional in-person voting, to avoid human-to-human contact amongst voters and poll workers on election day. Voting by mail (so called postal voting) has become one of the most widely discussed options to replace or complement in-person voting. In some states, voting by mail has been introduced or encouraged for this purpose, mostly where such options had already been previously provided for, as was the case in Bavaria. Also, internet voting regained prominence in debates. However, only a handful of countries in the world rely on internet voting regularly (e.g. Estonia), while several others have tested this method but later returned to traditional voting (e.g. Norway). Due to the high levels of planning, preparation and testing needed, it is almost impossible that countries will be able to introduce new internet voting systems during the COVID-19 pandemic, while still complying with international human rights law and best practices in electoral matters.

In sum, a state has different options depending on the domestic situation: It can decide to hold an election notwithstanding the pandemic with according mitigation measures and/or in reliance on remote voting methods or rather postpone the election. In the following, we discuss parameters for choosing between these options.

Parameters whether to hold or postpone elections

The parameters at play include, perhaps most importantly, the current or expected intensity of the pandemic. Relevant criteria are, for example, the curve of infections, the reproduction factor (R below or above 1) or the number of hospitalised persons. On the basis of these data, a state will have to assess the probability and extent to which in-person elections will presumably contribute to a further spread of the disease.

In addition, financial and logistical considerations will play a role. These include a state’s means to implement appropriate mitigation measures during the elections, its overall operational capacities and the manpower available on election day.

Another important factor is the possible protection of vulnerable groups, especially of COVID-19 risk groups. Is a state able to make arrangements to protect these groups against infection, e.g., through secure mobile-voting or by making them vote in separate polling stations?

More generally, turn-out considerations may play a role. A state should assess whether people will vote notwithstanding the pandemic: a very low turn-out risks to de-legitimize the results.

Another factor is the domestic legal or constitutional framework and whether there is a basis to postpone elections or introduce remote voting in face of the pandemic. Does the existing legal framework provide for such options or are amendments necessary?  Relevant good electoral practice requires utmost transparency towards all electoral stakeholders (parties, candidates, voters, observers, etc.) and according procedural safeguards in case of amendments (involvement of the parliament, not only of the executive branch).

Another parameter is the overall political situation.A state may face different scenarios, depending on local conditions, such as the risk of civil unrest when postponing elections. In particular, when elections are postponed for indefinite periods voters may well suspect abuse through the possible cementation of political power.

From the perspective of states’ obligation to respect the right to political participation, the parameter perhaps most important is the probability of holding elections in accordance with international standards notwithstanding the pandemic. A state will have to consider whether and to what extent the principles of universal, free, equal and secret suffrage can be upheld notwithstanding the measures adopted to contain the disease and decide what restrictions can ultimately be accepted as possible trade-off.

How to proceed with elections in face of the COVID-19 pandemic? Ultimately, situation-specific solutions are called for. International human rights law leaves leeway for states to postpone elections or rather proceed with mitigation measures and/or in reliance on remote voting methods, depending on domestic conditions. At the same time, international human rights law guides states in this decision and also sets limits to state action. Surely, not all electoral standards can be complied with in extraordinary times as the COVID-19 pandemic, certain trade-offs need to be accepted. Still, a minimum core of electoral principles has to be upheld at any time for elections to be meaningful and enjoy the trust of the public: An international human rights perspective provides valuable guidance in this respect.

The authors wish to thank Mag. Philipp Janig for valuable comments on an earlier draft of this contribution.

Other posts about this region:
Europa, World 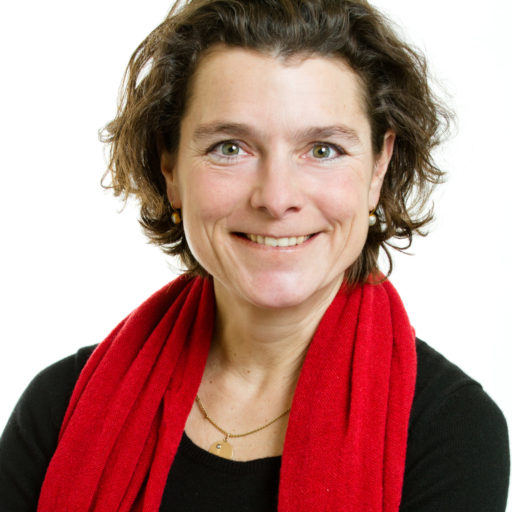 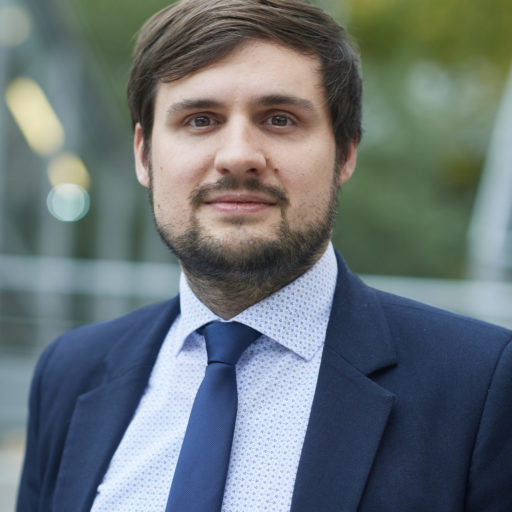 Adam Drnovsky Adam Drnovsky, E.MA, is election observation officer at the Council of Europe Congress of Local and Regional Authorities.

Other posts about this region:
Europa, World No Comments Join the discussion
pixel_not_set
Go to Top