Toward Hominid and Other Humanoid Rights: Are We Witnessing a Legal Revolution?

On 3 November 2016, an Argentinian judge granted habeas corpus relief to Cecilia, a person held captive in a small cage. Nothing out of the ordinary – except for the fact that Cecilia is not a battered woman or abused girl, but a chimpanzee kept at Mendoza zoo. This 1 % genetic difference turns this into a landmark judgment of potentially revolutionary proportions. For the first time in legal history, a court explicitly declared an animal other than human a legal person who possesses inherent fundamental rights. This judgment marks a radical breach with the deeply entrenched legal tradition of categorizing animals as rightless things (the person’s antithesis), and demonstrates that the previously impenetrable legal wall between humans and animals can be surmounted. The question seems no longer if, but when.

For centuries, law has been built on and perpetuated a strict dividing line between humans and all other animals. This is embodied in the traditional rule according to which only humans are legal persons (there tends to be a general amnesia about juristic persons), vested with fundamental rights, whereas animals are legal objects, to whom rights cannot accrue per definitionem. In an effort to dismantle the human/animal-divide in law, animal rights advocates have been working towards changing the legal status of (some) animals and attaining for them some of the same fundamental rights currently reserved for humans, such as the right to life, liberty and security of person.

Notably in the United States and Argentina, one strategy pursued for instigating such a legal paradigm change has been habeas corpus litigation on behalf of captive great apes (hominids). Habeas corpus, because only persons are entitled to this basic right safeguarding liberty – it thus forces courts to engage with the novel question of animals’ legal personhood. And hominids, because these animals bear striking genetic, physical, cognitive and emotional similarities with humans, and are thus believed to be the most plausible candidates for legal personhood.

In the United States, so far, none of these habeas corpus lawsuits were successful in achieving recognition of legal personhood (incidentally, personhood in the sense necessary for invoking the constitutional prohibition of slavery was also denied in the 2012 case of “Tilikum and other orcas vs. Sea World”). In the case of “Tommy the chimpanzee” (2014), the New York State Supreme Court, Appellate Division, determined that “a chimpanzee is not a ‘personʼ entitled to the rights and protections afforded by the writ of habeas corpus”. Relying on the contractarian reciprocity paradigm, it held that legal personhood is defined in terms of both rights and duties, and that the incapability of chimpanzees to bear responsibilities renders it inappropriate to confer upon them the rights afforded to humans. This determination set a binding precedent for the New York County Supreme Court in the case of “Hercules and Leo the chimpanzees” (2015). Nevertheless, the judge in this case remarked – almost apologetically and, as it turns out, prophetically – that even though courts are slow to embrace change, “[e]fforts to extend legal rights to chimpanzees are … understandable; some day they may even succeed”, and that “[t]he pace may now be accelerating.”

Preceded by a (somewhat obscure) obiter dictum rendered by an Argentinian appellate court in the 2014 case of “Sandra the orangutan” (noting that animals are right-holders and should be recognized as legal subjects), the case of “Cecilia the chimpanzee” (2016), decided by the Third Court of Guarantees in Mendoza, is the first successful habeas corpus lawsuit, resulting in an order to release Cecilia from the zoo and transfer her to a sanctuary. Judge María Alejandra Mauricio held that habeas corpus procedure is applicable for lack of any other appropriate remedy to challenge animal captivity, and granted the petition after having determined that great apes are indeed legal persons possessing fundamental rights. Incidentally, the court further indicated that legislative and administrative steps should be taken to end animal captivity for exhibition and entertainment purposes, because animals “are not objects to be exposed like a work of art created by humans”, but rather “nonhuman legal persons and as such they have an inalienable right to live in their habitat, to be born free and preserve their freedom”.

Even though the concrete consequences of the Cecilia judgment still remain to be seen, the underlying reasoning bears considerable symbolical and discursive significance. For one, it signals a clear departure from the traditional legal paradigm which has relegated animals to the status of objects devoid of rights. Conscious that the confirmation of animal legal personhood may seem contrary to positive law, which treats animals as things, and to prevailing doctrine, which opposes the recognition of animals as legal persons, the judge nonetheless concluded that “to classify animals as things is not a correct standard”, because they are “not an object that can be disposed of like a car or a building”. While the inference from no-thing to person is not compelling and conclusive by itself, she further substantiated this novel judicial opinion by exposing, and ultimately refuting, the incoherence of standard objections formulated against animal rights. Arguments referring to animals’ incompetence to exercise their rights or incapacity for rationality, freedom or will were consistently rejected, on the (obvious) grounds that lack of either of those capacities does not preclude incompetent human persons from having rights or exercising them through legal representatives.

Toward fundamental rights for animals

Bearing in mind that the legal arguments underpinning this judgment are not limited to chimpanzees, its disruptive and aspirational implications reach far beyond Cecilia, and beyond hominid rights – they may pave the way for fundamental animal rights more generally. Indeed, such a paradigm is already unfolding in India, where courts have recognized and fleshed out the fundamental rights not only of animals possessing human-like intelligence, such as dolphins, but also of bulls and birds. Most notably, the Supreme Court of India has asserted, among others, animals’ rights to life, dignity and against torture, and the Delhi High Court has recently affirmed birds’ “fundamental rights to fly in the sky”.

Finally, it may be instructive to read the incipient paradigm shift in recent animal rights practice against the backdrop of animal rights theory, which increasingly frames animals’ rights in the language and concepts of human rights. Whereas this does not necessarily entail the ascription of “human rights” to animals, it does align animals’ fundamental rights in the same theoretical tradition. What we are presently witnessing may thus very well be the first manifestations of emerging human rights-like animal rights – a new generation of (post-)human, or humanoid, rights. 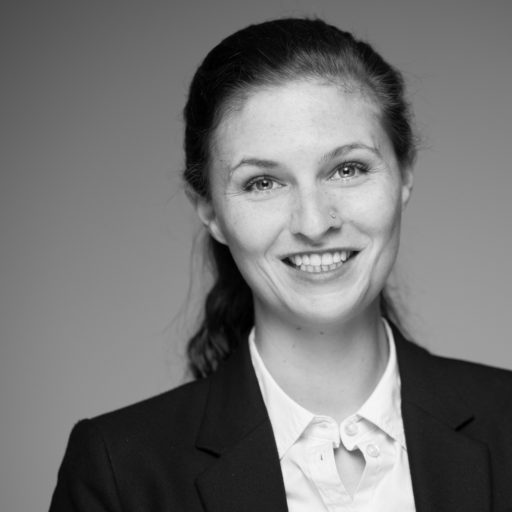