Trapped in the Age of Trump: the American Supreme Court and 21st Century Populism

The American Supreme Court is currently ill-equipped to confront populism. The Court’s deficiency is not because of the political balance between justices nominated by Republican Presidents and those nominated by Democrat Presidents. It is a result of a deeper shift in the way the concept of judicial legitimacy is currently understood in the US. In this post I will briefly present this shift that I analyzed in length in a series of articles.

One may think that opinion polling is a sham; that it constructs public opinion more than merely measuring it, and yet several decades of constant polling reshaped the notion of democratic legitimacy in the US. Since the 1980s and the rise of ‘public opinion culture’, the term ‘public opinion’ came to be synonymous with opinion polls results.2) Opinion polls have served in the public discourse as an authoritative democratic legitimator.3) Between elections, political players rely heavily on these polls in deciding on their positions.

Two prominent manifestations of the conceptual shift following the introduction of polls are the shift in how Alexander Hamilton’s famous dictum in Federalist No. 78 is read, and the shift in what the countermajoritarian difficulty means. I will briefly present these two manifestations.

Currently, Americans read Hamilton’s dictum that the judiciary “may truly be said to have neither Force nor Will, but merely judgment” in a manner that seem to them as identical to Hamilton’s intention, but reflects a deep change in the understanding of judicial legitimacy. For them, without the force or will, all the Court has is “public confidence.” As I explain in a recent article, this way of reading – that rose together with the entrance of public opinion polls – reflects that rather than seeing the Court’s legitimacy as emanating from its judgment (expertise), Americans now view it as stemming from public support.5) While in the past the view was that the government as a whole requires public support, but not individual institutions. Now things have changed with regards to the SC (but not with regards for other institutions such as the Federal Bank).6) This shift is evident in judgments of justices irrespectively of the political affiliation of the President that nominated them to the Court. Take for example Chief Justice Roberts’ dissenting opinion in Obergefell v. Hodges (the Gay marriage case). In this judgment, Roberts uses the Federalist No. 78 twice in discussing the Court’s legitimacy: first in its original version and then, by quoting Justice Kennedy, in its paraphrased version.

A. The American Supreme Court has always understood its legitimacy as dependent of public support

If this argument seems hard to swallow think of the claim that a non-democratic ruler (think of Mubarak) requires public support to rule. For the people under his rule, this is clearly untrue. Non-resistance is not necessarily a result of oppression. Rather, the state of things may just seem natural. In fact, the moment the people put the “glasses” that make them realize that the ruler requires their support to rule is the moment of the ruler demise. Similarly, we can think of institutions in a democracy that their expertise is so obvious to us (central banks?) that we do not view them as requiring public support.

B. Other courts worldwide speak “in the name of the people”

In an innovative book, Armin von Bogdandy and Ingo Venzke discuss the formula “in the name of the people,” used by domestic courts to describe “in whose name” they decide cases.13)) The authors explain that this formula invokes the authority of the democratic sovereign.14) Yet, the authors make it clear that this expression is a reflection of an older concept of popular sovereignty that is detached from the actual public support of the here and now as measured in public opinion polls. It is a concept that views the democratic subject as a single collective, mostly a nation or a people, rather than the accumulation of individual voices.15) This is very different from the understanding of public confidence as reflecting public opinion measured by public opinion polls. While the American new understanding of judicial legitimacy has undoubtedly started to migrate to other jurisdictions (for example, to Israel16)), the German Constitutional Court’s use of the phrase “in the name of the people” (a use that stems from Article 25(4) of the German Law on the Federal Constitutional Court that states that the judgments of the Constitutional Court are issued “in the name of the people”) is not part of this trend.

The Court’s attempt to harness a new source of legitimacy was not only the result of the introduction of public opinion polls. It was also the result of the decline of the belief in legal expertise in constitutional questions17) and the expansion of the Court’s engagement with political issues.18) Yet, in the US, the introduction of public opinion polls that measure public support for the Court is responsible, at least in part, for a change in understanding judicial legitimacy. These days, to claim that the court is not legitimate in the US is usually to claim it lacks public support (see for example Jeffery Rosen, The Supreme Court Has a Legitimacy Crisis, But Not For the Reason You Think, The New Republic, 11.6.2012). While this shift does not mean necessarily that the Court has to follow public opinion in every case,19) the claim that a legitimate Supreme Court can somehow confront over a long period of time a populist movement supported by public opinion is under this new conceptual array a contradiction in terms. This result is not because of the inherent “truth” that no court can function without public confidence. This “truth” was never proven by political scientists. In fact, there is at least one case that refutes it.20) This result is one consequence of deserting the Hamiltonian understanding of judicial legitimacy following the rise of opinion polling.

I thank Shay Levi for his valuable comments. 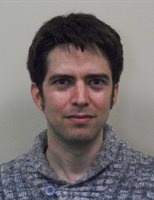