Trump, Mueller, and the U.S. Constitution

A dominant story in American politics since early 2017 has been, of course, Special Counsel Robert Mueller’s investigation of potentially criminal connections between Donald Trump’s presidential campaign and Russia. What does all of this have to do with the United States Constitution? The answer, which I will attempt to provide here, is both less and more than relatively distant observers might think.

On the surface, Mueller’s existence and operations have little interesting to do with the Constitution. He is a duly appointed employee of the Department of Justice (DOJ) investigating potential violations of federal criminal law. Mueller is carrying out the general authority of the executive branch of the government to enforce laws enacted by the legislative branch, with the judicial branch serving as his required venue for doing so. The Constitution provides the surrounding structure. But most of the applicable rules that Mueller uses and that control him are not constitutional.

The only thing that makes Mueller “special” is that he was appointed on a temporary basis to deal with a specified constellation of facts. Otherwise, he is no different than any other federal prosecutor with jurisdiction to conduct grand jury investigations and prosecute violations of the national criminal code. If constitutional issues arise in the course of Mueller carrying out that task, they mostly will be the humdrum matters of American criminal procedure that Paul Manafort and related defendants, like millions (yes, sadly, millions) before and after him, have raised and will continue to raise: search and seizure under the Fourth Amendment, self-incrimination under the Fifth, jury trial rights under the Sixth, and so on.

A few lawyers rooting against Mueller have attempted to argue that the order of Deputy Attorney General Rod Rosenstein that appointed Mueller is constitutionally defective because the DOJ’s special counsel regulations—the more modest successor to Congress’s long lapsed “independent counsel” statute (the one that empowered Kenneth Starr’s investigation of Bill Clinton)—violate the Constitution’s “appointments” clause.

This is a fairly obscure matter of separation-of-powers doctrine that is not worth pondering. Serious experts do not think the argument has legs. If it ever succeeds in court, it will only be for the constitutionally uninteresting reason that a majority of Supreme Court justices decide they would like to undo Mueller’s work and are willing to warp the law to do so. (Even then, the companion federal investigation in New York of Trump’s former lawyer Michael Cohen, with its potential offshoots, is not under the command of Mueller but of ordinary career officials, as to whom the appointments argument has no bearing.)

How Mueller’s investigation is likely to come out, therefore, should be a matter for experts on federal criminal law, grand jury investigations, and jury trials—not constitutional lawyers.

Except for one fact. One of the people Mueller is investigating is the President of the United States. The office Donald Trump holds has, to say the least, a special place in the text, history, jurisprudence, and norms of American constitutional law. Alone among public officials, much less citizens, the President is believed to present a particular problem when he or she falls into the realm of a criminal case.

There is exceedingly little law on this. The text of the Constitution says almost nothing on the matter. There is only brief mention of impeachment—a form of removal from office to which I will return—as well as a directive that impeachment does not preclude eventual prosecution.

There are only two Supreme Court decisions of import: a case involving Richard Nixon in which the Court ruled that the President is not excepted from the general rule that a grand jury subpoena for physical evidence must be obeyed; and a case involving Clinton in which the Court ruled that a private lawsuit against the President in his personal capacity, for conduct prior to taking office, could proceed while he was in office. (Presidents are frequently sued in their official capacities, but that is the office being sued for something it did, not the person.)

For the most part, all of these arguments, none of which has ever been tested in court, rest on a single argument: the American constitutional scheme reposes such enormous and unique responsibilities in the chief officer of the executive branch—especially in the realm of national security and foreign affairs—that the President must be insulated, at least temporarily, from the disabling effects of criminal investigation and prosecution. A hobbled or headless executive branch simply cannot function. The authors of the Constitution would not have rested so much responsibility on such an office if they thought it could be brought to heel by the actions of a single prosecutor. Even more so if they could have known how broad and expansive modern Congresses would make the federal criminal code.

The argument then invokes the impeachment procedure, which does have a firm basis in the Constitution’s text. The drafters, the argument goes, provided a means for removing a President from office by congressional vote for “high crimes and misdemeanors,” because they believed that to be the more democratic and politically responsive way for a President’s criminality to be addressed, at least in the first instance. Impeachment before prosecution, in other words.

This line of argument runs into several difficulties. First, claims about presidential immunity from legal process fare poorly in the face of simple hypotheticals. Suppose the President murders his valet who has witnessed the President taking a massive bribe. Must a subpoena for disposable records that, for example, would establish people’s movements around the White House at the crucial times in question await the end of the presidency? What if the President instead threatens to fire the valet if he talks? Is such witness tampering magically lawful simply because the President has the power to hire and fire his employees? And so on.

Second, it may be understandable that the President’s attendance at a laborious criminal trial would make performance of his duties difficult, or even impossible. But how would a subpoena, or even an extensive grand jury investigation, prevent the President from his daily work? Perhaps it would cast a disabling “shadow” over his tenure. But wouldn’t such a shadow exist in any event, as in Trump’s case, from media attention to the question of criminality?

Third, what about statutes of limitations? Most federal crimes in the United States carry a five-year statute of limitations. Surely the drafters of the Constitution did not conceive of the presidency as a redoubt for those seeking to evade police and prosecutors. It would be a bizarre turn of events indeed if Trump’s primary motive for seeking a second term were to run out the clock on prosecution for crimes he may have committed before, or early, in his presidency.

Fourth, the current situation in the United States has at least begun to point towards the greatest difficulty of all. What is supposed to happen if a President has plainly and provably committed a crime but Congress has no interest in commencing the impeachment process?

The Constitution is not only highly vague about what warrants impeachment: “High crimes and misdemeanors” has never been, and probably never will be, judicially defined. The document also never requires impeachment even though it (sometimes) allows it.

This problem persists even if, as may turn out to be the case in our 2018 example, one house of Congress becomes interested in impeachment while the other remains complacent. Impeachment comes to fruition only when the House of Representatives votes “to impeach” (meaning to levy impeachment charges) and then two-thirds of the Senate, after a trial, votes to remove the President from office. (Clinton, of course, was impeached, then tried in the Senate, but not removed.)

Alas, all of this should be of more interest to constitutional designers and theorists than to persons concerned about the fate of the United States in coming years. As an experienced American lawyer and legal academic, I do not think I am out on a limb in saying that the intellectually best answers to these questions do not and will not matter.

Whether this amounts to a lesson in poor constitutional design, or rather one in the wisdom of expecting constitutions to assist in situations of national political crisis, are questions I will leave others to address.

Explore posts related to this:
Impeachment, Mueller investigation, US President, US constitution 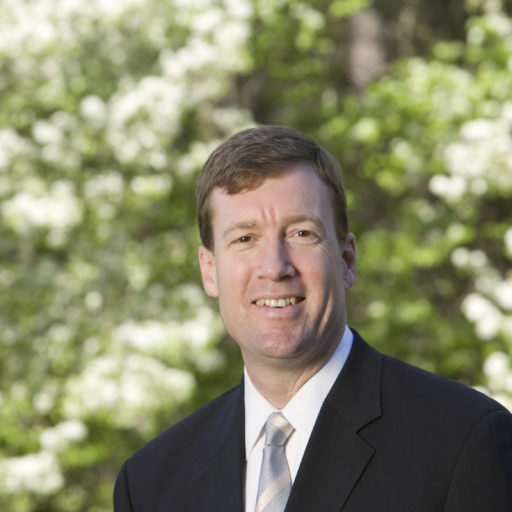 Explore posts related to this:
Impeachment, Mueller investigation, US President, US constitution