The dramatic executive orders of the newly inaugurated President of the United States, Donald Trump, including, most infamously, his executive order excluding Syrian refugees from entry into the United States, and popularly known as the “Muslim ban,” has raised not only hackles among many outside observers, but also questions about the legality of these orders.  The short answer is that some of the matters set out in his executive orders, including those affecting refugees, are almost certainly legal, while other aspects of those orders raise significant issues under the United States constitution.  It is of course beyond the scope of this short post to discuss the legality of each and every detail of Trump’s various orders, and accordingly, I will only provide a description of the broad constitutional and statutory issues that these order raise.

The theory of a constitutionally-unburdened executive branch acting in the sphere of foreign relations, however, was only dicta: Congress, on the facts of that case, had in fact granted the president authority to act, and therefore, its reasoning does not carry precedential weight.  Other Supreme Court cases interpreting executive authority suggest that Congress has the power to limit the president’s power to conduct foreign relations, even indirectly.  A good example is Dames & Moore, 453 US 654 (1981), a case that arose out of the Algiers Accord settling the Iran hostage diplomatic crisis of 1979-80. Pursuant to the Algiers Accord, the then President Ronald Reagan issues an executive order prohibiting American plaintiffs from pursuing private causes of action against the Iranian state which were then pending in US state and federal courts, and even went so far as to prohibit American plaintiffs from satisfying their claims out of Iranian state assets that they had previously attached pursuant to valid judicial rulings. The executive order provided for a special tribunal, the Iran Claims Tribunal, and vested in it exclusive jurisdiction to hear all disputes between American citizens and Iran, and limited recovery to Iranian assets that were pledged to that tribunal. In concluding that this exercise of executive power was lawful, the Supreme Court noted that although Congress had not expressly delegated to the president such power, Congress had previously delegated to the president power to resolve disputes in situations broadly analogous to the Iran hostage crisis, and in times of other international crisis, had tacitly approved a long-series of executive resolution of private claims of US citizens against foreign sovereigns without objection.

That reasoning implies, but does not explicitly endorse, the notion that Congress has the power to limit executive authority, even in the sensitive realm of foreign relations. The ambiguity of the constitutional limitations on the president’s powers to conduct foreign relations means that President Trump’s “Muslim Ban” raises complex constitutional questions: does the president have inherent constitutional authority over immigration pursuant to his power to conduct foreign relations, or is his power to do so effectively circumscribed by the terms that Congress has provided in the Immigration and Naturalization Act (the “INA”), which it passed pursuant to its constitutional authority over immigration under Article I, Sec. 8 of the constitution?  The INA, moreover, is a complex statute, having been amended and re-amended numerous times throughout its history, with the result that many provisions co-exist in tension with others.  For example, Congress passed legislation in 1965 amending the INA to prohibit restrictions on immigration on the basis of national origin, but prior to that, in 1952, Congress, acting out of fears of possible communist infiltration during the Cold War, also delegated to the president the authority under the INA, 8 USC § 1182(f) to deem any alien inadmissible, even one holding a valid visa. Some have already argued that insofar as the Muslim ban prohibits immigration from specified countries, that it violates the INA’s prohibition against national origin discrimination in immigration.

On the assumption that the INA bars Trump from excluding categorically persons from immigration to the United States based on their nationality, Trump could nevertheless argue that, given the primacy of the president in the conduct of foreign relations, his views of the national interest in connection with who is, and who is not, admissible to the United States should pre-empt the conflicting views of Congress. Under this argument, the executive has inherent constitutional authority as sole representative of the sovereignty of the United States in international relations to determine who is, and who is not, admissible to its territory. It is not surprising then that President Trump, in the text of the executive authority, asserts that he is acting pursuant to both the constitution and the INA.  It is indisputable, however, that the statutory dispute could be mooted at any time if the Republican-controlled Congress adopted express legislation permitting the president to discriminate in the context of immigration on the basis of national origin, if he finds, for example, that such discrimination is necessary for the national interest.

There is also the question of whether Trump’s order prohibiting the entry of Syrian refugees is lawful. The United States is a party to the 1951 Refugee Convention, and has adopted implementing legislation to fulfill its obligations under that convention, even if the quality of its implementation remains the subject of criticism from certain human rights groups. This might also provide another ground for finding Trump’s executive order unlawful in addition to the question of national origin discrimination.

While there is at least a plausible claim that the Muslim Ban violates the prohibition against national origin discrimination set out in the INA, the INA itself does not prohibit discrimination on the basis of religion.  Could, therefore, President Trump issue an executive order expressly banning the entry of Muslims, or otherwise expressly singling out Muslims for “extreme vetting”?  The majority of commentators seem to believe that the Establishment Clause of the United States Constitution would indeed prohibit an executive order that expressly relied on religious classifications, and on that basis, one district court in California, when it agreed to issue an order requiring the Department of Homeland Security to return an Iranian who had been deported after the promulgation of the Muslim Ban, reasoned that it was likely that the order violated the Establishment Clause.  The order, of course, does not expressly say “Islam” or “Muslim,” but presumably the Establishment Clause is nonetheless implicated by the order’s prioritization of refugees of minority religions. Insofar as Islam is the majority religion in all the states mentioned in the order, it follows that the order necessarily discriminates against Islam and Muslims.

Ordinarily, however, US courts do not examine extrinsic evidence in determining the motive of a law, relying instead only on the language contained within the four-corners of the final law.  Here, however, it is not implausible that a court would take judicial notice of the Trump campaign’s consistent anti-Muslim rhetoric, as well as statements made by the President contemporaneously with the adoption of the Muslim Ban to Christian groups that at least one of his goals was to prioritize Christian refugees, and public statements by some of his advisers, such as Rudy Giuliani, who said that then candidate Trump approached him with the express request that he formulate a plan to make the Muslim ban that candidate Trump was proposing on the campaign trail simultaneously effective and constitutional.

At the same time, however, the dicta of Curtiss-Wright should not be erased from our analysis.  US courts have traditionally been very reticent to question a president’s exercise of the foreign relations powers, particularly in the absence of evidence of strong Congressional disapproval.  While there have been rumblings of Congressional dissent, these are probably not so strong or vocal as to elicit, all things being equal, sufficient skepticism from the US federal courts as to strike down the Muslim Ban as unconstitutional.  But in this case it may very well be that not all things are equal – President Trump is widely viewed as acting hastily and recklessly, without subjecting his executive actions to the ordinary processes of internal executive branch vetting for legality and practicability.  And, the evidence seems clear that Trump bypassed all the customary executive branch vetting procedures when he issued the Muslim Ban. This gives rise to the possibility that a reviewing court could conclude that his actions were unconstitutional, not because of religious discrimination as such, but because they were “arbitrary and capricious.”  Indeed, when a federal district court on February 3 issued a nationwide temporary stay against enforcement of the Muslim Ban, its reasoning appeared to focus on the arbitrariness of the executive order: it found no evidence supporting the federal government’s contention that, by blocking the entry of nationals from those seven countries, it was acting to protect the safety of the public.

Striking down executive actions on grounds of arbitrariness, although exceptional, and in the context of United States’ foreign relations law perhaps even unprecedented, would allow the court to strike down offensive orders such as the Muslim Ban without conclusively resolving the question of the constitutional limits on the president’s foreign relations powers, something that it is almost certainly reluctant to do. It would also force the president to go back to the drawing board, having absorbed the lesson that even the president must respect institutional formalities in the exercise of executive power, with the hope that when he does so, the scope and tone of the executive order would be sufficiently tempered so as to make it more palatable to a wider-range of constituencies and therefore less “arbitrary.”

I cannot predict with any degree of certainty how US courts will treat Trump’s executive orders, particularly the Muslim Ban, but his brazen contempt for the accepted practices of the exercise of executive power may in fact be his undoing insofar as it will force courts to consider squarely the question of whether judicial deference to an executive who does not even attempt to pretend to adhere to the moral restraints of democracy is appropriate, even if there are plausible constitutional arguments that his orders could be, from a substantive perspective, constitutionally sound. 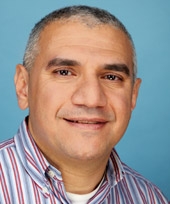 Mohammad Fadel Mohammad Fadel is an Associate Professor and Canada Research Chair for the Law and Economics of Islamic Law at the University of Toronto.

Other posts about this region:
USA 17 comments Join the discussion
Go to Top