First, discussing „bicameralism“ with regard to German constitutional law means to conceive of the German federal parliament (Bundestag) as the “first chamber” and the representative organ of the 16 German states (Bundesrat) as the “second chamber”.

Second, there are significant differences in the institutional design of both chambers. The Bundestag is elected in general elections through a mixed electoral system. The 598 plus seats are finally allocated through proportional representation of the political parties that capture 5% or more of the federal vote. Along the general model of parliamentary democracy the Bundestag elects the federal prime minister (Bundeskanzler) who nominates the cabinet members. The Bundesrat, however, does not originate from a direct popular vote. Rather, it is comprised of delegations of the 16 state governments, the size of which varies according to the size of state populations: Small states such as Bremen or Saarland have the minimum number of 3 seats, large states such as Bavaria or North-Rhine Westfalia the maximum number of 6 seats in the Bundesrat. The preeminent political players in these delegations are the state prime ministers. Thus, in its institutional composition the Bundesrat is an executive organ, although with important legislative functions. The German federal constitution (Grundgesetz) grants the right to sponsor federal legislation, but differentiates powers when it comes to enactment. At present, the Bundesrat has the right to veto about 40% and to simply reject about 60% of federal statutes, with override powers of the Bundestag being limited to the latter option.

Third, some key features of the German party system are important: Since the founding of the Federal Republic of Germany in 1949 all the federal prime ministers and more than 90 percent of the state prime ministers originated from the two major German parties – the conservative CDU/CSU on the one hand and the social democratic SPD on the other. Regularly, both federal and state prime ministers simultaneously hold the office of chairman of their political party on the relevant level. However, on the federal level, throughout the history of the Federal Republic of Germany, with one rare exception (CDU/CSU 1957), no party ever gained a majority of the popular vote by itself. Rather, party coalitions had and have to be built. Coalition building follows two alternative scenarios: In the first scenario, which has been practiced for most of the first 50 years of the Federal Republic, one of the major parties sides with a smaller party such as the liberal FDP or the ecologist Bündnis 90/Die Grünen. In the following, I will refer to this scenario as a “small coalition”. In the second scenario, the major parties side with each other in a “grand coalition” (Grosse Koalition). This second scenario (for reasons I cannot elaborate on at this point) has become increasingly common. In recent years, a grand coalition governed on the federal level from 2005-2009 and does so again since 2013.

That being said, two very different faces of German bicameralism emerge – depending on which of the two scenarios of coalition building takes hold within a particular time frame.

On the one hand, in times of small coalitions the face of bicameralism oftentimes expresses conflict and stalemate. This is particularly true for times in which the major opposition party in the Bundestag holds a potential majority of votes in the Bundesrat (through members of their party in the positions of state prime ministers). For example, the mid 1990s and early 2000s experienced periods of Blockadepolitik, in which a stable majority in the Bundesrat systematically blocked legislative initiatives of Bundesregierung and Bundestag along party lines. This experience became a major motivational point for constitutional reform in the 2000s, when two major reform packages (“federalism reform I and II”), inter alia, reduced the number of federal statutes requiring consent of the Bundesrat. Moreover, times of small coalitions are also times of constitutional conflict. In recent years, all important bicameralism cases decided by the Bundesverfassungsgericht fall into this category. For example, in the case of the federal immigration law enacted by SPD and Bündnis 90/Die Grünen in 2002 the passing of the statute in the Bundesrat hinged upon the contested vote of Brandenburg. Small coalition governments also sparked a line of cases concerning the conciliation committee (Vermittlungsausschuss) and its constitutional mandate to resolve political conflicts between both chambers. The Bundesverfassungsgericht requested modifications of the narrow majority vote of the Bundestag of 2004 concerning the allocation of seats in the conciliation committee in favor of the then-opposition parties CDU/CSU and FDP. Most recently, the Bundesverfassungsgericht decided a case dating back to 2003 distinguishing the committee’s reconciliation competences from the right of initiative reserved to the Bundestag, Bundesrat and Bundesregierung, affirming earlier cases concerning 1997 and 1995 statutes.

On the other hand, there is the very different face of bicameralism in times of grand coalitions. The common government of the major parties and the underlying legislative “super-majority” is rarely opposed systematically by a majority in the Bundesrat – which is no surprise, given that at least one of the grand coalition parties on the federal level is regularly part of any German state government. Thus, the face of bicameralism appears much less marked by conflict, but is more businesslike and compromise-oriented. Accordingly, the extended experience with grand coalitions in recent years did not result in major bicameralism cases brought before the Bundesverfassungsgericht. Rather, the most significant constitutional conflicts among federal institutions concerned parliamentary rights of the opposition.

To what extent is the emergence of two alternating faces of German bicameralism a question of constitutional law? On the first view, there seems a purely political process at work. The formation of a small or a grand coalition, one might say, does not follow from the constitution, but from election results. On the second view, however, it becomes clear that constitutional law plays a hugely important role: In the drafting process of the Grundgesetz in 1948/1949 conception and function of the second federal chamber were heavily contested. The main alternative to the codified model of a Bundesrat was the model of a Senate comprised of an equal number of independent individuals elected by each state legislature (at one point, the number of 6 senators/p. state was suggested). A constitutional decision in this direction would have altered the political dynamics of German bicameralism significantly. Most importantly, the second chamber would have gained internal plurality and diversity vis-à-vis the Bundesrat model, because 60 or more independent senators would have occupied the functional positions of the much smaller number of state prime ministers. Moreover, each of the numerous senators would have had to share his or her political loyalties between their electoral constituencies and their political parties. Both factors would have made it much harder to organize majorities in the Bundesrat along party lines than practical experience under the Grundgesetz has shown. As a consequence, the discrepancy in political culture between times of small and large coalitions would have developed much narrower. Presumably, the metaphor of the two faces of German bicameralism would not apply.

The Grundgesetz of May 23, 1949, however, decided against a Senate model and in favor of the Bundesrat model we practice today. To that extent, the two alternating faces of German bicameralism result from a particular historical decision on constitutional design. Judging from the political results of the previous 65 years, this decision was a relative success. Different from some comparative constitutional experiences reported in this online symposium, the composition of the second chamber of the Federal Republic of Germany was not subject to substantial constitutional reform. Rather, the criticism of phenomena of systematic stalemate in times of small coalition-bicameralism has been mitigated through textual constitutional reforms intended to reduce the subjects of federal in favor of state legislation. 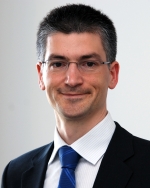 Johannes Saurer Professor Dr. Johannes Saurer holds a chair for Public Law, Environmental Law, Infrastructure Law and Comparative Law at the University of Tübingen.
Other posts about this region:
Deutschland No Comments Join the discussion
to receive information about new articles and services of Verfassungsblog.de. I know that I may withdraw my consent at any time. More information in the privacy policy.
Verfassungsblog complies with the new GDPR.
Read about it in our Privacy Policy. I opt-out
permanently of anonymized tracking via Google Analytics on Verfasssungsblog.de. This will create a cookie on your device to save your decision.
Go to Top