Urban citizenship is a bold and intriguing idea, regardless of whether we envision it as an alternative or as a complement to extant models of state-based membership. However, this concept seems to me to be slightly off target in identifying the main issue of city under-representation, namely the constitutional non-existence of cities, and more generally, the great constitutional silence surrounding today’s extensive urbanisation and the consequent rise of megacities. The problem with city under-representation is not the lack of citizenship rights of its individual dwellers, as Rainer Bauböck suggests, since the vast majority of whom are full and equal members of the sovereign national entity within which their home city is located, and as such enjoy the entire gamut of constitutional protections to which any other member of the polity is entitled. Rather, the problem is the non-existence of cities qua order of government in constitutions, constitutional jurisprudence, and constitutional thought more generally (Hirschl 2020).

The evidence on urban agglomeration worldwide is unequivocal. As of 2019, 56% of the world population already lives in cities. That figure is projected to rise to over 70% by 2050 (85% within OECD countries). Our constitutional institutions and imagination, however, have failed to keep up with this new reality. Though we live in the century of the city, we are still captives of constitutional structures, doctrines, perceptions, and expectations that were conceived along with the modern nation-state and germinated through the age of revolution, a historical process that saw the subjugation of the sovereign city (Prak, 2018). As extensive urbanisation marches on, an ever-widening gap emerges between what is expected of a modern metropolis, and what cities can actually deliver in the absence of adequate standing, representation, taxation powers or robust policy-making authority. At the very least, our current urban era exposes a critical discrepancy within constitutions between the rights they guarantee (social, economic and other equity-enhancing rights) and their power to make good on these guarantees. Any attempt to put local government at the centre of the constitutional order will therefore require against-the-grain constitutional thought combined with strong political will, a combination that has generally not yet emerged in either politics or scholarship.

Innovative thinking about urbanisation and cities is prevalent throughout the human sciences; Henri Lefebvre’s Le droit à la ville, Saskia Sassen’s work on global cities, Paul Krugman’s theorisation of megacities as economies of scale, Richard Florida’s ideas about cities as magnets for the creative classes, and Benjamin Barber’s If Mayors Ruled the World are a few examples. This rich intellectual attention, by contrast, does not extend into the world of constitutional law. Here, the city remains a non-entity and a non-subject. Public law writing about cities occurs largely within the confines of administrative law or municipal law, but seldom in constitutional law. The existing conversation, be it academic or jurisprudential, about all matters subnational—regions, states, provinces, etc.—is limited to centuries-old ideas about the supposedly proper units of federalism and subsidiarity; the European examples of city-provinces mentioned by Bauböck are precious few exceptions to this reality, and virtually none is predicated on a deep, across-the-board constitutional recognition of the metropolis as an autonomous order of government.

But the problem runs much deeper than a scholarly void. My forthcoming book City, State: Constitutionalism and the Megacity (Hirschl 2020) shows that in many polities worldwide, hard-wired constitutional arrangements originating from outdated concepts of spatial governance—the constitutional division of competences adopted in a pre-megacity era are increasingly detached from 21st century realities. Consequently, those cities that are home to the majority of humanity, that are ubiquitous and crucial to every aspect of 21st century society, culture, economics and politics, do not exist constitutionally. Cities remain “creatures of the state,” subjugated by a Westphalian constitutional order as well as by the state’s instinctive tendency to maintain jurisdictional primacy over its territory; again, we can find very few exceptions. This reflects what Ayelet Shachar and I have termed Spatial Statism (Hirschl & Shachar 2019). The key features of national constitutions as being both firmly entrenched and innately statist render the city systemically weak and to a large degree under-represented.

Cities – creatures of states and provinces

Most constitutional orders that were adopted over a two-century span, between the late 18th century and the 1970s, whether federal (e.g. U.S., Canada, Australia, Mexico, Germany), unitary (e.g. France, Netherlands, Sweden), or somewhere in between (e.g. UK, Spain), covering North America, Western Europe, as well as many former colonies in Africa, Asia, and Latin America, treat cities, including some of the world’s most significant urban centres, as creatures of the state, fully submerged within a Westphalian constitutional framework, and assigned limited administrative local governance authority. Their constitutional statuses range anywhere from secondary to non-existent. Whereas approximately 60% of the national constitutions currently in effect designate their respective country’s “national capital,” only a small handful of these constitutions (not to mention the other 40% of national constitutions) address these cities, let alone other large cities within their territorial jurisdiction, as metropolitan centres per se.

American cities, some of which are among the world’s largest, lack constitutional personality, and are principally at the mercy of state governments, constitutionally speaking. Doctrines such as “Dillon’s Rule” and home rule (the “Cooley Doctrine”) were formulated in the mid-19th century and endorsed by the U.S. Supreme Court in the early 20th century; these continue to govern the constitutional status of American megacities today. The result is that American constitutional jurisprudence on city power represents a very small fraction of that country’s federalism case law. Meanwhile, America’s dated yet rigid constitutional structure equips states with the powers to draw electoral district boundaries in a way that frustrates urban representation, and, most importantly, allow state legislatures to “pre-empt” city legislation. Leading experts on American cities’ constitutional status note that there are various ways in which states could frustrate cities’ efforts to address the welfare of urban residents by implementing redistricting and rezoning to dilute local power to the suburbs. Instances of pre-emption have expanded considerably in the last decade: states have pre-empted or overridden city ordinances on issues as diverse as local living wage regulations, gun control, municipal civil rights law, tobacco regulations, LGBTQ anti-discrimination rights, posting nutritional information in restaurants, anti-plastic and environmental protection legislation, and sanctuary city policies. Several states have also enacted laws that prohibit cities from joining international city networks.

American proponents of enhanced city power—an uphill battle, as we have seen—may find solace in the fact that, disempowered as American cities are, Canadian cities easily win the title of constitutionally weakest in North America. Lacking any direct constitutional powers, cities and municipalities in Canada exist only as bodies of delegated provincial authority, entirely dependent on provincial legislation for their power and sources of revenue. Large Canadian cities, essentially the front-line delivery agents of Canadian multiculturalism and social integration, are governed by a constitutional order that dates back to 1867 (at which time metro Toronto’s population was less than 50,000; today it is 7.5 million). In this reckoning, “municipal institutions” are creatures of provincial governments, controlled exclusively by provincial authority alongside “charities,” “eleemosynary institutions,” “shops,” and “saloons and taverns.” Given that 85% of Canada’s population lives in cities, and that over 50% of the nation’s population is concentrated in six metro areas, it would be something of an understatement to say that the constitutional non-status of cities in 21st century Canada—purportedly one of the world’s leading constitutional democracies, featuring abundant scholarly awareness for and legal recognition of diversity and differentiated citizenship—reflects serious constitutional datedness. It represents a major democracy deficit, possibly in violation of some of the country’s major constitutional pillars, as defined by the Supreme Court of Canada. (As is well-known, in its decision in the Quebec Secession Reference case (1998), the Supreme Court of Canada stated that the Canadian Constitution is based on four equally significant underlying principles: (1) federalism, (2) democracy, (3) constitutionalism and the rule of law, and (4) the protection of minorities. None of these principles trumps any of the others. See Reference re Secession of Quebec, [1998] 2 S.C.R. 217.).

Meanwhile, the Rhine-Ruhr metropolitan region (Germany’s largest urban agglomeration with over 11 million people) lacks any autonomous constitutional standing or personality; in fact, it is not even mentioned in the state constitution of North Rhine-Westphalia, within the boundaries of which it exists. The same is true of Frankfurt, described in Saskia Sassen’s seminal work as a “global city” alongside New York, London, and Tokyo—yet not even a whisper about Frankfurt in the Hessian state constitution. The dynamics of megacity constitutional empowerment in “new world” constitutional settings, mainly Asia and Latin America, is somewhat different, reflecting a confluence of varying demographic, political, and constitutional factors. However, even in those parts of the constitutional cosmos, the starting point and basic assumption of statist constitutional orders is that the city is just a component—and a largely dependent one at that—of the nation state and its statist constitutional framework.

This structural problem is further exacerbated by the intersection of demographic concentration in many urban areas with constitutionally protected malapportionment, which leads certain electoral systems to systematically under-represent large urban centres and their residents. In metropoles as diverse as Toronto, Chicago, Zurich, Mumbai, and São Paulo, poorly apportioned electoral systems are structured in a manner that prevents increasingly large sections of a democratic polity’s population from having equitable representation in a legislative body. To put it bluntly, the voice of urban voters is worth less than that of others, creating a de facto “one person, half a vote” reality for urban dwellers. As recent studies have suggested (e.g. Rodden 2019), given this inefficient concentration of voters, nearly every single-member, first-past-the-post electoral system under-represents its urban voters.

We could go on to question the efficacy, applicability, or indeed the very relevance, of a hypothetical “city-zenship” to the main sites of urbanisation: low- or lower-middle-income countries in the Global South. In these settings, state capacity may be variously weak (and would be further weakened by “city-zenship”) (See also Patti Lenard who makes a similar claim, albeit in the markedly different Canadian context); strongly-held ethnic, religious, or linguistic collective identity bases are likely to preclude alternative membership basis; or it may be strongly statist, where at times authoritarian governance reigns (thus rendering devolutionary “city-zenship” an impractical “pie in the sky” idea).

The challenges facing Kinshasa, for example, are enormous—its population has increased from 400,000 to 13 million in the space of only half a century, a 32-fold increase in a city where the annual GDP per capita ranges between $200 and $500. Dhaka contains 20 million residents living with a city-wide density of 46,000 people/km2 (119,140/mile2). Consider how much greater is the population density in Dhaka than it is in other cities: it is five times that of New York City, seven times San Francisco, 12 times Paris, 16 times Toronto, and nearly 30 times Melbourne. The challenges of Kinshasa, Dhaka, Mumbai, Lagos and other huge cities of the Global South will not be resolved by thought-provoking yet abstract political theory accounts that project a New York, Paris, or San Francisco political and demographic reality on fundamentally dissimilar urban settings in the Global South (these are three of the main cities that have experimented with city-based identity card programs).

Enough said. In City, State, I examine the origins and consequences of the constitutional (non)status of the city. For this forum, suffice it to say that what may well require urgent remedy is not the under-representation of city dwellers qua equal individual citizens, but rather the under-representation of the city itself qua major order of government in an increasingly urbanised world. While the daring arguments for city-based citizenship advanced by Bookchin (1987), de-Shalit (2018) , or Bauböck (2003) challenge the largely uncontested “seeing like state” underpinnings of contemporary political membership regimes, they seem to offer little response to the root cause of cities’ under-representation: the great constitutional silence on cities and on the urban condition more generally. 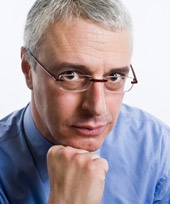