Viet Nam, a neighbouring country of China, was one of the first territories that had a confirmed case of COVID-19 outside of China. It has a large population (95 million) with densely populated metropolises. It scores 66th out of 89 economies in a global healthcare ranking list, well behind most of its Southeast Asian peers. Amid these drawbacks, so far, the country has been handling the situation surprisingly well, as is evident from the low number of confirmed cases (below 300, most of whom have recovered) and zero deaths.

As a preliminary remark to understand the applicable legal framework in the subsequent sections, it is important to have in mind some broad strokes of the political system of Viet Nam. Viet Nam is a socialist republic, led by the Communist Party of Viet Nam. Like any contemporary system, the separation of powers doctrine is stipulated in the Constitution, where the legislative power is vested in the National Assembly of Viet Nam; the executive power is performed by the Government, headed by the Prime Minister; the President is the head of the State; and the judiciary is an independent branch. The limitation of measures undertaken by the Government in response to COVID-19 is, thus, constrained by the power vested upon it by the Constitution and related legislation.

A state of emergency is defined domestically as situation of a ‘large-scale disaster’ or ’dangerous pandemic’ (Article 1 of Decree 71/2002/NĐ-CP on Implementation of the Legislation on the State of Emergency 2000). In the case of a pandemic, the procedure to declare a state of emergency is regulated by the Constitution of the Socialist Republic of Viet Nam 2013, the Legislation on the State of Emergency 2000 and, especially, the Law of Prevention and Control of Infectious Disease 2007 (‘LPCID’) and Decree 101/2010/NĐ-CP concerning quarantine in time of pandemic (‘Decree 101’). Accordingly, the first step to declare a state emergency is to announce that COVID-19 is a pandemic. Since it is a highly infectious virus with high mortality rate, COVID-19 is a ‘class-A’ virus and the mandate to announce a pandemic is rested upon the Prime Minister (Article 38 LPCID). After the pandemic has been announced, at the request of the Prime Minister, the National Assembly Standing Committee (‘NASC’; an organ that represents the National Assembly when the latter is not convened) shall issue a resolution to declare a state of emergency. In case the NASC cannot be convened immediately, the President shall issue the declaration.

The Prime Minister of Viet Nam has made the pandemic announcement on 1 April 2020 (Decision 447/QĐ-TTg); however, a state of emergency has not yet been officially declared. This practice is not surprising, as the state of national emergency has never been declared in the past, not even in case of the SARS pandemic in 2003 with five lives lost in the country.

Generally speaking, a state of national emergency is declared to give governments expansive powers to implement drastic measures that are not available in regular times, such as bypassing the parliament’s power, restricting freedom of movement and association, closing of non-essential businesses, mobilizing and requisitioning social resources, etc. In other words, the state of emergency would allow a government to considerably limit the civil and political rights of their citizens to the extent that corresponds to the level of threats and is consistent with domestic legislation (constitutional rights) and international obligations (eg. the International Covenant on Civil and Political Rights – ICCPR 1966). The issues worthy of discussion in this contribution, therefore, are:

Are there any differences between non-emergency measures and measures taken in a state of emergency in response to a pandemic?

Absent a declaration on the state of emergency, are the measures taken by the Vietnamese government compatible with the domestic legislation and international obligations?

Overlapping Legislation in Time of Non-Emergency and Emergency

For example, Article 53(1)(a) and Article 54(2)(b)-(đ) of LCPD both aim at limiting the movement of persons and vehicles into the infected region. Another instance is the similarity between the ‘limitation of gathering’ in case of non-emergency (Article 52(1)(c) of LCPD and Article 17 of Decree 101) and the ‘ban of gathering’ in case of emergency (Article 54(2)(d) of LCPD). Initially there were no documents that define the limitation quantitatively; however, in Directive 16/CT-TTg dated 31 March 2020 of the Prime Minister (‘Directive 16’), the Government made clear that the ‘limitation of gathering’ could be of ‘no more than 2 persons’. As such, there is virtually no difference between the ‘limitation’ and ‘ban’ of gathering in quantitative terms. Other conducts, such as the requirement to ‘dispose of infectious animals or goods’ in Article 54(2)(g) of LCPD, are not solely reserved for emergency situations as this is the standard practice that has been taken in normal times to deal with infectious diseases. The only apparent difference between the two levels is the mandate to mobilize and requisition of goods and infrastructure (Article 54(2)(a)); but then, this provision is downplayed by Article 6(2) of Decree 101 since the latter also grants such function to the national authorities without the need of declaring the state of emergency.

The overlaps in legislation have led to the conclusion that there is little, if any, difference between the response to a pandemic in a state of emergency and non-emergency time. This problem leads to the reality that, albeit in a non-emergency situation, the Government would actually apply measures that should be reserved in times of emergency, diminishing any reserving policy to be taken in time if a national emergency is actually declared.

Currently the measures taken by the government of Viet Nam to prevent and control COVID-19, inter alia, include:

(i) Shutting down schools, nurseries and universities: Viet Nam was one of the first countries to implement the shutdown of public and private education (3 February 2020). At the time, this decision was criticized for the lack of risk assessment and forcing parents to stay home.

(ii) Mandatory quarantine: Viet Nam follows the method of tracked and centralized quarantine similar to China. Hospitals, army camps and other public infrastructures were used as quarantine centres. The mandatory quarantine is not only applicable to confirmed cases (F0) but also extended to suspicious persons who have come into contact with the patients having tested positive (F1) and other persons living in or coming from infected areas for at least 14 days. This measure is coupled with the requirement for the F0 to disclose their health record and travel record for the last 14 days since first displaying symptoms. F0 will be given a ‘number’ and, in some cases, their identities will be shared in the media.

(iii) Nation-wide quarantine: The latest measure of the Vietnamese government was to impose a nation-wide quarantine of 15 days as of the first of April 2020 by Directive 16. Accordingly, non-essential workers are required to stay indoors and all citizens are obligated to wear facemasks when going out for valid reasons. Non-essential businesses are closed and a ban of gathering of more than two persons is in place. Later, it was elaborated that the nation-wide quarantine is ‘not isolation’ but rather to respect the social distancing rule while keeping the production of essential goods, such as foods and medical supplies.

Absent the declaration on the state of emergency, the legal bases for these measures rest on LPCID (except Article 54 and 55) and Decree 101 as well as the delegated powers and functions of the Government according to the Vietnamese Constitution and related documents. In general, the legislation provides national authorities with broad discretion in taking sweeping measures to prevent and control a pandemic even at the cost of limiting constitutional rights of the citizens (eg. rights to mobility, to work, to receive public education, etc.). This is made possible through the use of abstract language and catch-all clauses in the legislation. For example, Articles 52(1) of LPCID and Article 17(3) of Decree 101 allow the national authorities to temporarily close down ‘business activities and services in public spaces’ in the time of pandemic. As the term ‘business’ and ‘services’ are defined broadly in the Law on Enterprise 2014 (Article 4(16)), these provisions would allow the temporary closure of schools or any type of business (in this case, it is ‘non-essential business’) if the Government deems necessary. Article 49 of LPCD and Decree 101 also mandate the Government to enforce mandatory quarantine measures on persons that are infected or suspected of being infected and move them to centralized quarantine centres until they are cured or have not shown any symptoms after 14 days. Moreover, the legislation neither specifies nor distinguishes the scope of application of these measures. This gives the national authorities a considerable margin of discretion in deciding the spatial applicability of the measures from the district level up to nation-wide.

Regarding international obligations, the potential constraints on civil and political rights of a person during a time of pandemic also touch upon Viet Nam’s obligations under the ICCPR 1966. The Covenant provides for certain exceptions where the rights stipulated under the instrument, except for non-derogable rights, can be waived due to an emergency. As a party to the Covenant and absent the declaration on the state of emergency, Viet Nam is obligated to perform the Covenant in full, including the obligation not to conduct ‘arbitrary or unlawful interference’ with the individual’s privacy, as stipulated in Article 17 of the Covenant. In Van Hulst v. Netherlands, the Human Rights Committee further elaborated that the non-arbitrary interference requirement would entail that the government measure be proportionate and reasonable to the aim pursued, including, inter alia, a rational connection between the measure and the aim as well as minimal impairment to the right to privacy of individual. In March, the travel record and true name of a COVID-19 patient (patient 17), the first confirmed case in the capital, has been revealed to the public via a state-run digital newspaper. The disclosure of patient 17 cannot be justified as an articulated attempt to prevent the pandemic since no other patient’s true identity was revealed in the entire pandemic prevention process. Moreover, as the result of the disclosure, the individual and his or her family members are faced with angers and frustrations by the public. As such, there is room for a cursory view that, the alleged ‘interference’ of the government in the privacy of patient 17 by disclosing the true identity of the individual, may be deemed incompatible with the non-arbitrary interference requirement under Article 17.

The question remains: What is the purpose of having ‘state of emergency’ clauses when they are virtually a repetition of measures the government may take when there is no emergency?

In general, comparing to non-emergency measures, measures taken in emergency time are either more intensive in degree or broader in scope or both. As it stands, if Viet Nam were to declare a state of emergency there would be no reserving policy space for the government to fall back to, eg. with regard to limiting the freedom of movement, gatherings or imposing quarantine.

While the efforts of the country and the solidarity of the citizens are laudable given that positive cases remain low and it, so far, has a zero death toll, a crisis is often the time to re-evaluate and put the system to the test. Viet Nam should seize the opportunity to revise its legislation and clearly distinguish between emergency and non-emergency measure, both in terms of degree and scope.

The author would like to express his sincere appreciation for the editors for their diligent review and helpful comments. Any mistake or imprecision should be attributed to the author alone.

Other posts about this region:
Vietnam 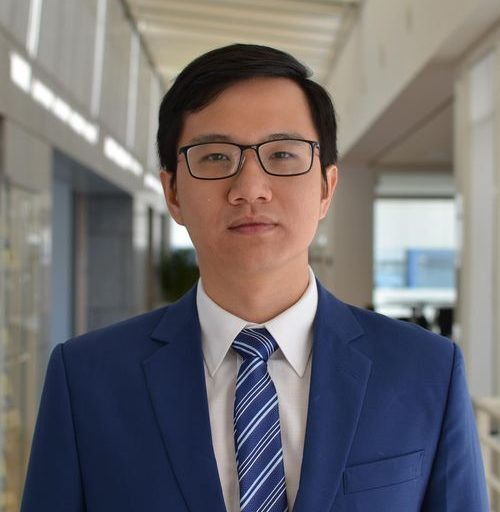 Trung Nguyen Trung Nguyen is a Research Fellow at the Max Planck Institute Luxembourg for International, European and Regulatory Procedural Law and a PhD candidate at the University of Luxembourg.

Other posts about this region:
Vietnam No Comments Join the discussion
Go to Top