We Need to Talk About Valuation in ISDS

Rethinking the quantification of damages in international investment arbitration

Over the last few years, Investor-State Dispute Settlement (ISDS) has received an increasing amount of critical attention. Where previously only specialists were aware of the existence of this field of international adjudication, now even the general press discusses its shortcomings and lack of legitimacy. Criticism can be divided into two broad categories. The first focuses on the competence of the arbitral tribunals to adjudicate investor-State disputes involving public interest considerations. People for instance question whether private arbitrators, rather than courts or public authorities, are in a position to decide whether a certain country ought to be able to regulate economic activity in a certain way. The second concerns the extent of the protection offered to foreign investors. Thus, many do not accept that foreign investors should be treated more favourably than domestic actors.

Beyond the questions of arbitral jurisdiction and investor rights (or State duties), there is a key third pillar of ISDS that has largely escaped attention. Once an arbitral tribunal has decided that it is competent to adjudicate the investor’s claim against the State and found the latter in breach of its obligations, it will proceed to consider the appropriate remedy. Such a remedy will practically always consist in damages. That is, States will be ordered to pay a sum of money to compensate the investor for the breach. The sums are often gigantic, particularly in cases involving natural resources. For example, last summer Pakistan was held liable for $5,84 billion, which amounts to around 2% of the country’s GDP, for refusing to grant a mining licence. Other recent examples of so-called ‘mega-awards’, amounting to similar fractions of the domestic GDP, include Occidental v Ecuador ($2,3 billion, for the termination of an oil concession), Yukos v Russia ($50 billion, for the expropriation of the oil company), or ConocoPhillips v Venezuela ($8,7 billion, for the nationalisation of the oil giant’s Venezuelan subsidiary).

It is certainly true that many people have shown disquiet at the sheer figures. However, there has practically been no critical examination of the principles developed by arbitrators to produce these dizzying amounts. Indeed, there is a remarkably solid consensus in ISDS about how damages should be calculated. Four key propositions are now held to be unquestionable. First, the so-called ‘Hull formula’: expropriation must be accompanied by prompt, adequate and effective compensation. Second, full reparation: investors must be restored to the position they would be in but for the State’s breach. Third, ‘fair market value’ (FMV): compensation for expropriation or damages for a breach should be based on the amount a hypothetical buyer would have paid to acquire the investment in an open market. Fourth, FMV will usually be calculated according to the DCF method (discounted cash flow): the value of the investment will be calculated as equal to its future expected income, discounted through an appropriate discount rate to reflect inflation, uncertainty and the time-value of money.

Value as a fact

It is possible that at this point the reader has already lost interest in what I am describing. Why indeed should we care about the technicalities of valuation? I wish to argue that this is a key question of major legal and political significance, that ought to attract as much attention as the issues of arbitral jurisdiction or investor rights. Beyond the sheer figures awarded against States, there are several major reasons to get interested in quantum-related matters.

The first is that the consensus that we observe today is in fact a very modern phenomenon. One may be surprised to learn that, until the early 90s, the question of how damages to investors were quantified was extremely controversial in international law. Indeed, it used to be seen as the site of an insoluble political conflict between capital-exporting and capital-importing countries, where the former would push for compensation and valuation standards more favourable to investors and the latter viceversa (see e.g. here). In practice, the actual sums would often result of compromise and negotiation rather than expert determination. Also, the DCF method was viewed with great suspicion, as valuation tended to be based on the historic costs incurred by investors rather than on speculation about future revenue.

Two essential things happened around the turn to the 90s that swept away prior approaches to quantification of damages. The first is the well-known boom in international investment arbitration. Where political compromise was previously so common, arbitrators now had the responsibility of calculating damages. Called upon to adjudicate as legal experts, they were forced to search for some objective foundation on which to determine the right amounts.

The second thing is probably the most important. That moment in time also saw a shift in how value came to be perceived. Value began to be understood as a purely factual matter, and valuation as a purely technical endeavour. To put it otherwise, the value of any particular investment ceased to be seen as legally constituted or dependant on legal determination, but became instead a pre-legal datum that the arbitrators were charged with ascertaining with the help of financial experts. Thus, in its 1992 Legal framework for the treatment of foreign investment, the World Bank claimed that the ‘ideological approaches’ of the past should be replaced with ‘best practices’ of today (meaning FMV and a preference for DCF).

As a result, considerations of fairness (despite the misleading ‘F’ in FMV) or public interest are now generally seen as irrelevant to quantification. It is simply thought to be a fact that a willing buyer would rely on DCF, and that not following this valuation method would lead to award the investor something less than what was taken away. Challenges to FMV or DCF will be rejected for ‘misunderstanding economics’ or ‘modern financial principles of valuation’. The perception of market value as fact is now so ingrained that putting forward any alternatives is seen as a form of intolerable disruption. In the recent case of ConocoPhillips v Venezuela, for instance, the arbitrators found that the State had acted in bad faith for offering an amount as compensation that would not be based on FMV.

Law and the creation of value

This shift in the understanding of value explains both why the consensus is so solid (dissent is seen as ideology-driven denial of reality) and why people take so little interest in quantification (it is a technical question, not a legal or political one). We wish nevertheless to argue that value is, at root, very much a legal creation, rather than a pre-legal fact (as Katharina Pistor’s recent book The Code of Capital convincingly argues). Here are three examples of how it is so, all of which directly challenge how valuation is performed in ISDS:

First, it should be self-evident that the value of something largely depends on your ability to trade it in the market (hence the term ‘exchange-value’). This does not depend on the thing’s inherent properties, but on the law. Indeed, the law, and most obviously the law of contracts, will determine not only what can be traded, but also how it may be traded and under what conditions promises may be enforced. When determining FMV, however, arbitral tribunals reason as if markets pre-existed any legal regime. In Occidental v Ecuador, for instance, the investor was awarded the market value of its investment even though the investment could not legally have been sold under Ecuadorian law.

Second, the value of an asset depends also on the ability to capture future benefits. Future profitability is also not a matter of fact, but depends directly on legal determination. In particular, how much profits the investor will reap in the future is largely in the hands of the State, who can (legitimately) choose to raise taxes. This should lead to the conclusion that damages should only cover some reasonable measure of expected profits. Venezuela raised a similar argument against ConocoPhillips in relation to the quantum of damages – when projecting future cash flows, surely one has to take into account the fact that the measure of those cash flows will be established by the State through its fiscal policy? Arbitrators brushed this aside as mere speculation.

Third, liability rules themselves are also constitutive of value. Indeed, they determine how strongly a certain expectation is protected. Thus, different areas of the law will make it easier to claim for certain kinds of harm than for others, will discriminate according to the degree of wrongfulness of the harmful action, or will determine which of the harmful consequences that follow from a breach of duty will be imputable to the author of the breach. It is not therefore a purely factual matter. For instance, and for reasons that depend on policy and context, in tort law a mere loss of chance or pure economic harm will typically not be so easily recoverable as other types of harm, and in the law of public procurement a tenderer who is wrongfully denied will most often not be awarded the value of the forgone contract. Arbitrators however tend to treat the relationship between the State’s action and the investor’s recoverable harm as a purely factual matter. In Tethyan Copper Company v Pakistan, where the investor had been denied a mining licence, the arbitrators awarded almost $6 billion as this was thought to be the value of the projected returns from exploiting the mines (even though the corporation had never actually exploited them).

There is a clear consequence to all of this. Investors are being systematically overcompensated. They are receiving monetary damages that they would not be entitled to outside of ISDS, on the basis of an unjustified and highly reductive understanding of value. The solution may be to reintroduce considerations of fairness and public interest in damages calculations, or to subject this assessment to the applicable domestic law. In any case, it is high time to reclaim valuation as a legal and political issue of the highest importance. 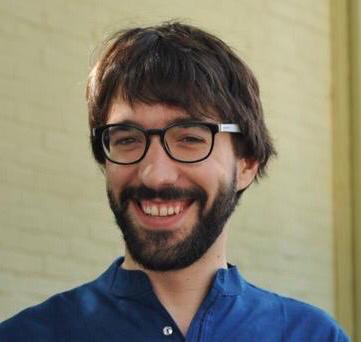 Toni Marzal Lecturer in Private Law at the University of Glasgow.