How important is it for a Parliament to know which Ministers are appointed to administer which departments? This odd question has been at the centre of a furore in Australia in recent weeks. It has focussed attention on the legal and political requirements for ‘responsible government’, to use the characterisation of the relationship between Crown, Ministers and Parliament that is in common use in parliamentary systems in the British tradition, including those in Australia. It raises some intriguing questions for the construction of the executive chapter of the Australian Constitution, which are all the more important in times of global concern about democratic decline.

The saga began to unfold following the federal election in May 2022, which brought to an end almost a decade of conservative LNP government, delivering a narrow majority to a left-of-centre ALP government. Three months later a new book was released, evocatively entitled Plagued, which apparently was designed to highlight the significance of the role played in managing the pandemic by the outgoing Prime Minister, Scott Morrison. Almost incidentally, the book revealed that in March 2020 the then Prime Minister had had himself appointed to administer the departments of Health and Finance, in addition to his own, both of which already had Ministers, only one of whom was told this had occurred.

In the heady days that followed, further inquiries revealed that, by May 2021, Morrison had been appointed to administer three other departments as well: Home Affairs, Treasury and Industry, Science, Energy and Resources. Apart from the Health Minister, none of the other Ministers were informed, although Industry Minister Pitt presumably realised that something had happened when, in December 2021,  Morrison rejected renewal of a permit for gas exploration that Pitt had been inclined to approve; a decision that now is being challenged in the courts. It is not yet clear to what extent knowledge of these appointments was held by officials in the departments concerned, although some in the Department of Prime Minister and Cabinet (PMC) must have known. It is very clear, however, that the appointments were never publicly announced and were not known to either Parliament or the public.

The former Prime Minister justified his actions as precautionary: safeguards against a key Minister falling ill or, alternatively, against a Minister overreaching in the exercise of the extensive decision-making powers held under pandemic-related legislation. He noted that, with the exception of the gas exploration permit, he did not actively exercise his additional powers at all. He claimed that secrecy was necessary to avoid undermining the other Ministers. None of these explanations is particularly persuasive, however, and the rationales for his actions remain mysterious. There are other, more orthodox ways of dealing with either ministerial illness or overreach. The one occasion on which he is known to have exercised his additional authority had nothing to do with the pandemic at all. And the case for secrecy, such as it is, merely further undermines the bizarre character of these multiple appointments.

How All This Occurred

How all this could happen requires some explanation. Australia remains, formally, a constitutional monarchy, with a Governor-General, representing the Queen, as de facto Head of State. The Constitution was written more than 30 years before Australian independence and shows signs of its age. Chapter II of the Constitution, which deals with the executive, was influenced by the ‘unwritten’ character of the constitutional framework for the British executive on which the Australian executive would, broadly, be modelled. The text of the chapter is brief, prescribing the ‘dignified’ rather than the ‘efficient’ parts of the executive, to use Walter Bagehot’s dichotomy. The executive power of the Commonwealth is described as ‘exercisable’ by the Governor-General (sec 61). The Governor-General appoints ‘Ministers’ to ‘administer’ the departments of State who must also be Members of Parliament and who hold office at the Governor-General’s ‘pleasure’ (sec 64). The Governor-General ‘directs’ Ministers to hold particular offices, unless Parliament has prescribed otherwise (sec 65). Ministers also ‘advise’ the Governor-General ‘in the government of the Commonwealth’ through a body called the ‘Federal Executive Council’.

There is no reference to a Prime Minister, and no further indication of the conventions that must be followed for this system of government to work, linking the executive power to Ministers who have the support of a Parliament that is directly elected by the people, to which they are responsible. Consistently with such conventions, the Governor-General must choose a Prime Minister who has the ‘confidence’ of the House of Representatives and must act on the advice of the Prime Minister in appointing other Ministers under sections 64 and 65. The Ministry, in turn, is individually and collectively responsible to the Parliament in ways that range from the obligation to field questions to the potential for loss of office. It would seem a sine qua non that Parliament knows the range of responsibilities of each Minister.

The link between Ministers and departmental responsibilities became complicated in the latter part of the 20th century when ‘super-departments’ were created to which multiple Ministers and assistant Ministers were appointed. The practice was upheld by the High Court in 2001, in Re Patterson, in the interests of the ‘flexibility…of governmental administration’ [11]. The reasoning of the judges suggests that their approval had parameters, however, which have a bearing on ministerial arrangements of which Parliament and the public are unaware. The degree of flexibility must be ‘consistent with the basic requirements of responsible government’ [11]. Parliament determines the procedures by which multiple Ministers ‘answer for the conduct’ of a single department. [17]. Administration in these circumstances is ‘joint’ rather than ‘several’, to avoid problems for the rule of law [64]. Parliament’s task of securing accountability ‘is the very essence of responsible government’ [217].

It is now clear that the five additional appointments that the former Prime Minister acquired were made by the Governor-General on the Prime Minister’s advice. The four instruments of appointment, which the new government has released, appoint him to administer the Departments of Health and Finance, under section 64 and (rather oddly) ‘direct and appoint’ him to administer the other three departments, under sections 64 and 65. It seems that the Prime Minister’s advice was given in writing, rather than in person.  It is not known whether the Governor-General queried the advice in any way before accepting it, although on present indications this seems unlikely. The Governor-General has defended the secrecy of the appointments by saying that it is not his responsibility to publicise such ‘administrative changes’ and that he had ‘no reason to believe that appointments would not be communicated’.

Shortly after the news broke, the new Prime Minister sought an opinion from the Solicitor-General on the validity of his predecessor’s appointment to administer the Industry Department, on the basis of which he had rejected the renewal of the exploration permit. In a somewhat literal interpretation of section 64 of the Constitution, the Solicitor-General advised that the appointment was legally valid and that there was no ‘constitutional…requirement for notification of such an appointment as a condition of its validity’ [8]. The latter part of his opinion nevertheless emphasised the significance of what had occurred for both political and legal accountability and for the efficacy of responsible government. He identified three types of problems. Most importantly, Parliament could not hold Ministers accountable, for either action or inaction, if it was not aware of the extent of their authority [46]. Significantly also, multiple Ministers could not work out the division of responsibilities between themselves, as the High Court in Re Patterson has assumed, if they were not aware of each other’s appointments [47]. Finally, but also significantly, the concept of administration of a department was a nonsense, if the department did not know of a Minister’s appointment [48]. The opinion concluded with some observations about the changes that might be made to ensure that the problem of secrecy did not recur.

Following the release of the opinion, the government established an Inquiry, chaired by former High Court Justice Virginia Bell, to report on the circumstances surrounding the multiple ministerial appointments and the implications of these events for the system of government. The Inquiry is scheduled to report by 25 November.

The first is that the Solicitor-General’s conclusion that secret ministerial appointments are not unlawful may be unduly cautious. Responsible government is a central pillar of the Australian Constitution, on which Australian democracy relies. If knowledge of the responsibilities of individual Ministers is essential for its operation, as the opinion accepts, it surely can be construed as integral to the system of government for which the Constitution provides. On that basis, publication would be neither a mere practice nor even a constitutional convention but a legal requirement inherent in the powers conferred by sections 64 and 65. This construction of the Constitution would underpin the flexibility of Chapter II of the Constitution, on which the High Court placed weight in Re Patterson. It would certainly be consistent with the notes of caution sounded by individual Justices in that case.

Secondly, what has emerged so far suggests that current procedures for the appointment of Ministers to administer department and the direction of Ministers to hold offices are chaotic. Part of the problem is the distinction drawn by the Constitution itself, between administering departments and holding particular offices, in sections 64 and 65.  It is compounded by the plethora of means, revealed in the Solicitor-General’s opinion, by which information about ministerial arrangements are or could be published; by the fragmented and inconsistent practices through which publication actually occurs; and by uncertainty about where responsibility for publication lies. Oddly, for example, the opinion observes that the Governor-General at least sometimes gazettes directions to hold ministerial office under section 65 but that there is no comparable practice in relation to section 64.

Third, it is possible to view these events as part of a transition from constitutional monarchy to de facto republic in Australia. Historically, responsible government has had two constituent parts: the relationship between the Crown and Ministers and the relationship between Ministers and Parliament. The former was at one time more significant than it is now. The Crown was the source of executive power and had residual, if progressively dwindling, discretion in relation to the appointment and removal of the Prime Minister. Even where there was no discretion to refuse advice at all, it offered a form of check and balance through its potential to ‘advise, encourage and warn’. The actions of the Governor-General in appointing the Prime Minister to multiple ministries without any information being publicly released suggests that the role of the Crown has waned further and now is merely convenient symbolism. The relationship between Ministers and Parliament, on the other hand, is more important than ever for healthy parliamentary democracy.

These priorities are not recognised by the Constitution as it presently stands. If and when Australia again moves to become a republic, they demand consideration. It may be that tradition has such deep roots that Australia will not be prepared to abandon the role of the head of state in appointing the Prime Minister, even under a republic, although the option should be explored. For practical reasons, it also is likely that a republican head of state would retain the power to appoint ministers, on Prime Ministerial advice. But the significance of the relationship with Parliament should be explicitly accommodated as well. One option, for example, would be to adapt to the Australian context the requirement for ministerial oaths to be taken before the Parliament, for which section 64 of the German Grundgesetz presently provides. 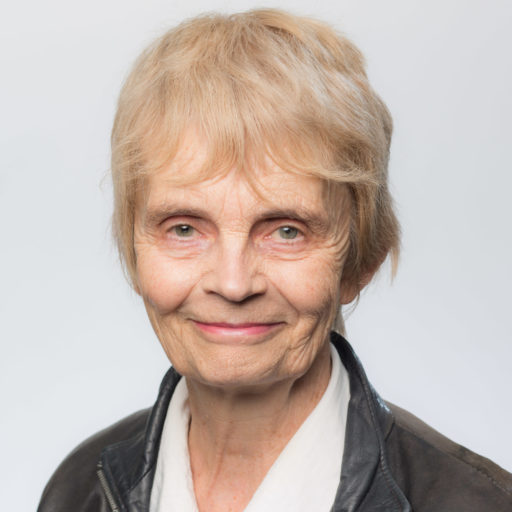 Cheryl Saunders Cheryl Saunders is Laureate Professor Emeritus and a convenor of the Constitution Transformation Network at the University of Melbourne Law School.

Other posts about this region:
Australien No Comments Join the discussion
pixel_not_set
Go to Top