In his kick-off, Rainer Bauböck discusses the influence of citizenship, both urban and national, on the relationship between cities, states and the people that reside in them. His position is that urban citizenship should not, and cannot, replace national citizenship; rather, the future lies in an urban citizenship “derived from residence rather than nationality … that complements national citizenship”. Bauböck believes that such a multilevel citizenship would be able to create a “status of equality” shared by urban and non-urban populations. My response to Bauböck’s reflections on urban citizenship considers some legal implications of the postnational view that Bauböck finds most promising. Specifically, it questions how suited citizenship is – as a legal instrument – for accommodating the concerns raised in Bauböck’s contribution.

Apart from its effects on identity, belonging and nation-building, citizenship represents a bundle of rights and duties vis-à-vis a specific government and, to some extent, other citizens. Seen through a legal lens, the opportunity, and challenge, of multiple overlapping citizenships lies in the duplication of such rights and duties in the same legal space, and the possibility for conflict between them.

Generally speaking, law does not necessarily present the best solution to complex situations; rather, it allows us to arrive at one possible solution in situations of reasonable indecision (Gardner 2019: 14). In the words of John Gardner, “[Law] is needed to settle which way we are going to go, from now on, on a matter on which there is, apart from the law, more than one defensible way to go” (ibid.: 13). In some ways, the debate on urban, national and supranational citizenship follows directly from this. Regardless of our position on the value of citizenship, the law tends to steer us to only one possible outcome on citizenship: national or local. EU citizenship is a limited exception to this situation and continues to depend on national citizenship. Moreover, the spheres of influence of national and EU citizenship do not overlap in meaningful ways – EU citizenship is primarily activated through movement beyond national borders. Within the current legal framework, this type of coexistence is not as readily available for local and national citizenship: the coexistence of two sovereigns in one jurisdiction is an uncomfortable legal reality. Dual national citizenship continues to be rejected by a minority of states partly for this reason; it can create an overlapping set of competing obligations to different sovereigns.

Beyond citizenship, law has an inherently complex relationship to space: law is “local” insofar as most laws originate and apply within limited geographical boundaries. National law continues to dominate, despite significant competition from the supranational and the local level. The creation of the European Union is an important example of law’s changing relationship with space, chiselling away at the nation-state’s monopoly on sovereignty. The increasing importance of transnational law, where private actors are an important source of transboundary norm creation, presents another challenge to the dominance of national law originating from public institutions. Nonetheless, the national space continues to be the benchmark against which other legal spaces (local, European, international) are assessed. The fact that in the relatively recent age of Empires, the nation-state was not a dominating or even coherent force (Prak, 2018) is not reflected in the current legal system or the scholarship surrounding it.

The resurgence of cities as national and international political actors, and the use of citizenship to signal local belonging can be listed as another challenge to the existing categorisation and hierarchy of “spaces” in legal scholarship. The creation of an urban citizenship alongside a national one would further exacerbate these growing tensions. The existence of rights and duties vis-à-vis another sovereign within the nation-state would require clarifying the relationship between the newly-minted local citizen and her local government. It would also necessitate a conversation regarding a hierarchy, or coexistence, of local, national, and European or international rights and duties. As suggested previously, coexistence may not lead to one answer for indeterminate situations; the European legal space has shown us that a legal system can also embrace a plurality of overlapping norms.

How to ensure an added value of legal city-zenship?

Proposing the legalisation of urban residency through city-zenship implies that the creation of such a status would create or formalise an additional set of rights and duties of value for the individuals and their locality. Depending on which rights and duties would be connected to city-zenship, this added value could come from increased democracy within cities due to clearer voting and electorate rights, or more sustainable urban economies through duties related to taxation. All of these developments could lead to the empowerment of both cities and their inhabitants within the national and international arena.

Apart from its instrumental value, some may consider the legalisation of local residency inherently valuable.  Our societies increasingly appear to be ‘legalising’ – in the sense of being ever more regulated by law – as exemplified by the interviewee in Nir Barak’s contribution who refers to his ‘right to the city’ when speaking about the processes regarding urban planning. Being able to ‘constitutionalise’ one’s status or entitlement to a certain thing, activity, or process appears to be giving weight to practices that were (and still are) mostly regulated through social norms, in the shadow of the law.

That said, for some issues, such as securing equal rights for different groups and abolishing discrimination, the law can be a powerful tool. While national citizenship may have created a degree of formal equality between national citizens, there are many legal and practical exceptions that persist regardless of citizenship status. National citizenship has historically failed to ensure material equality between groups. Moreover, between nation states, citizenship has arguably given rise to more rather than less inequality (see, for example, Kälin and Kochenov 2019). Bauböck, I believe correctly, points out that national citizenship creates inequalities between nationals and non-nationals which play out at the local level. De Shalit expresses optimism regarding city-zenship’s ability to manage spatial and relational inequality. Perhaps. The creation of additional legal statuses for city residents may provide some protection for some people; it will also create further ways to differentiate between groups and their rights at the local level – something that Patti Lenard’s highlights in her contribution on the role of those ‘left behind’, i.e., the non-urban population.

In my view, the proof will be in the legal pudding, to which urban citizenship would add one additional flavour. In 2014, Benjamin Barber dedicated his book to “our cosmopolitan mayors everywhere, who take responsibility for a world they have not been given the full power to govern” (Barber 2014: v). This quote refers to the fact that many local governments are constrained in their ability to legislate on certain topics. If urban citizenship would become a reality, we would need to ensure that cities are able to match the changed status of their inhabitants: the duty to pay local taxes needs to be mirrored by the power to tax. Having a right to stand for election requires the existence of elected local councils and/or mayors. The added value of city-zenship in these cases would depend in large part on additional institutional changes that in turn depend on national governments.

In a multi-layered system, Bauböck’s suggestion of creating multiple, overlapping memberships at each level is vastly preferable to the current restrictive system of national citizenship. This is especially true if your view of the future of such a system is polycentric, like the one I presented in van Zeben (2019). However, mirroring the existing national system of citizenship at the local level risks repeating past mistakes.

In a polycentric society, individuals are able to exercise a large degree of self-governance to organise themselves in mutually beneficial ways. In order to do so successfully, certain conditions must be fulfilled, including freedom of entry into and exit from the relevant communities in the polycentric system; the ability to enforce and peacefully contest shared rules; meaningful access to information and justice, and capacity building for learning (ibid: 27). Urban citizenship could be a vehicle for such processes. Alternatively, it could lead to a multiplication of existing processes and provide a basis for discrimination and exclusion – a real and tangible concern in a polarising world, even if urban citizenship could be more inclusive than certain forms of national citizenship.

There is ample behavioural and sociological work to suggest that people are not motivated primarily by the law or their rights. They act due to social norms, the desire to be part of a community, to obtain trust and respect from their peers. The law needs to enable people to take responsibility and to give them power to govern, for example, by creating the polycentric prerequisites mentioned above. The legalisation of urban residency through city-zenship is one tangible legal mechanism through which these things can be achieved, but it may not be the only or best mechanism. 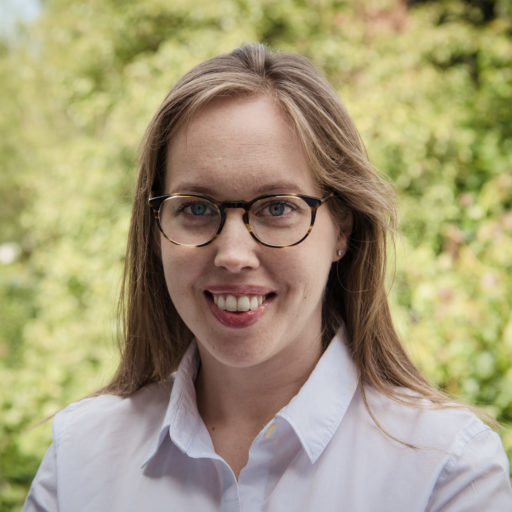