When International Rules Come in Handy for an Autocratic Regime

Russia, the FATF, and the overzealous implementation of international anti money laundering recommendations

Russian law, this trend was conspicious in recent years, is moving away from the acceptance of international rules in the domestic legal order. In 2015 the Constitutional Court declared itself competent to decide on whether a European Court of Human Rights judgment was in conformity with the Constitution. Later that year legislative amendments entrenched this approach, two Strasbourg judgments were denied execution. In July 2020 constitutional amendments extended this to all international judicial rulings and arbitral awards.

Under this thick fog of isolationist rhetoric, however, lay areas where quite a different attitude towards international rules thrives – one of overzealous implementation. One of them is the combat against money laundering and, in particular, giving effect to the Recommendations of Financial Action Task Force (FATF). A one-page investigator’s decision referring to money laundering would be enough to conduct over a hundred of searches across the country, freeze hundreds of bank accounts, and introduce new regulations to implement FATF Recommendations so swiftly that enforcement of ECtHR judgments pales in comparison. All of that is directed against the political opposition with no meaningful international oversight.

During the summer of 2019 mass protests shook Moscow: people were on the streets against the authorities’ decision to deny a number of independent candidates access to the electoral ballot on the basis of alleged irregularities with the signatures collected in the candidates’ support. During one of the bigger demonstrations, on 3 August 2019, the Investigative Committee announced the opening of an investigation into money laundering committed by the leadership of the Foundation against Corruption (known by its Russian acronym, “FBK”), a group led by Alexey Navalny who is a major figure of the political opposition. The FBK conducts and publishes anti-corruption investigations based on publicly available data, e.g. property registers, public officials’ tax declarations etc. One of the major investigations presented evidence of unexplained wealth of the former President and former Prime Minister of the Russian Federation Dmitry Medvedev (“He’s not Dimon to You”).

The decision to open the investigation which was made available to the defence was one page long, and only two short paragraphs dealt with the actus reus. As it transpired from the decision, the FBK leaders were suspected of transferring cash into the FBK accounts via ATMs. The decision failed to make even a cursory mention of the predicate offence, i.e. the crime that generated the supposedly illegal income.

However unconvincing the decision to open the investigation into money laundering was, it led to considerable consequences. After the election results were declared and it turned out that the candidates supported by Alexey Navalny obtained almost half of the votes in Moscow and won elsewhere (e.g., in the Khabarovsk governorship run-off), the homes and offices of the FBK staff in dozens of Russian regions were searched on the same day of 12 September 2019. In total, over 100 searches were conducted, all with reference to the one-page decision of 3 August 2019. They all had been authorized by the rulings of the Basmanny District Court in Moscow which just copy-pasted the two paragraphs from the decision to open the investigation. The same text was again copy-pasted in over 200 rulings blocking personal bank accounts of the FBK staff and other pro-Navalny activists. Searches related to the 2003 case against Mikhail Khodorkovskiy are conducted in 2020 with reference to the allegations of money-laundering.

Anti-money-laundering prosecutions would normally be based on financial investigations that follow the money flows and, thus, on the factual allegations that are more detailed than half a page. Such allegations should also include data and explanations as to the criminal nature of the money that was being laundered. In this case the choice of the charges of money laundering against the FBK leadership was likely preferred to any other in order to justify the prosecution internationally. The reason is that the misuse of the charges of fraud against Mr Navalny had already failed the test of the European Convention twice (Navalny and Ofitserov v. Russia and Navalnyye v. Russia), but money laundering is an internationally recognised evil against which all States should take measures, as required by international conventions and international anti-money-laundering organisations. Here the Russian authorities may have expected not the criticism but international praise.

Russia is a member of three international anti-money-laundering organisations: G7-founded FATF, Council of Europe’s Moneyval and the Eurasian Group (EAG) dominated by Russia itself. Russia was reviewed by Moneyval in 2014 and by FATF in late 2019. Both groups rated Russia as ‘largely compliant’ on most of the issues. Importantly, the methodologies of both groups were focused on the insufficient implementation of the anti-money-laundering recommendations, but not on the overzealous enforcement or outright abuse for political purposes. This “blind spot” in the analysis may, at least in part, be explained by the desire to identify and close all the loopholes for an internationally acknowledged evil of money laundering and terrorism financing. It may also be due to the fact that the review is conducted by the officials in charge of combating money laundering in their home countries.

During the review Russia identified a potential field for the development of anti-money-laundering regulations: cash donations to charities. In July 2020 the Ministry of Justice published draft regulations on the matter. No judgment of the European Court of Human Rights, or of the International Tribunal of the Law of the Sea, or an arbitral award has ever been implemented with comparable swiftness.

The European Court of Human Rights was accused on more than one occasion for acting outside any democratic control, not only by the likes of Daily Mail and pro-Kremlin politicians, but, for example, by a senior Swiss judge. Yet, with all the democratic deficit of European institutions, ECtHR judges are elected by members of the Parliamentary Assembly which are, in turn, elected members of their respective national parliaments, and the ECtHR is more than attentive to the criticism from the governments (not much so to that of practicing lawyers and human rights NGOs though).

In contrast, FATF both operates without any supervision by any democratically elected institution and has much more tangible impact on, for example, the Russian legal system than the ECHR. FATF is not entirely deaf to this criticism and started holding Private Sector Consultative Forums to consult with interested parties other than not always democratically elected governments. One of the recommendations of these forums was to enhance the participation of NGOs concerned in the compliance reviews of the participating states. In 2019 UN Special Rapporteur on the promotion and protection of human rights and fundamental freedoms while countering terrorism Fionnuala Ní Aoláin also called on FATF to have regard to international human rights norms. However, as can be seen from the 2019 review of Russia, the FATF anonymous reviewers did not take that otherwise reasonable suggestion on board.

Russia is not alone in the abuse of FATF Recommendations. Kyrgyzstan, which is not even a FATF member, has recently adopted a law to impose further obligations on NGOs. This new law will require reporting to the Ministry of Justice, Social Benefits Fund, and to the Statistics Committee on top of the reporting to the tax authorities and will also prohibit NGOs to contract individual entrepreneurs. The MPs who sponsored the law publicly justified it as implementation of the FATF Recommendation 8 on combating money laundering and financing of terrorism through not-for-profit organizations. But rather than contributing to the prevention of money laundering and financing of terrorism, this law will make the operation of Kyrgyzstani civil society organisations more cumbersome and prone to abuse by the all-powerful executive.

FATF is not alone in being an international body which is not intended to restrict human rights, but in practice the governmental actions under its mandate allow for both abusing and internationally legitimating it (think Shanghai Cooperation Organisation, the “Shanghai Six”). Even if governments, especially the illiberal ones, will not subject those bodies to democratic human-rights-oriented review, wider public debate by the scholars and practitioners will shed light on the practices previously uncovered. It may make at least some of those organizations sensitive to the problem. After all, FATF was not created to be used by one political party in its struggle for power against another. 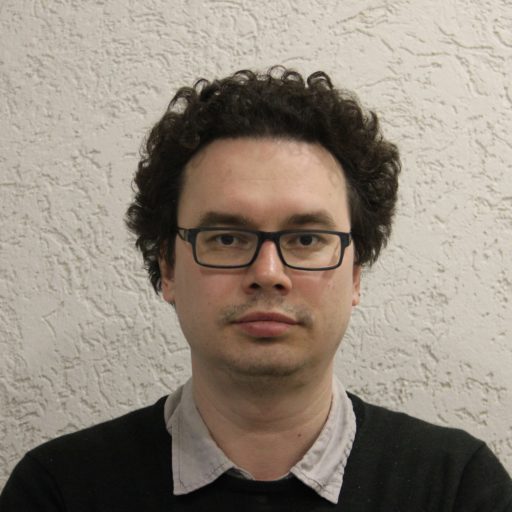 Other posts about this region:
Russland No Comments Join the discussion
Go to Top