When the Coronavirus Crisis Turns into a Crisis of Democracy

Is the government acting in good faith in its COVID-19 response, or out of political expediency?

Corona crisis has hit Israel in times of political crisis. Israel held general elections on 2 March 2020 for the third time in twelve months. Similar to the previous two rounds there was no decisive victory for any of the large parties. Prime Minister Benjamin Netanyahu’s right-wing Likud party received the highest number of votes, but even with the support of its smaller religious and nationalist allies, it is still three seats short of a majority in Parliament. Until today, both Netanyahu and Benny Gantz, leader of the centre-left and second-largest Kachol Lavan (Blue and White) party in Parliament have been unable to form a government.

Central to the lack of co-operation between the two parties is the ongoing indictment of Netanyahu, among other things on bribery and corruption charges.  In effect, the centre-left block has spent much of the last weeks proposing bills in Parliament to prevent a prime minister from serving while under indictment and prohibiting an indicted lawmaker from forming a government. Netanyahu however has repeatedly denied any wrongdoing, claiming he is the victim of a witch hunt, led by prosecutors and the media.

The first signs of COVID 19 were seen at the end of February just before the time of the elections. As the numbers of confirmed cases in Israel began increasing slightly, Netanyahu swiftly proceeded to set up  an emergency government. Already on 12 March, one week after the final election results were published, Netanyahu addressed Gantz, calling for the formation of a unified emergency government. Since then a number of measures have been taken to contain the spread of the virus.

The legal basis of these measures is the state of emergency in Israel, which has been in force and renewed regularly since 1948. Parliament’s power to declare an emergency situation, which was regulated before by legislation originating from the days of the British Mandate in Palestine, has been anchored since 1966 in Article 38 of the Basic Law: the Government.  The period of the validity of such a declaration by the Knesset shall be as prescribed by it but shall not exceed a year. The Knesset is entitled to repeat its declaration (the recent extension was on February 2020 for a period of 4 months). The reason for the permanent existence of a state of emergency is that over the years the Knesset has also enacted a number of laws and directives whose existence is conditional to the existence of a state of emergency. The lifting of the state of emergency would lead to the annulment of these directives.

It is by enacting a range of emergency regulations that Netanyahu’s caretaker government ordered swift measures to prevent the spread of coronavirus (available here in Hebrew).

Some of these restrictions are similar to those in Europe. The emergency regulation from 17 February, which imposed a self-quarantine for travelers returning from China, was expanded gradually to a general self-quarantine for all international travelers that came into effect on 9 March. The regulation from 17 February also imposed self-quarantine on persons who develop COVID-19 symptoms, in particular a temperature of 38 Celsius or more, as well as for persons who were in direct contact with a confirmed coronavirus patient. On 15 March, following an increase in the number of confirmed COVID-19 cases, all schools and other educational institutions were closed for all activities until 18 April. Emergency regulation imposed on the same day restricted dramatically the movement of citizens and trade, closing  all cultural and recreational establishments as well as universities and banning gatherings of over 10 people (with the exception of religious ceremonies, including weddings and funerals, which were restricted to 20 participants). Individuals violating the restrictions risk a fine of up to 1200€. As from 25 March at 5pm, emergency regulations impose additional movement restrictions..

Yet some of these restrictions are more overreaching. Emergency regulations adopted on 17 March, which  authorised the Israel Security Agency (ISA) to use metadata to track carriers of the coronavirus, is one of these. The regulations authorize the ISA to receive, collect and process technological date in order to support an epidemiological investigation that will contain the spread of the virus. It enables the authorities to use location data and movement routes of coronavirus carriers as well as the identity of individuals who come in contact with them. Heavily criticized by civil society and human rights organizations (see for example here), this regulation has already been subject to a petition to the Supreme Court with a focus on its constitutionality. The petitioners challenge both whether the current measures can be taken under a security-related state of emergency regulated by Article 38 of Basic Law: the Government and the compatibility of the regulation with Art 39(d) of Basic Law: the Government, which declares that “Emergency regulations may not prevent recourse to legal action, or prescribe retroactive punishment or allow infringement upon human dignity“. On 19 March 2020 the Supreme Court issued an interim decision (available here in English, unofficial translation), limiting the ISA power granted by the regulation to tracking the location of persons, who were in the vicinity of individuals with a positive laboratory result for the virus and according to guidelines, which remain confidential and were presented to the court. The proceedings in the petitions are continuing (for current status of the petition see here, in Hebrew).

All of the current emergency regulations were imposed by the government in the absence of parliamentary review. The swearing-in of the 23rd Knesset took place on 16 March, but the parliamentarian committees, which are elected at the beginning of the term of each Knesset, were not nominated until 23 March. With political controversies paralyzing the functioning of the parliament, emergency regulations were issued by the government without any review by parliament.

One of the first restrictions imposed on 14 March is unique and does not have comparable examples elsewhere.  It concerns the announcement of the Interim Justice Minister to freeze all court activities except for urgent hearings. Accordingly, on 15 March, the District Court announced that Netanyahu’s trial on fraud, breach of trust and accepting bribes, which was to begin that week, was postponed to 24 May 2020. It is important to mention that just a few days prior to this, the same Court had rejected Netanyahu’s attorneys’ request to delay the trial by 45 days.  A petition submitted to the Israeli Supreme Court by the Movement for Quality of Government questioning the constitutionality of the regulation was dismissed on 18 March on grounds that the petitioners did not exhaust other proceedings before submitting the petition (see here, in Hebrew).

In the meantime, the political crisis in Israel has been escalating.

After the swearing-in of the Knesset on 16 March 2020, Knesset Speaker, Yuli Edelstein, deliberately delayed the election of parliamentarian committees and refused to convene the parliament in order elect a new speaker, arguing that electing a new speaker would hinder the establishment of a unified government. This was overturned by a decision by the Israeli Supreme Court on 23 March  asking Edelstein to convene the Parliament and allow the election of a new Speaker (see here, in Hebrew).  Edelstein, however, refused, and in response to the Court’s decision announced his resignation on 25 March. The implication of this was that until this resignation came into effect within 48 hours, the Knesset would be unable to convene.

An urgent petition submitted to the Supreme Court on 25 March was decided on the same day. The terminology used by the Court emphasized the depth of the current political crisis. The Court stated that “never to this day has it happened that a government authority openly refused to hold a judicial order”. In an unprecedented decision the Court accepted the petition and decided that in order to ensure compliance with its decision from 23 March, the veteran Knesset members would be assigned to convene the Knesset on 26 March, and to hold an election for the Speaker (decision available here in Hebrew).

The ongoing political crisis raises the question of whether the Israeli Government acts fully in good faith when deciding on measures to fight the spread of COVID-19.  The current situation, in which the parliament is hindered from functioning and in which emergency regulations directly benefit the personal situation of the current Prime Minister, raises doubts about this. 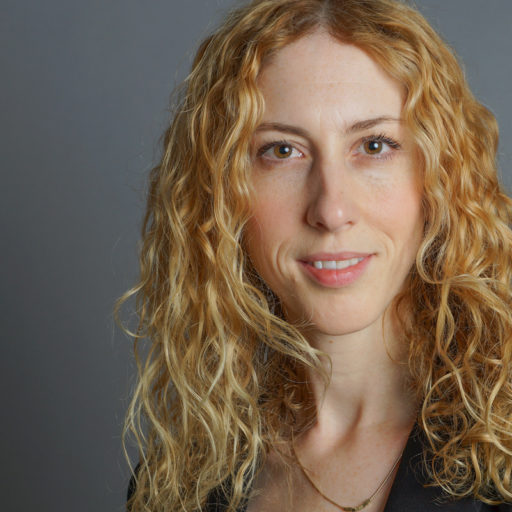 Other posts about this region:
Israel und besetzte Gebiete 1 comment Join the discussion
Go to Top