When Violations of International and EU Law Overlap

On the Lack of Jurisdiction of the ECJ in the Advocate General´s Opinion in Slovenia v. Croatia

On 11 December 2019, Advocate General Pikamäe issued his Opinion rejecting jurisdiction of the ECJ in an infringement procedure between Slovenia and Croatia (C-457/18). The case raises the question whether the ECJ may engage with asserted violations of EU law which result from Croatia’s non-recognition of the final and binding Arbitral Award determining the border dispute between both Members. The opinion of the Advocate General appears to be fuelled by political rather than legal considerations and the ECJ should not follow it in order to make clear that the EU is able to protect its autonomous legal system and that it stands on its foundational and common legal principles.

In former socialist Yugoslavia all its people had been united under the motto of “brotherhood and unity” and any attempt to exactly define the borders among the federal national units was repeatedly being regarded as undermining its very idea. The collapse of Yugoslavia consequently unveiled several unresolved national border issues, amongst others between Slovenia and Croatia. Since their independence in 1991, both states have unsuccessfully tried to resolve this arduous political burden. Upon the Croatian negotiation process to join the EU, however, the EU demanded that Croatia shall settle the border dispute as a condition for accession. Finally, both states signed an Arbitration Agreement which would ultimately determine the border by international arbitration. The EU was monitoring that process and co-signed the Arbitration Agreement as a witness. Moreover, the Accession Treaty between the EU and Croatia, which is EU law, expressly refers to the Arbitration Agreement and the anticipated Arbitral Award with regard to (secondary) EU law (namely the territorial waters and the common fisheries policy). The Arbitral Award therefore at least indirectly entered the EU legal system.

When the Arbitral Award was issued in 2017, final and binding according to rules of public international law, Croatia refused to accept it. This was due not least to the fact that an arbiter appointed by Slovenia had been recorded talking to a Slovenian government agent about the arbitral proceedings, which is a procedural violation and which put the fairness of the proceedings into question. Both Slovenian and Croatian arbiters resigned and Croatia one-sidedly decided that the arbitral proceedings were irrevocably finished. Legally, however, it is not possible to terminate or withdraw from ongoing arbitration proceedings. In line with the applicable procedural rules, new arbiters were appointed and held in an intermediary decision (Partial Award) that the cited procedural violation cannot be the reason for Croatia to permanently dismiss the arbitral proceedings. They stated that the new composition of the arbitral tribunal was competent to issue an impartial award determining the border between Slovenia and Croatia. Consequently, they delivered the final and binding Arbitral Award determining the border dispute. Yet, Croatia to this day refuses to accept and to implement the Award.

Slovenia started an infringement procedure pursuant to Article 259 TFEU against Croatia claiming that EU law is being violated due to Croatia’s refusal to comply with and implement the final and binding Arbitral Award. Slovenia argued that it cannot carry out regulations relating to common fisheries policy, maritime special planning and border control according to the Schengen regulations. Moreover, Slovenia also asserted that Croatia violates the rule of law principle while not respecting the res iudicata decision and the principle of sincere cooperation pursuant to Croatia’s prior commitment to finally resolve and settle the border dispute by international arbitration as agreed upon and articulated in the Arbitration Agreement and in the Accession Treaty (pacta sunt servanda).

Pursuant to Article 259 TFEU, the ECJ has jurisdiction when a Member State considers that another Member State has failed to fulfil an obligation under the Treaties. Yet, the violation of EU law here is intrinsically connected with the compliance of the Member State with public international law, specifically with the res iudicata Arbitral Award.

This framing is misleading for two reasons. First, jurisdiction of the ECJ in this case is not connected to the question of whether the EU has competences in public international law concerning a border dispute and the Arbitral Award but whether EU primary and secondary law are being violated. In particular, the EU law obligations in question are to respect res iudicata, the rule of law principle, the principle of sincere cooperation and regulations relating to common fisheries policy, maritime special planning and border control due to the Schengen regulations. Second, those ancillary violations could only be excluded from the jurisdiction of the ECJ (as the Advocate General argues while referring to the Case C-132/09 European Commission v Kingdom of Belgium), if there is a pending dispute in public international law which would still need a judicial interpretation by the competent authority. But a final and binding res iudicata Arbitral Award is not an open dispute in public international law but a legal fact which Member States and the EU have to respect.

Relationship Between the Arbitral Award and the EU

Notwithstanding and in addition to the section above, the Arbitral Award cannot be seen as disconnected from EU law. First, the EU substantially negotiated and even co-drafted the Arbitration Agreement (the Commission and the Swedish Presidency of the Council of the EU played a very active role). Moreover, the EU also co-signed the Arbitration Agreement as a witness. Although not being one of the parties, that puts the EU in a special sui generis position as being formally involved in the proceedings. In addition, the Arbitration Agreement even invites the European Commission to provide secretarial support to the Arbitral Tribunal. Finally, the determination of borders by international arbitration has found its way into the EU system, namely into the Accession Treaty between Croatia and the EU by articulating the legal and factual consequences in relation to the anticipated final and binding Arbitral Award.

The subject matter is therefore uniquely related with the EU. The Arbitral Award does not directly bind the EU, but it is also not outside of the scope of the EU treaties. The argumentation of the Advocate General regarding the exclusive territorial sovereignty of national states to determine their borders which is a priori fully disconnected with the EU is therefore in this particular case unpersuasive.

Perhaps the most unconvincing argument of Advocate General Pikamäe relates to his interpretation of the Arbitral Award, claiming that it is not final and binding under public international law since one party denies its effect and refuses to implement it. However, the rejection of the validity of the Award is solely political since Croatia has not initiated any legal proceedings e.g. before the ICJ trying to annul the Award, which might be a potential legal way to challenge the proceedings.

Curiously, the Advocate General builds his line of reasoning on the feature of public international law not having a binding mechanism to execute international arbitral awards independent from sovereign states. Consequently, it is not unknown in public international law that one party disregards an international arbitral award and refuses to implement it, claims the Advocate General, while (oddly) referring to the practices of the People’s Republic of China. He concludes that the res iudicata Arbitral Award cannot be final and binding if one party (in the case at hand solely politically) disputes it.

In order to justify this conclusion, Pikamäe introduces his own distinction between determining and establishing the Arbitral Award. Only if the Arbitral Award was to be implemented it would in his opinion become established and therefore final and binding. Only then, the ECJ could potentially take it into consideration. Pikamäe therefore clearly interprets public international law in his capacity as the EU Advocate General, thus doing precisely what he argues the ECJ should not do. Moreover, even if he had the competence to interpret the Arbitral Award in that sense, his argumentation proves to be circular. The Arbitral Award would firstly have to be implemented, he claims, and only then could the EU take it into account. But the violation of EU law obviously only arises because the Arbitral Award is not implemented – otherwise there would be no EU law violation. So it seems that the artificial distinction between determination and establishment only serves to disregard the final and binding (judicial) decision because one party politically objects to it. Or in other words, according to Pikamäe, the Arbitral Award could only be valid and binding, if both parties were to voluntarily respect it. That is a deeply problematic understanding of public international law.

Finally, there is the rule of law principle and the principle of sincere cooperation. Slovenia claims that disregarding the commitments to finally settle the dispute by arbitration, which were given while Croatia had negotiated its accession to the EU, violates these principles. Slovenia lifted its reservations to Croatia´s accession to the EU precisely because it legally relied on the border dispute being finally resolved. The Advocate General rejected this claim stating that these guarantees arguably cannot be seen as legal obligations connected to EU law pursuant to the Accession Treaty but purely as political conditions.

Moreover, pursuant to Article 259 TFEU a Member State cannot initiate an infringement procedure before first bringing the matter before the European Commission which shall deliver a reasoned opinion after both states submit their observations. Only if the Commission does not deliver an opinion within three months can the matter be brought before the ECJ. In the case at hand, the Commission received a legal opinion (disclosed in the Spiegel) by its legal department affirming the asserted violations of EU law. Yet, the Commission officially remained silent and the Advocate General suggested to exclude the legal opinion from the file.

Hence, the political arguably plays a considerable role in the dispute at hand. Especially for small Member States that do not have strong political influence in the Union this cannot be good news. The rule of law should be the essence of the EU project and the EU institutions should demonstrate non-biased commitment to protect it equally among all Member States. How else could one revert the rule of law backsliding in other Member States – often claiming that the rule of law argument only serves as a political tool to put in line their political decisions – if it is not taken seriously every time?

The ECJ should acknowledge the EU’s major role in negotiating, drafting and co-signing the Arbitral Agreement. Moreover, it should regard the inclusion of the anticipated Arbitral Award in the Accession Treaty and therefore in the EU treaties as a legal, not political matter. Lastly, it should see the Arbitral Award as a final and binding res iudicata decision which does not need to be interpreted as a pending matter of public international law but simply observed as a legal fact. Consequently, the ECJ should accept its legal responsibility and exercise its jurisdiction, regardless of the political sensibility of the subject matter.

DOWNLOAD PDF
LICENSED UNDER CC BY NC ND
SUGGESTED CITATION  Gašperin, Jakob: When Violations of International and EU Law Overlap: On the Lack of Jurisdiction of the ECJ in the Advocate General´s Opinion in Slovenia v. Croatia, VerfBlog, 2020/1/06, https://verfassungsblog.de/when-violations-of-international-and-eu-law-overlap/, DOI: 10.17176/20200106-174123-0. 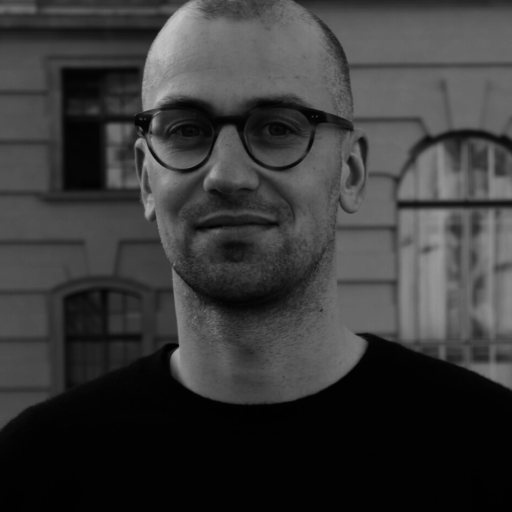 Jakob Gašperin Jakob Gašperin is a doctoral candidate and a research fellow at the DFG Graduate Program “Dynamic Integration” at Humboldt Universität, Berlin.