Who monitors compliance with fundamental values in EU Member States?

The insistence with which this proposal is formulated is intriguing because a similar procedure already existed in the Council of Europe for almost 30 years, under the responsibility of the Parliamentary Assembly. What is the rationale behind the EU’s proposal to create what would appear to be a duplicate of an existing Council of Europe mechanism? What are the political interests and practical considerations that underly what at first glance looks like a competition between the two European organizations?

In reality, the European Parliament was certainly seeking to close a loophole because, for some 15 years, the EU Member States had not been subjected to the Assembly’s most rigorous form of scrutiny, which is the full monitoring procedure. The Parliamentary Assembly’s failure to place Hungary under a monitoring procedure in 2013 had a devastating effect, which no doubt played a role in the creation of the European Commission’s monitoring mechanism in 2014.

But things might be changing. In 2020, for the first time in its history, the Assembly has succeeded in opening a monitoring procedure aiming for an EU Member State, Poland. In 2021, it has placed several other EU Member States under monitoring, thanks to a lighter monitoring procedure created in 2006 and reformed in 2019. If these latest positive developments in the Parliamentary Assembly of the Council of Europe are confirmed, the creation of a more extensive monitoring mechanism within the EU may lose its relevance.

The theory: a parliamentary monitoring applicable to all Council of Europe Member States

The Council of Europe started to incorporate the Central and Eastern European States in the 1990s. Since most candidatesat that time were not democracies yet, they were required to make commitments and implement reforms aiming at the respect of the rule of law and human rights. From 1993 onwards, the Parliamentary Assembly created a monitoring procedure to make sure that these commitments would be honoured (see here, here and here). This procedure is very similar to the Annual Monitoring Cycle suggested by the European Parliament. It involves regular visits in the concerned country by a pair of rapporteurs, who conduct an ongoing dialogue with different stakeholders and make recommendations. “Monitoring is understood as a process of seeking solutions to specific problems rather than a process of confrontation”. As a consequence, “[a] non-confrontational, long-term approach has prevailed over a sanction-orientated approach”. If a State persistently disregards its commitments and obligations, the Parliamentary Assembly may nevertheless refuse the ratification of its parliamentary delegation’s credentials at the opening of the ordinary session or reconsider previously ratified credentials during a session. To avoid interrupting the parliamentarian dialogue, it may also ratify the credentials while suspending some of the rights of the members of the concerned delegation. The Assembly has, however, made a very parsimonious use of these regulatory provisions.1)Since the 1990s, the only State which encountered sanctions on substantive grounds is the Russian Federation, between 2000 and 2001 because of the conflict in Chechnya and again between 2014 and 2019 in relation to the Russia’s annexation of Crimea (see here, par. 8). In both cases, the Assembly chose to maintain the dialogue and resolved to suspend only some of the rights of the Russian delegation’s members (see here and here).

All States that have joined the Council of Europe since 1993 have gone through this full parliamentarian monitoring procedure. In 1995, the procedure’s range of application was extended to all Member States, regardless of the date of their accession to the organization (see here and here). Today, all States, including EU Member States, can be subjected to full monitoring by the Parliamentary Assembly when a situation raises serious concern with regards to democracy, the rule of law and human rights. That is the theory, at least.

The practice: no monitoring of the European Union Member States

In practice, however, it seemed to be nearly impossible to open a monitoring procedure for the “older” Member States that joined the Council of Europe before 1993. Until recently, the sole exception was Turkey, which experienced the monitoring procedure from 1996 till 2004, and then again since 2017.

This situation is logical. The ending of the monitoring procedure was considered proof of compliance with the Copenhagen criteria, which are the conditions to be fulfilled in order to become a member of the EU. Some of these States have had to abide by the post-monitoring dialogue, a lighter-weight version of the monitoring procedure, implemented once essential commitments for membership had been met. However, this dialogue also ended either just before or just after a State had joined the EU.4)The post-monitoring dialogue has been ended for Estonia in 2001, Lithuania and Romania in 2002, Croatia in 2003, Czech Republic in 2004, Slovakia and Latvia in 2005. Bulgaria, which has been involved in a post-monitoring dialogue since 2003, represents a lonely exception.The reason for this is not that the Assembly has somehow overlooked the fading of the rule of law in several EU Member States. It has drawn attention to these worrying developments (for some examples, see here and here). Nonetheless, these States have not seen themselves subjected to full monitoring, which would have exerted a stronger pressure on national authorities. Yet, this has not been for lack of trying. In 2000, the Assembly’s Monitoring Committee recommended starting a monitoring procedure targeting Austria, following the appointment of members of the far-right liberal party (the FPÖ) to the government. The Bureau of the Assembly refused. In 2011, some members of the Parliamentary Assembly have asked for a monitoring procedure to be voted regarding the situation in Hungary. After investigation, the Assembly’s Monitoring Committee indeed recommended that such a procedure be initiated (see here, paragraphs 180 and 191). However, the Bureau again opposed the recommendation, and in 2013 the plenary Assembly ultimately refused to support it (see here, paragraph 14).  In June 2019, in spite of the Venice Commission’s and GRECO’s negative reports on the respect for the Rule of law, the plenary Assembly refused to open a monitoring procedure concerning Malta (compare the Committee on Legal Affairs and Human Rights’ proposal and the Assembly’s Resolution).

These experiences have fueled an understandable feeling that the Parliamentary Assembly’s monitoring process is discriminatory against younger Member States and politicized. According to the Monitoring Committee, “the reduction of the mandate to post-accession monitoring has distorted the original concept of the monitoring procedure as primarily an instrument for assistance. It is now perceived, by monitored and non-monitored countries alike, almost as a sanction. […] As to the non-monitored countries, the negative perception of the monitoring is reinforcing their reluctance to the opening or re-opening of any new monitoring procedures”. As a result, the mere opening of a full procedure is perceived as a decision which is politically “as important for the country concerned as the opinion on accession” as a member of the organization (see here, par. 15). To make things even worse, many believed that, regardless of the gravity of their infringement, the procedure will never be applied to States that are protected by their EU membership. In short, the procedure has fallen into disgrace. The gap has been filled, somehow, by the European Union.

Some recent events may yet allow hope for a different direction.

At the beginning of 2020, although only few believed it possible, the Assembly opened a monitoring procedure related to Poland. Members of the Parliamentary Assembly were concerned by the reforms of the Polish Constitutional Court, its media and police forces. In February 2016, they asked for an emergency monitoring procedure to analyze the functioning of democratic institutions within the Polish State (see here). Despite the situation being an emergency, it took the Committee four years to release its report in January 2020. The plenary session debate which followed was scene to the historical decision to impose a monitoring procedure on a EU Member State (see here, amendment 39, and here). Better late than never.

It is too early to tell whether that was a simple – favorable but exceptional – alignment of the stars. But one might be tempted to think that the monitoring performed by the Parliamentary Assembly is taking a new direction.

Since the Assembly has unfortunately been unable to monitor all States simultaneously, both for political and financial reasons, it created an alternative procedure in 2006, the periodic review. This procedure, applicable to all Member States of the Council of Europe, has sadly turned out to be completely unobtrusive. It was reformed in depth in 2019, which has made it more similar to the original monitoring procedure created in 1993. Before 2019, the choice of States to be monitored was automatic, following an alphabetic order rotation. Since the reform, the periodic review can be activated when concerns are raised by the evolution of the situation in any Member State. Using this new procedural framework, in 2020 the Monitoring Committee has opportunely chosen to examine the situations in Hungary, Malta and Romania. In 2021, it added France, Netherlands and Saint-Marin to the list. Thus, the Monitoring Committee is currently elaborating its periodic review reports for six Member States, five of which are EU members.

Whilst this remarkable new development merits being highlighted, it offers no guarantee that the monitoring process will be successful in bringing about significant changes in the conduct of the States concerned and halting the erosion of European values. This is all the more true since in its unequal struggle with the Russian Federation, the Parliamentary Assembly was in 2019 deprived of a substantial part of its sanctioning powers (see here for the official document and here for a comment). A new “joint reaction procedure” along with the Committee of Ministers was introduced instead (see here). This new procedure has hardly generated any enthusiasm since the Committee of Ministers has previously proved recalcitrant to use its sanctioning powers.

But if the new approach of the Parliamentary Assembly’s turns out to be an effective instrument subjecting also EU Member States to the monitoring, the EU wouldn’t need to extend (at least not immediately) the scope of the European Commission’s monitoring beyond the rule of law. Complementarity between the two organizations would be more desirable than further overlap and duplication in their activities. Complementarity here implies that the EU should try to compensate for the weaknesses of the Council of Europe, the most glaring of which is the reluctance to sanction its deviant Member States. For the moment, the European Union seems to be in a rather similar predicament. But it has at its disposal the possibility of adopting financial sanctions, as recently shown by the CJEU.

DOWNLOAD PDF
LICENSED UNDER CC BY SA
SUGGESTED CITATION  Ailincai, Mihaela Anca: Who monitors compliance with fundamental values in EU Member States?: The Parliamentary Assembly of the Council of Europe might be back in the game, VerfBlog, 2021/11/04, https://verfassungsblog.de/who-monitors-compliance-with-fundamental-values-in-eu-member-states/, DOI: 10.17176/20211104-131408-0. 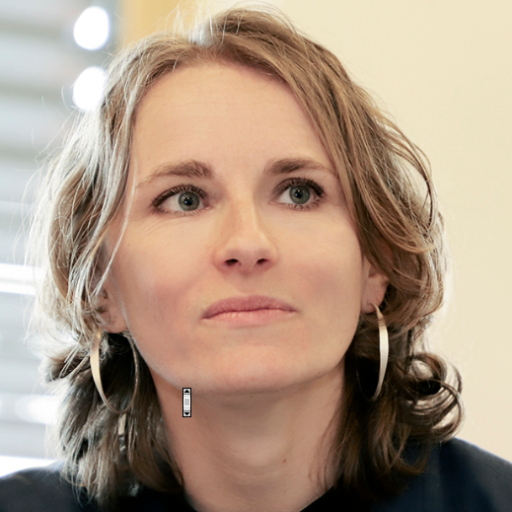