In the 2014 Scottish independence referendum the proposition that Scotland should be an independent country was defeated by 55.3 per cent to 44.7 per cent, a wider margin of victory for the No side than had seemed likely in the closing stages of the campaign, but not so wide as to suggest that the question of Scotland’s future within the United Kingdom had been settled once and for all. So it has proved, with the 2016 EU referendum in which 62 per cent of those voting in Scotland voted to remain providing the catalyst for demands for a second independence referendum. In March 2017 the Scottish First Minister requested an order under section 30 of the Scotland Act 1998, authorising the Scottish Parliament to hold a second referendum on independence, a request which was rejected by the UK Prime Minister as premature – ‘now is not the time’ – and which may well have contributed to the SNP’s loss of 21 of its 56 seats at the UK general election in June of that year. With most of those losses having been reversed at this month’s UK general election, in which the SNP gained 13 seats, and Scotland now facing the imminent prospect of being taken out of the EU ‘against its will’, the First Minister has renewed her request for a section 30 order, or an Act of the UK Parliament, allowing for an independence referendum that is beyond legal challenge, a request which is almost certain to be rejected by a Conservative government with an 80 seat majority in the new Westminster Parliament but only 6 out of 59 seats in Scotland.

The section 30 order which the First Minister is now seeking is the route that was chosen to put ‘beyond doubt’ the Scottish Parliament’s power to legislate for the first Scottish independence referendum in the Edinburgh Agreement of 2012 (Agreement between the United Kingdom Government and the Scottish Government on a referendum on independence for Scotland (October 2012)). Before then there had been much discussion, none of it conclusive, about whether the Scottish Parliament had the power to legislate for a referendum, given that the Union between the Kingdoms of Scotland and England is a ‘reserved matter’, i.e. a matter for the Westminster Parliament, under the Scotland Act 1998 (Scotland Act 1998 Sch 5, Pt 1 para 5(b)).

Given that a new section 30 order will almost certainly be refused, is there an alternative route to a second independence referendum? The First Minister has consistently opposed a Catalonia-style unofficial referendum. To be accepted as legitimate, the Scottish government argues, a second independence referendum must have a ‘proper lawful basis’, which means essentially a basis agreed between the UK and Scottish governments; only in this way will the decision of the people of Scotland to become independent be ‘recognised and respected in these islands, in Europe and internationally. Scotland will have become an independent state, constitutionally and lawfully’ (Scottish Government, Scotland’s Right to Choose: Putting Scotland’s Future in Scotland’s Hands (December 2019) p 20).

Some in the First Minister’s own party have argued that the Scottish Parliament should go ahead and legislate without the agreement of Westminster, claiming that Scotland does not need a section 30 order for a referendum. Such arguments, however, appear to rest on little more than the assertion that because the matter has not been decided one way or another by a court it must be open, which while undeniably correct is hardly a sufficient basis upon which to seek legislate for a parliament of undeniably broad but at the same time limited legislative competence. Much as some of its members might wish it otherwise, the Scottish Parliament is a parliament of limited legislative competence, and it is not unlikely that not having the power to legislate for an independence referendum is among those limits.

Whether this will prove sufficient to persuade a newly elected UK government with its own mandate to enter into the discussions the Scottish government seeks over the transfer of powers is doubtful.  The early indications suggest not. Attention is likely to turn therefore to the next Scottish Parliament elections in May 2021, at which the SNP and its allies, which may by then include Scottish Labour as well as the Greens, will seek to reinforce its mandate, increasing still further the pressure on the UK government to grant the Scottish Parliament the power to legislate for a second independence referendum. 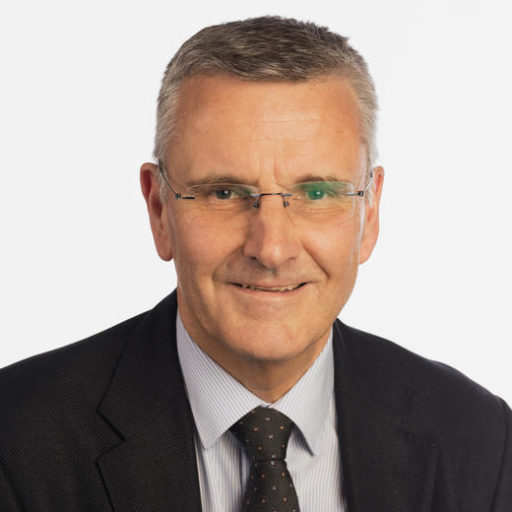 Alan Page Alan Page is a Professor of Public Law at the University of Dundee.

Other posts about this region:
Vereinigtes Königreich 2 comments Join the discussion
pixel_not_set
Go to Top