Why Transparency Alone Will Not Suffice To Fight Tax Evasion

I am skeptical about the effectiveness of a shift towards more transparency. I do not believe that this could help overcoming the growing gap between legality and legitimacy in international tax law. Especially, I do not see how the gap can be reduced by making taxpayer information public. Or better, I do not believe this is the right path that States should pursue.

My position derives from the fact that, within the tax context, the right to privacy does not have the same scope of protection as in other fields of law. Indeed, the definition of privacy in tax law is not as broad as in tort law or in constitutional law. Taxpayers cannot claim the right to be let alone or be free from unwarranted governmental intrusion. The reason, shareable or not, is that there is also, at stake, the important economic interest of governments, their ‘lifeblood’ as it has been called by Mr. Justice Roberts, in Bull v. U.S. Therefore, a balance is required between societal and individual interest.

This tax exceptionalism can also be seen in Yeong Yae Yun v. U.S., a case involving international exchange of tax information, where the United States District Court, C.D. California ruled that: ‘petitioners have no legitimate expectation of privacy in their bank account’. Such view has also been shared by the ECtHR. Article 8 of ECHR (right to respect for private and family life) has been recently raised in G.S.B. v. Switzerland which concerned the transmission to the US tax authorities of the applicant’s bank account details in connection with the mutual assistance agreement signed between Switzerland and the United States after the UBS scandal. The ECtHR held that there has been no violation of Article 8, since ‘only his bank account details, that is to say purely financial information, had been disclosed. No private details or data closely linked to his identity, which would have deserved enhanced protection, had been transmitted’.

Moreover, Panama Papers demonstrate that the current regime is vulnerable since it requires the cooperation of too many countries in order to be effective. Every tax haven has to sign on because otherwise, money can be transferred to the non-cooperating havens. For instance, as at April 14, 2016 Panama had not yet confirmed its commitment to implement automatic exchange of information under the new standard. This aspect was also highlighted by OECD Secretary-General Angel Gurría, soon after the giant leak of more than 11.5 million of financial and legal records, when he stated that ‘our standards on tax transparency are robust; they need to be effectively implemented worldwide, by everyone, with no exceptions, so there’s nowhere left to hide’.

What should be done? In an attempt to respond to public concern over this last massive leak, the leaders of France, Germany, Italy, Spain and the United Kingdom have agreed to automatically exchange the information on the ultimate ‘beneficial owners’ of companies and trusts. Even though the implementation of beneficial ownership rules is necessary to fight tax evasion, I do not believe is sufficient. If no concrete and radical actions are taken, in a few years, we will be in the same spot. Taxpayers will find a way to avoid being reported under the new system or, simply, they will move their capital to the non-compliant jurisdiction. Only time stands between us and the next scandal.

On the individual level, this system did function reasonably well until 1984 when the US unilaterally abolished withholding on portfolio interest. However, the exemption from withholding tax of interest on portfolio investments, together with the uncooperative behaviour of some jurisdictions that prevented an effective exchange of information, has led to a world where, according to Zucman’s data, $7.6 trillion equivalent to 8% of the global financial assets of households is held in accounts located in tax havens[1]. Out of this total, Zucman estimates that $6.1 trillion (80%) of offshore funds is undeclared to tax authorities. This amounts to a global reduction in tax revenues of about $200 billion annually[2].

On the other hand, Zucman’s calculations also show us that $87.9 trillion or 92% of the world financial wealth is held onshore, namely in the United States, the European, and Japan. The rationale behind is intuitive: most individuals are reluctant to take risks so they do not invest directly in emerging markets because of the economic and political instability. Therefore, if the United States, the European Union, and Japan can coordinate to reinstate a withholding tax on passive income flowing from them to tax heavens, most of the current problems could be solved. Taxpayers will have two options at their disposal: (i) being subject to a 30 percent withholding tax on their gross interest, dividends, or capital gains; or (ii) declaring the income to their residence countries and paying a net tax at that country’s rates.

What prevents this easy solution from being achieved is the hypocrisy of States in fighting against tax evasion. While the United States are pretty good at getting from other countries information about US people who hide funds in these countries, I am not sure whether the United States are nearly as good in giving other countries this information about their residents. At State level, Delaware, Nevada and Wyoming, in particular, even though information is visible for the IRS, in theory, it is not to the competent authorities of other countries. In addition, a close study of FATCA IGAs shows that reciprocity is a one-way street. For these reasons, the United States were ranked third by the TJN in the 2015 Financial Secrecy Index, after Switzerland and Hong-Kong.

94 years ago, a committee of seven technical officials was formed by the League of Nations to study the questions of double taxation and tax evasion. I believe time is mature enough for a new committee which should come up with radical solutions about tax evasion, as the one I suggested, before is too late. 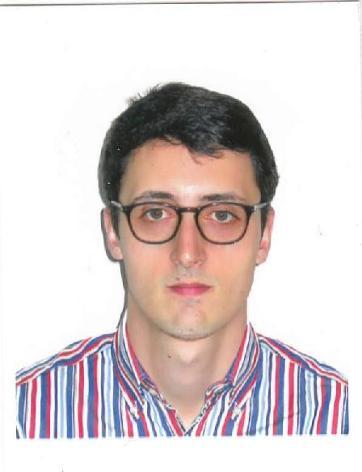