The German government is floating the idea of restructuring EU funds to benefit member states that take in migrants and refugees. What seems like a selfish move by the country that hosts the largest number of refugees in Europe may be a step towards resolving the lingering EU political crises.

After the financial and the ‘refugee crises’, it is now the looming Brexit that forces the EU to rethink some of its fundamental structures. As a financial net-contributor is leaving the EU, negotiations about the EU budget’s future have just begun and it is already clear that they will be fierce. It is not only a question where funding will come from and where it should go, but what criteria for allocation should be set. Last week, Germany and Italy suggested that EU spending should focus on public goods, which are considered benefiting all without detriment to others, including EU border management. In addition, the Financial Times reports, German diplomats distributed a paper proposing restructuring regional funds such as the European Regional Development Fund (ERDF) to support member states that host migrants and refugees in order to pay for new housing, language courses and skills training. The proposal comes in the wake of controversial discussions about linking the budget to adherence to the rule of law and making those member states pay who do not follow the EU’s basic political and legal principles.

Those plans have drawn some criticism already. Konrad Szymanski, Poland’s EU affairs minister, wondered how rule of law violations would be measured and by whom. Germany’s focus on migrants and refugees would get around this difficulty and make it rather easily quantifiable. On the Hungarian financial news site Portfolio, an analyst questions the link between the EU’s structural funds and refugee policies and argues that regulations on how to deal with rule of law violations already exist. Politically, these issues seem to be the greatest challenges to Germany’s reform proposal. The ERDF redistributes money from wealthy to underdeveloped regions in Europe. Why should the richest country in Europe benefit from this fund for receiving migrants and refugees? Yet, while this would mean less money or higher payments for those countries who refuse to host migrants and refugees it would not be a punishment but a decision about political funding criteria – such as strengthening solidarity and basic rights as foundations of the EU.

As surprising as the idea of allocating funding to the reception of migrants may be in financial debates, it has long been present in refugee policy as well as Refugee and Forced Migration Studies circles. Currently, the Dublin Regulation sets out the allocation of responsibilities for asylum seekers and refugees. It has long been criticised for being unfair and inefficient. Among various alternative distribution schemes that shifted responsibility according to criteria such as a country’s GDP and population size, there have also been many recommendations of solidarity mechanisms based on financial payments for hosting asylum seekers and refugees. This would significantly reduce the administrative challenges of the Dublin system but is critiqued for potentially commodifying refugees if they appeared tradable. The EU Commission had suggested reforms to the Dublin mechanism in 2016 that also included a regulation of payments of EUR 250.000 per applicant from member states who refuse to accept asylum seekers to those who assume responsibility – a regulation that was recently scrapped by the LIBE committee (amendment 30).

In the light of these discussions, Germany’s proposal might seem cynical. It supported Dublin Regulations as long as they served to its advantage. Now it suggests a regulation recently rejected by the EU Parliament, from which it would profit again, literally. But even if it was for the wrong reasons, it might be the right answer to some fundamental challenges of the EU. What seems important here is the funding mechanism that is being suggested. Currently, the Asylum, Migration and Integration Fund (AMIF) is the main mechanism to support the reception and integration of migrants and refugees. To consider funding for migrants and refugees through ERDF, while the overall EU budget system is being discussed, is an interesting issue linkage where two policy fields (or regimes) overlap.

Linking the two policy fields would mean not to think about refugee policies simply along protection norms. This is not unusual as refugee policies generally intersect and are often constrained by migration, border and security policies. Considering finance policies and reforms might actually help to rethink the red tape and bureaucracy of the redistribution of asylum seekers in the current Dublin regulations, towards a financially based system. In turn, bringing questions of refugee protection and responsibility for migrants into the area of finances and budgets might shift the latter’s norms. Regional funds, among the biggest financial commitments by the EU, are focused on economic imbalances by funding economic, technology, and employment development. Now, emphasising criteria such as the rule of law, basic rights and solidarity would shift fundamental EU values to the financial core of the EU.

Brexit allows for a reconsideration of how the EU budget, largely an economic re-distribution mechanism, may serve the EU’s fundamental ideals and political values. The lack of these values such as solidarity and basic and human rights arguably contributed to the financial and refugee crises and their perseverance – which were both really political crises. Rather than discussing the financial Union and a values Union separately, bringing the dual reforms of the Common European Asylum System and of the EU budget system together might allow for a stronger political Union altogether.

This article will also appear on the FlüchtlingsforschungsBlog. 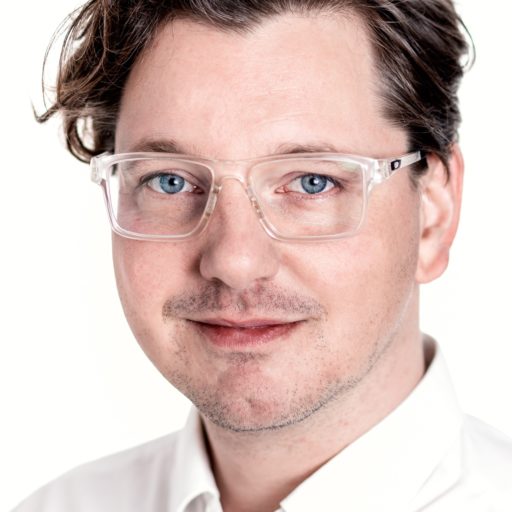