Had the German Wissenschaftsrat hired an advertising agency to extol the virtues and challenges of German legal education at the dawn of the 21st century, the publicist could hardly have done a more positive job than the Wissenschaftsrat itself. Its report signals that all is remarkably well with the state of legal education and research in Germany: there are more chairs than ever, and those chairs attract more research funding than ever before. German legal scholarship is internationalizing, and coming to terms with the increasing juridification of society and deformalization of law. All is great.

Of course, all could be greater still. There are still challenges ahead. Legal education could be more international still; it could be more interdisciplinary still; it could pay still greater attention to the foundational disciplines (legal history, legal philosophy, legal sociology et cetera). But by and large, things are fine, and the recommendations of the Wissenschaftsrat are all very sensible. Indeed, I share them, and have written so already a decade or so ago. Its diagnosis too seems, by and large, accurate – at least it is supported by the numbers, copiously supplied in many charts and tables.

To me, the most gratifying aspect of the report is to see an academic policy body devote quite a bit of attention to legal education, for over the last number of years, teaching has been treated with some disdain. At least in Finland, in my own workplace, such disdain is visible in several ways. A first is that to the extent that teaching is discussed, it is in simplistic and cosmetic terms: the teacher using Powerpoint slides is almost by definition better than the one who does not, and the teacher who makes readings available is better than the teacher who sends his or her students to the library to find those same materials. And while receiving teaching awards is considered a bonus, it does not begin to compare to receiving awards for scholarship.

But more importantly perhaps, driven no doubt by the ubiquitous university rankings, much of the attention and funding has shifted away from teaching and into research, as the place of universities and national educational systems in the universe is determined overwhelmingly by the quality and (or?) quantity of its research output. To some extent this is suggested at, again, the level of cosmetics, or symbolism if you will: my own employer prides itself on being a member of the League of European Research Universities (LERU), a fairly select club of 21 ‘leading research-intensive universities’, as its website puts it, and that same website uses the word ‘teaching’ with impressive stinginess. There is nothing wrong with this, but just try to imagine a League of European Teaching Universities: many would immediately associate such a league with vocational training, and refuse to take it seriously, let alone regard membership as a source of pride.

The more structural change though has occurred in a shift from regular university funding to external research funding: the latter seems to have increased considerably over the last decade or so in Finland, while regular university funding has decreased. Retiring teaching staff is often not replaced, or if replaced, is replaced at a lower level (lecturer instead of full professor), yet the impression on the ground is that external research funding has never been in greater abundance than at the moment. It is easier to book (and finance) a conference spot or a visiting stint on the other side of the globe than it is to get a classroom.

There are, obviously, opportunity costs involved in the shift to research funding. Teaching will have to be done with skeleton staff, and this skeleton staff includes (with some exceptions) those who attract the external funding. Those therewith have to combine their duties towards the funding agency with those towards their regular employer, and that is not an easy task. Others are hired on the basis of the external funding, but since the external funding is typically granted for limited periods of time, so too are these researchers only hired for limited periods of time. If they’re lucky, they can move from project to project without any gaps; if they are not so lucky (and that is the more typical scenario giving the increasing specialization), they end up with considerable gaps in their academic careers, or leave academia altogether.

And that, in turn, will come to hurt university education in the longer run: today’s post-doctoral researcher should be groomed to become tomorrow’s professor, but will have left the university before it comes to that, or will lack the teaching experience to be a good teacher: after all, if one’s career depends on one’s research record, there is little incentive to develop teaching skills, except perhaps the ones that can be acquired with minor investments of time and energy: how to make Powerpoints; how to make reading materials available, et cetera… And that, ironically perhaps, will in the long run also mean that research will be undermined: researchers, after all, are former students – someone’s former students, at any rate.

Teaching will also, inevitably, become eroded in terms of quality. The best teaching is informed by research – one’s own research. Yet, with teaching staff being reduced (and an equal, or even increasing number of students), there is less time to explore things; it is difficult enough to just keep up with other people’s research. Hence, teaching slides into regurgitations of what others have reported, without offering anything unexpected, novel, or even interesting. Those regurgitations, moreover, may not be all that faithful to the original materials: it is difficult to explain a court case without having had to make sense of that same case.

There are, no doubt, internal tensions, ambivalences, and conflicting goals in the report of the Wissenschaftsrat, but it is refreshing to see that it pays some serious attention to legal education. In doing so, it may find itself in a strange position (a Wonderland?), but it sets a good example for other policy bodies to emulate. 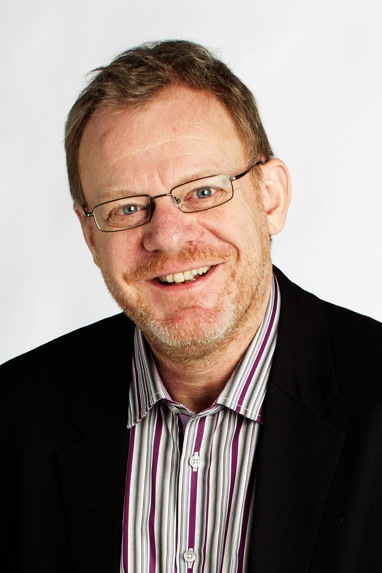 Jan Klabbers Jan Klabbers is currently Academy Professor (Martti Ahtisaari Chair) at the University of Helsinki. His International Law was published in 2013 by Cambridge University Press.
Other posts about this region:
Deutschland No Comments Join the discussion
to receive information about new articles and services of Verfassungsblog.de. I know that I may withdraw my consent at any time. More information in the privacy policy.
Verfassungsblog complies with the new GDPR.
Read about it in our Privacy Policy. I opt-out
permanently of anonymized tracking via Google Analytics on Verfasssungsblog.de. This will create a cookie on your device to save your decision.
Go to Top