The European Commission supports the Covid-19 crisis-fighting measures through generous exemptions to its EU state aid rules. Although in principle justified, this policy also gives companies in rich member states an immense advantage over their competitors in poorer member states. Until more effective burden-sharing on the EU level is forthcoming, the onus is on European Commissioner for Competition Margrethe Vestager to ensure a fair distribution of state aid between the member states.

The purpose of the EU state aid regime

Under the regular EU state aid regime, governments are generally not allowed to support domestic companies. In this way, the EU seeks to enable stronger firms to drive weaker competitors out of the market. State aid rules also stop members states from engaging in wasteful subsidy races. Beyond these efficiency-based justifications, there is also a concern that state aid will give firms an unfair competitive advantage over firms in other member states. Because wealthier member states would be better equipped to support domestic companies, this would particularly disadvantage firms in poorer member states. In this way, unfair competition would also exacerbate regional inequalities within the EU. For these reasons, from an internal market perspective, state aid has to be looked at with extreme caution.

EU legislation, especially Art. 107 (2) and (3) TFEU, nonetheless leaves room for granting state aid, for example in case of natural disasters or to contribute to economic convergence. States can be permitted to promote the economic development of areas where the standard of living is abnormally low or where there is “serious underemployment”. Even in these cases, the Commission retains exclusive competence to assess compatibility of aid with the internal market and member states must provide advance notice for each measure. Importantly, however, there are still all sorts of ways in which member states can help their firms such as through the general tax regime or social security contributions. Such measures do not count as state aid unless they are used selectively to benefit specific companies.

State aid in the context of the Covid-19 crisis

The arguments against state aid should be kept in mind now that the Commission, as it did in the aftermath of the 2008 financial crisis, loosens its state aid rules. Then, state aid, especially to banks but also to the real economy, played a significant role in the crisis-fighting measures of the 2008 financial crisis. The differences were clear: France, Germany and other northern member states bailed out their banks early on, after which more restrictive state aid rules were put in place. This put other member states at a disadvantage contributing to the protracted banking crisis in the southern member states. The measures that the Commission has announced in March of this year, however, are unprecedented in their amount, extent, duration, and sectors that receive support.

One of the Commission’s first Covid-19 crisis-fighting measures has been to create a Temporary Framework based on Article 107(3)(b) TFEU, that allows member states to implement, subject to prior notification and clearance by the Commission, a wide range of state aid measures. Member states can provide their firms with (i) direct grants, selective tax advantages and advance payments; (ii) export credit insurance; (iii) guarantees and subsidized loans; (iv) temporary deferrals of tax and/or of social security contributions or obligations; (v) wage subsidies schemes for employees to avoid lay-offs during the Covid-outbreak and (vi) specific state aid for health-care research and Covid-relevant medical products.

Complementing the Temporary Framework, during the Covid-19 crisis, member states have been able to use three more exemptions. First, they have used direct state aid exemptions under Art. 107 (2) (b) TFEU for making good “damage caused by exceptional occurrences” in particular for the health, tourism, and transport, retail and culture sectors. They have also used Article 107 (3) (c) TFEU for rescue or restructuring aid to companies in financial difficulties. Further, member states can take recourse to so-called de minimis aid, where state aid of up to € 200.000 per beneficiary over a three year period is automatically permitted and the Commission does not need to be notified. During the Covid crisis, of course, governments can also still provide support in ways that are not covered by state aid rules, such as non-selective changes to the general tax regime. All these public support measures can in principle be combined, giving the member states an unprecedented ability to support their domestic firms.

Equality between member states under lockdown

Although the member states have widely used state aid measures in the past month, some member states have done so more than others. With the Commission issuing clearance decisions on a daily basis, the total amount of aid granted during the pandemic stood at around €890 billion mid-April. From a legal perspective, all member states are equally free to use the new rules. However, like in the 2008 financial crisis and its aftermath, there are once again sizable inequalities between member states. While wealthy member states such as Germany and France are responsible for the majority of the cleared measures mid-April (around €700 billion), other member states are lagging. Spain, which has been one of the hardest struck, so far only issued a €20 billion Spanish guarantee scheme, a yet to be clearly calculated umbrella scheme and modest measures for Covid-related products. These inequalities are exacerbated by differences in the already mentioned non-state aid measures such as wage subsidies, suspension of tax payments, and additional social security contributions.

By relaxing state aid rules and clearing measures at an astonishing speed, the current Temporary Framework enables exactly those inequalities that state aid policy is meant to prevent. The Spanish economy minister Nadia Calviño has rightly complained about this. The Italian media have also picked up on it. Even Macron, despite the generous state aid available to French companies, admitted that it undermines the internal market’s level playing field. But there is no consensus on this. Austrian finance minister Gernot Bluemel wants to temporarily abandon EU state aid rules altogether. Such a position is short-sighted, however, since a fair distribution of emergency measures also benefits Austrian exports and ensures a stable future for the EU.

If individual member states emerge from the crisis weakened this will affect the EU as a whole. The current situation confronts poorer member states with an impossible choice. They can either create a safety net for their firms that matches those available to their French and German competitors. For this, however, they would need to increase their public debt levels, which are often already dangerously high. The other option is that their firms will come out of this crisis severely weakened. They may lose a sizable share of their economy, as companies default, get competed out of the market or face foreign takeovers (the EU Commission is already encouraging member states to prevent unwarranted acquisitions of strategic companies). Such an outcome is questionable from a perspective of efficiency. Instead of allowing productive firms to drive weaker competitors out of the market, viable companies may lose market share merely because they lack sufficient public support to weather the Covid-19 crisis. It is also immensely unfair that firms in richer member states are allowed to outcompete their competitors in this way. How will increased economic inequalities affect the EU after the crisis ends? Spanish citizens may not continue to favour a single market whose benefits are distributed so unfairly.

If the current situation is untenable, then who should solve it? The current review of EU state aid rules is a good occasion to reflect on more lasting measures to ensure a level playing field in the EU. Importantly, the unequal distribution of state aid during the Covid-19 crisis is not primarily the fault of the member states. It may be true that the EU should provide member states with sufficient funds to take effective national measures. This could be done through EU-level fiscal measures, which provide member states with the capacity to take state aid measures of a comparable size. The modest support available to Spanish firms reflects the fact that current EU-level fiscal measures to share the burden of the crisis are inadequate and consist almost exclusively in loans. As a consequence, member states differ in their capacity to support domestic firms, which undermines fair competition. Since state aid is one of the few fields where the Commission holds exclusive competence, it is Commissioner Vestager’s responsibility to ensure an equal distribution of state aid. Luckily, she seems to agree with this.

We have no doubt that a solution can be found. In light of the gravity of the crisis, the support already provided under the Temporary Framework should not be revoked. Instead, some kind of compensation is in order. The Commission could create a state aid solidarity fund that transfers a percentage of aid provided to competitors in other member states. The Commission could also use the occasion of the general review of the EU state aid framework to provide future compensatory exemptions for member states that make less use of the Temporary Framework. In this regard, the Commission should take inspiration from the ECB’s immense creativity in finding crisis-fighting tools within its mandate. If adequate EU-level measures do not materialize in the coming weeks, we hope that Vestager will be equally creative in finding ways to offset the generous state aid currently available to companies in rich member states. 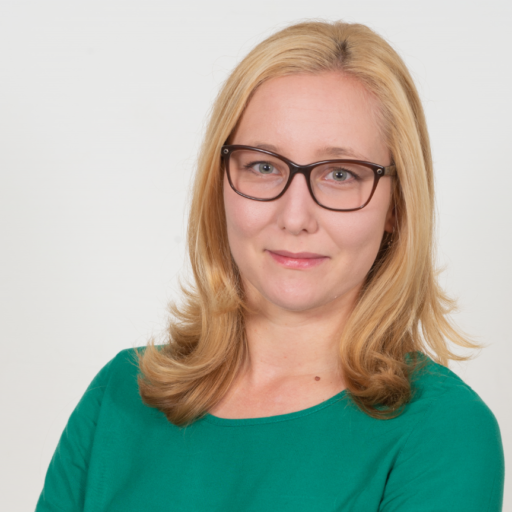 Lena Hornkohl Lena Hornkohl is a Competition Lawyer in Brussels and a PhD Candidate at the Heidelberg University Institute for German and European Corporate and Commercial Law.