Would Ukraine Breach its own Constitution if it Dropped its NATO Bid?

Among the many issues discussed in the context of the current Russian threat of aggression against Ukraine, Ukraine’s NATO aspirations and Russian opposition to it joining this organization is prominent.1) Some may think that dropping these aspirations might help avoiding a disastrous war.2) This, however, is no longer just a matter of political will but of constitutional law: Since 2019, the prospect of joining NATO is enshrined in the Ukrainian Constitution, so one could argue that withdrawing the request for membership of NATO would be unconstitutional. Indeed this blogpost argues that the Euro-Atlantic provisions in the Ukrainian Constitution are not merely symbolic, but they actually legally bind the Ukrainian government with regard to its foreign policy.

The amendment to the Constitution in order to strengthen Ukraine’s commitment to European Union membership and Euro-Atlantic integration took place during the term of former President Petro Poroshenko, who put this at the centre of his presidential campaign. The Constitutional Court of Ukraine greenlighted the amendments in its Opinion of 22 November 2018 with 6 Separate Opinions of the Judges who claimed that the Opinion of the Constitutional Court should have been more precise on its motivation rather than just formally checking compliance with procedural requirements. Amendments to the Ukrainian Constitution require at least 2/3 votes (300 deputies) of the constitutional composition of the Parliament (450 deputies). While there were of course opposing views among the deputies during the adoption of these amendments, the Ukrainian Parliament, on 7th February 2019 finally adopted the changes to the Constitution with 335 (out of 450) votes in favour.3)

The Ukrainian Parliament amended the preamble4) and several articles of the Constitution concerning the competences of some of its main governmental bodies:

Some scholars consider these amendments to be redundant and lacking any legal value claiming that existing Ukrainian legislation already aims at pursuing Euro-Atlantic integration on the basis, inter alia, of the Law ‘On National Security’. At the time, they argued that, in actual fact, such amendments merely had a political aim and were a part of an electoral strategy given the fact that they were brought into force just before the end of the term of former President Poroshenko. While this might be true, from a legal standpoint one cannot ignore the fact that “constitutionalizing” Euro-Atlantic integration could have legal consequences as well.

In its hypothetical Decision on unconstitutionality of the above-mentioned decrees or laws the Constitutional Court of Ukraine would almost certainly refer to Article 19 of the Constitution of Ukraine, which stated that ‘all state and local self-government and their officials are obliged to act only on the grounds, within the limits of authority, and in the manner envisaged by the Constitution and the laws of Ukraine.’

Ukraine started to cooperate with NATO in 1997 by entering into a Charter of a Distinctive Partnership with NATO. Later, Ukraine requested to join NATO at the Bucharest summit in 2008. Paragraph 23 of the Bucharest Summit Declaration reads as follows: ‘NATO welcomes Ukraine’s and Georgia’s Euro-Atlantic aspirations for membership in NATO. We agreed today that these countries will become members of NATO.’ That said, 12 years later, in June 2020 Ukraine was recognized only as an Enhanced Opportunities Partner by NATO, which allows for greater cooperation ‘…between Allies and partners that have made significant contributions to NATO-led operations and missions’. The same status is given to Australia, Finland, Georgia, Jordan and Sweden. Yet, it is quite obvious that while Ukraine has Russian troops in the Donbass region, its NATO membership does not appear to be a viable option. This is why the current crisis between Ukraine and Russia goes beyond NATO and has to be understood in a broader historical and geopolitical context. However, leaving aside the prospects of Ukraine joining NATO in the near future, as illustrated above there is no doubt that the reference to NATO in the Constitution has legal value and any reversal of North-Atlantic integration would imply amending the Ukrainian Constitution. Moreover, any such step would probably lead to a strong backlash from Ukrainian society and politicians, given that according to a recent survey, 54% of Ukrainians would vote for joining NATO in a referendum.

As of now, Ukraine is bound by its Constitution and stepping back from its NATO aspirations does not seem to be a real prospect. That said Ukraine may be coming close to a fork in the road where it may be forced (by Russia or even its Western allies) to choose between fully upholding the Constitution (as amended in 2019) and protecting the territorial integrity of the State. One can only hope that the diplomatic efforts of the last few days will prove to be successful thus overcoming what would be a lose-lose situation for Ukraine and its people. 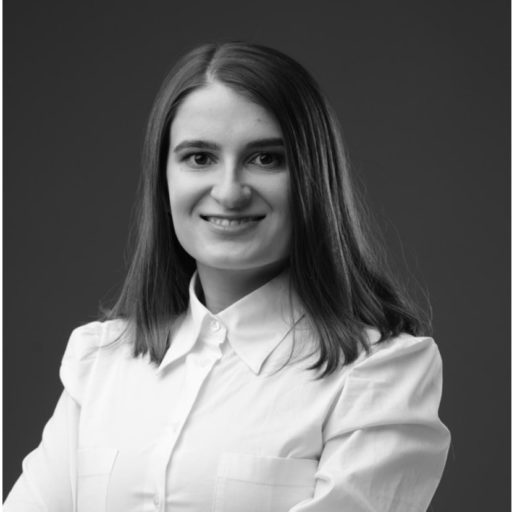 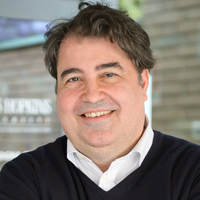 Justin Frosini Justin Frosini is an Associate Professor of Comparative Public Law at Bocconi University in Milan and an Adjunct Professor at Johns Hopkins University’s School of Advanced International Studies (SAIS) in Bologna.

Other posts about this region:
Ukraine No Comments Join the discussion
pixel_not_set
Go to Top