A Bold Defence of Parliamentarism

At midnight on 10 April 2022, Pakistan’s National Assembly voted to pass a motion of no-confidence in Prime Minister Imran Khan, ousting his populist Pakistan Tehreek-e-Insaf (PTI) party from power three and a half years after its controversial election, widely believed to have been engineered by the country’s armed forces. Amidst poor economic conditions, a broad-based opposition coalition launched a campaign to bring down the government. With the emergence of a rift between Khan and the military, the latter adopted a neutral position and parliamentary procedures were allowed to take their course. The civilian government, however, went to great lengths to stay in power, using allies in nominally impartial state offices to unconstitutionally dismiss the no-confidence motion and call snap elections. This attempt, however, failed – largely due to the country’s Supreme Court, which in a ruling on 7 April 2022 intervened decisively to protect the National Assembly from dissolution and order the vote to go ahead. Although it is still not fully certain how the country will emerge from its political crisis, this firm defence of parliamentary democracy by the judiciary is critically important and might signal a further departure from its past reluctance to effectively counter unconstitutional changes in government.

The developments directly leading to Khan’s ouster began on 8 March 2022, when opposition Members of the National Assembly (MNAs) filed a no-confidence resolution in his government, simultaneously sending a letter to Speaker Asad Qaiser to requisition the Assembly, then out of session. Qaiser was consequently under a constitutional mandate to convene the chamber within 14 days, but did not do so until three days after that deadline, buying time for Khan’s bargaining with coalition partners and dissident backbenchers. When parliament finally did meet on 25 March, it was immediately adjourned without any business conducted at all. Further adjournments followed on 28 March after the opposition was finally granted leave to move the resolution, and on 31 March merely minutes into the debate on it.

Simultaneously, Khan began to allege that the no-confidence motion was the result of a conspiracy between the opposition and the United States to subvert his “independent foreign policy”, but the claims proved largely baseless and gained no traction. With the public defection of several of his coalition partners, his government was reduced to a clear minority. Determined to avoid the vote, finally scheduled for 3 April 2022, the government brought its accusations of conspiracy into the Assembly, claiming the motion was contrary to Article 5 of the Constitution, which enjoins citizens in generic terms to obey the Constitution.

Deputy Speaker Qasim Khan Suri – a blatant PTI partisan – accepted this at once, dismissed the motion, and prorogued the Assembly.

Liberated from a constitutional prohibition on issuing a recommendation to dissolve the National Assembly as long as a motion of no confidence was pending against him, Khan called on President Arif Alvi to recommend dissolution and new elections. Alvi immediately obliged, although the Election Commission later stated that it would be incapable of conducting elections within 90 days as stipulated by the Constitution. Pakistan was thus set for a prolonged period of political instability under a caretaker administration of weak legitimacy, with the will of the clear parliamentary majority thwarted.

An Open-and-Shut Case behind a Jurisdictional Hurdle

The Supreme Court took suo motu cognisance of the constitutional situation on 3 April itself (this is a procedure wherein the Court takes the initiative to start proceedings itself, rather than waiting for petitions). First, it was faced with a formidable jurisdictional issue in the form of Article 69 of the Constitution, which makes the actions of parliamentary officeholders in the exercise of their duties, as well as parliamentary proceedings questioned on the ground of procedural irregularities, invulnerable to judicial review. A strictly positivist interpretation of this provision, strongly urged by the government side, would have approved the legal effect of Suri’s ruling by virtue of the Court’s lack of jurisdiction over it, which would in turn have made all actions emanating from it lawful. Such a view, while a valid reading of the constitutional text, would have declared open season for the demolition of parliamentary accountability by the rulings of presiding officers.

On the merits, the government’s case was close to indefensible. No other provision of the Constitution or the Assembly’s Rules of Procedure gave Suri a legal basis to use the broadly worded Article 5 in this way or dismiss a tabled motion at all – Article 95(2) of the former and Rule 37(6) of the latter clearly state that the motion is to be voted on within seven days, and Rule 37(8) explicitly prohibits the prorogation of the Assembly while one is pending. (The Attorney General resorted to downright amateurish arguments, such as the contention that the motion lapsed immediately upon its introduction since fewer than a majority of MNAs voted for it to be tabled, going against the clear wording of the Constitution that requires only one fifth of MNAs to move a resolution.) More importantly, it is logically inevitable that the clear illegality of Suri’s ruling leads to the invalidity of the PM’s advice to the President, the resulting dissolution and new elections. The remedy is similarly clear – the restoration of the dissolved Assembly and a vote on the motion.

The Court ruled that it had jurisdiction, notwithstanding Article 69 – the reasoning on this is not contained in the present Short Order and will be a crucial aspect of analysis in the forthcoming detailed judgement – and, unsurprisingly, that Suri’s order was illegal. In the event, in an exemplarily clear and unambiguous judgement – drafted by Chief Justice Umar Ata Bandial and endorsed unanimously – it also followed up with the logical consequences. Thus, the motion of no confidence was held to have remained pending at all times; Imran Khan was therefore incapable of issuing a recommendation to dissolve the Assembly under Article 58(1) of the Constitution; since the operative legal act under that article is the Prime Minister’s advice, the dissolution was consequently null and void; as were all steps taken to install an interim administration and call elections; the National Assembly accordingly remained in session and may not be prorogued until voting on the motion. The Speaker was ordered to reconvene the Assembly by 9 April 2022 at latest and hold a vote. On that day, uncertainty persisted further with last-minute delaying tactics, the resignation of the Speaker and a now-moot review petition filed with the Supreme Court, but the order was finally implemented in its substance after a brief delay.

Nonetheless, the exact outcome was far from certain, with realistic possibilities not confined to the logically evident rulings of either no jurisdiction or restoration of the Assembly. This is due to the historical context of the judgement, which gives it much of its significance from a legal point of view.

Away from a Checkered History?

The failure of the judiciary to act effectively against Pakistan’s military dictators is well known. The then-Federal Court approved the dismissal of the country’s first Constituent Assembly and subsequent usurpation of legislative powers by the Governor General.1) Acceptance of one-man rule under the doctrines of state necessity and salus populi suprema lex peaked in State v. Dosso2) not only legitimated Ayub Khan’s dictatorship but influenced courts around the world to go along with coups d’état.3) Having moderately backed away from Dosso to hold the short-lived, genocidal regime of Yahya Khan illegal after its collapse,4) the Supreme Court was more circumspect in signing off on the coups d’état of Zia ul-Huq in 1977 and Pervez Musharraf in 1999, recognising progressively greater limits on military rule – still, these limits remained largely theoretical and did not meaningfully provide a check on their dictatorships.

Even during Pakistan’s turbulent period of civilian rule from 1988 to 1999, the courts failed to reliably protect constitutionally elected governments against arbitrary presidential dismissal, delivering an erratic and inconsistent series of rulings that varied wildly in their interpretations of the relevant constitutional provision, clearly tainted by party-political bias.5) On two occasions, the Supreme Court allowed hostile presidents to dissolve the National Assembly and terminate governments headed by Prime Minister Benazir Bhutto, departing from prior precedent to apply only extremely loose scrutiny to the grounds cited.6) However, even when a dissolution – one of the last acts of Zia ul-Huq before his death, supported by farcically general allegations – was ruled unconstitutional in Federation of Pakistan v. Haji Muhammad Saifullah Khan,7) the Court allowed elections to go forward instead of restoring the old Assembly, inter alia for nebulous reasons of “national interest”.

In the five days of hearings on Suo Motu Case 1 of 2022, the shadows of Saifullah and the doctrine of state necessity loomed large, with judges contemplating “middle-ground” solutions in the “national interest”, hesitating on whether to restore the National Assembly or allow elections to proceed. Chief Justice Bandial’s bench has ultimately made the courageous and correct choice to unambiguously defend parliamentarism. However, whether this signals a clean break with past failures is unclear.

It is instructive to note here the ambiguous afterlife of the two other instances in which the Supreme Court did move to effectively counteract an interference with constitutional government – in 1993, overturning the dissolution of the National Assembly and restoring it along with Nawaz Sharif’s first government,8) and in 2007, when it issued an injunction to prevent General Musharraf from declaring a state of emergency.9) For reasons beyond the court’s control (indirect and direct military intervention, respectively), neither judgement was the final word on the day’s political crisis. The Court, however, also reverted to a less salutary role in each case, approving Benazir Bhutto’s second dismissal and Musharraf’s coup at the turn of the century, and facilitating on doubtful grounds the removal of elected governments struggling to impose civilian supremacy in the 2010s.

Faced with a call by an advocate to “fiat justitia, ruat coelum” in Saifullah, a justice replied that “justice should be done, in such a manner that the heavens should not fall.”10) The ruling of 7 April fulfilled the imperative to do justice, so that the heavens do not fall. As Pakistani democracy continues on the difficult road towards consolidation, the Supreme Court must proceed in the same spirit. 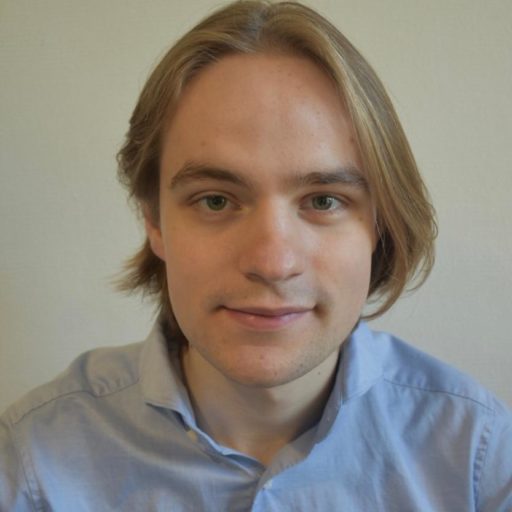 Other posts about this region:
Pakistan No Comments Join the discussion
Go to Top