A Bolsonarist Cat Among the Pigeons

While the election of Kassio Nunes Marques in September 2020 was initially met with relief by some as he had no known links to the government, the new justice of Brazil’s Supreme Federal Tribunal (STF) has since demonstrated his fidelity to the president that elected him. Jair Bolsonaro is well known since his time as an MP for his disregard for the norms of politics, whether eulogising a torturer of left-wing activists as a national hero or telling a fellow MP he would not deign to rape her. But what is most concerning is how Bolsonaro might use the powers of his office to weaken Brazilian democracy or even return it to the dark ages of dictatorship.

The role of the STF as an institutional counterweight within Brazilian democracy has been highlighted in this situation, in particular through its opening of an investigation into the president’s conduct. Exactly for this reason, it is worrying that Nunes Marques has used his position to support both Bolsonaro and the established political class, especially through his weakening of corruption laws and convictions. This could have a significant role in the future of Brazil given his likely being the deciding vote in an upcoming case on the existing conviction of former president Luiz Inácio Lula da Silva. It is thus vital to address the ways he is using his jurisprudence to undermine democratic institutions and watch out for further attempted exploitation of the legitimacy of the court.

Since his election, Jair Bolsonaro has shown all the hallmarks of the prototypical strongman, not the least by espousing support for the previous military dictatorship. In his first year, there were significant fears about what he would do with his presidential office. Yet there has since been a distinct lack of success for his attempts to entrench himself in power, a phenomenon with many potential explanations. The fragmented parliamentary structure of Brazil has been held up as a mitigating factor in preventing the kind of parliamentary dominance used to entrench anti-democrats in power. Just as importantly, in this context, has been the decision of the STF to open an investigation over allegations that Bolsonaro interfered with Brazil’s Federal Police, one that was later widened to include an online disinformation campaign by Bolsonaro’s son.

The STF has thus been unafraid to use its standing to thwart the president in his more egregious attempts to abuse his power and warp the electoral playing field. This proactive approach is in line with previous behaviour from a typically activist court within the political arena, and one that does not intend to quietly sit back and allow an authoritarian takeover. In similar situations of judicial non-compliance, the world has in recent times seen the sidelining of supreme or constitutional courts, as is the case in Hungary or Poland. A typical method for ensuring fidelity of the court is the replacement of judges with loyalists who can be controlled. So, one might see this as an option for Bolsonaro.

However, Bolsonaro has to date only managed to install one justice, Kassio Nunes Marques, among the eleven justices of the court. This choice initially surprised observers, given Nunes Marques had no previous links to Bolsonaro. Some even reasoned that Bolsonaro might be offering an olive branch to the Supreme Court, given his conflict with the institution and the ongoing investigation. Warning bells concerning the character of the justice should have sounded when first one, then a second, university clarified that the post-doctoral studies Nunes Marques had reported in his CV were largely fabricated.

Nevertheless, and perhaps given his apparent lack of ties to Bolsonaro, Nunes Marques was confirmed by the Brazilian Senate with a large majority. Yet since his appointment Nunes Marques has shown an affinity for the positions of the government. This raises some ugly questions about the reasons for his nomination by Bolsonaro and the respect he is due as a member of Brazil’s highest court. It is also worth pointing out some of the ways in which he is supporting the government in his role as a justice.

Unfortunately, a possible explanation does arise when considering the fact that the current President of the Senate has only served one term and would therefore be able to serve for another. This Senate President is non-coincidentally a bigger supporter of Jair Bolsonaro than his House counterpart. In light of Nunes Marques’ seeming support of Bolsonaro, this could be just as easily read as an attempt to ensure the Bolsonaro-backed incumbent could stay in office for the next two years of his presidency.

This is just one of a series of decisions where Nunes Marques has established himself as an outlier on the STF. Elsewhere, Nunes Marques has been celebrated by Bolsonaro himself for being the deciding vote denying lovers the right to a share of the pension from a deceased person. He has also used procedural techniques to stifle a debate on the ability for Bolsonaro to block his followers on social media, a move his fellow judges had termed anti-republican or an example of censorship.

Furthermore, in one of the ‘monocratic’, or individual, decisions that make up a large proportion of the caseloads of STF justices, Nunes Marques suspended a portion of the “Lei da Ficha Limpa” (Law of the Clean Slate), which prevents persons convicted of certain crimes from running for elected office. This ruling baffled his fellow judges, given there had been previous rulings by the STF on the issue already, and it is widely expected to be overturned by a sitting of the court en banc. Yet even at this early stage, Nunes Marques shows worrying signs of being favourable to a president with little respect for democracy, and his position grants him the ability to exert influence on his behalf.

Finally, in an upcoming case that will decide the fate of former president Luiz Inácio Lula da Silva, Nunes Marques will likely be the deciding vote. He could side against Lula, preventing him from running in the election and removing a potentially strong opponent for Bolsonaro. But, if previous votes are an indication, he will side with two of his colleagues who have been critical of the handling of the largescale “Lava Jato” (Car Wash) investigation. The quashing of Lula’s conviction due to partiality is something Bolsonaro may ultimately not be opposed to, with the Brazilian Workers’ Party considered predictable and fragile by some in his camp.

This is certainly a complicated legal dispute – strictly speaking, Lula has cause to challenge his conviction given the coaching of the prosecution by the sentencing judge, Sérgio Moro. The investigation has been criticised more generally for its focus on left-wing politicians more than their right-wing counterparts. But, given Nunes Marques’ previous judicial form, this presents him with another, more general opportunity to rule on the conflict between corrupt politicians and those who would hold them to account.

The Importance of Institutional Design

Thankfully, barring misfortune, Bolsonaro will only be able to make a second nomination in his current term and, in the event that he wins a second term, a further two once the respective justices’ terms expire. This is an example for the kind of institutional stability that lifelong terms (with a retirement age of 75, in this case) can grant. A single president in Brazil, hemmed in by the constitutional limitation of two terms back-to-back, will rarely have the power to create a ‘loyal’ majority on the court by themself.

Naturally, this fact alone should not make anyone too calm about the possibility of Bolsonaro engaging in other attacks on Brazilian democracy. In contrast to Hungary or Poland, however, he will be unable to turn the Supreme Court into a rubber-stamp body for the foreseeable future. Nonetheless, it is important to acknowledge and draw attention to actions such as those of Judge Nunes Marques, and to keep vigilant for the creeping undermining of democracy through judicial legitimation. 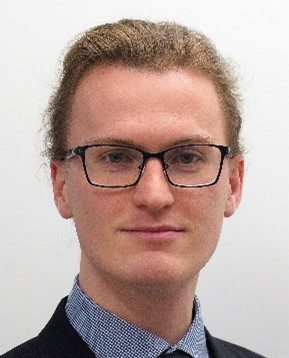 Other posts about this region:
Brazil 2 comments Join the discussion
pixel_not_set
Go to Top