Democracy in Brazil is under attack and facing a significant level of backsliding. The developments in recent years, from Dilma Rousseff’s parliamentary coup to Jair Bolsonaro’s ascent to power, have shown that democracy erodes in an incremental process. Lawmaker Eduardo Bolsonaro has recently taken another step in that direction when he publicly suggested that a 1964-1985 dictatorship’s decree should be repeated in case the Brazilian left-wing movements took a more radical position. His statements are prohibited under Brazilian law and Brazil’s institutions need to hold Eduardo Bolsonaro accountable in order to put brakes on the country’s democratic decline.

Eduardo Bolsonaro is not only one of President Jair Bolsonaro’s sons and leader of his father’s political party (PSL) in the House of Representatives but also a federal representative who received the highest number of votes for this office in the past 2018 elections. He is an influential political figure, especially in social media, and it thus does not come as a surprise that his remarks on the 1968 decree generated a fierce debate and were criticized by representatives from all over the political spectrum.

In historical context, Eduardo Bolsonaro’s statements are not only politically reprehensible but also unconstitutional and illegal, as there are binding norms that warrant the exoneration of the representative by the House of Representatives, without affecting further liability.

Defending the abolishment of the constitutional order

From the very beginning, the Brazilian dictatorship of 1964-1985 exercised its power through illegal methods and crimes against humanity, such as torture, forced disappearance or extrajudicial killings. However, historians have characterized the phase that followed the enactment of the Fifth Institutional Act of 1968 (hereafter AI-5) as much more severe than the initial years. Under the pretense of responding to the growing organization of leftist armed groups, dictator Costa e Silva’s government enacted the AI-5, following a practice that started right in 1964. ‘Institutional acts’ did not have a constitutional or legal basis: they were opposed to such norms, ordered by the military government and only had the purpose of publicizing what the government was intending to do. The power to enact institutional acts was supposedly grounded in a doctrine of continued constituent power, which was pronounced in the Preamble of the Second Institutional Act in the following terms:

“One has not said that the revolution was, but that it is still in process and shall continue. Thus, its constituent power is not exhausted, for it is a part of the revolutionary process, which must be dynamic to achieve its goals.”

The AI-5, enacted in 1968 under this doctrine, led to the closure of the National Congress and the suspension of the writ of habeas corpus for political crimes. It made judicial review opposing its content impossible. Several political opponents were stripped of their political rights and offices. Public servants and university professors were expelled from their positions. It is, by far, the most odious government decree in the entire political history of Brazil.

Following these exceptional measures, in 1969, the already institutionalized repressive apparatus went further in its cruelty when companies and businessmen financially supported the scheme, in what was known as the Operação Bandeirante (Bandeirante Operation). Centers of torture were fortified and the commitment of crimes against humanity became a systematic activity. One of these centers was commanded by Colonel Brilhante Ustra, who Jair Bolsonaro praised in his vote on the House of Representative’s authorization to launch the impeachment trial against Dilma Rousseff. His son posted this video right after his statements on the 1968 decree.

No immunity of speech

Following his statements, Eduardo Bolsonaro himself, his brother Flávio Bolsonaro (who is a Senator of the Republic) and the Federal General Prosecutor Augusto Aras (who was nominated by Jair Bolsonaro) declared that his utterances were protected by the immunity of speech clause of article 53 of the 1988 Constitution. The Speaker of the House of Representatives, a center-right politician, on the contrary, argued for the punishment of the lawmaker.

The Brazilian Constitution of 1988, in several of its provisions, demands respect for both the constitutional rule of law (article 1º, caput, number V and sole paragraph; article 5º, number XLIV; article 17; article 34, number VII, letter “a”; article 91; article 127; article 134) and human rights (article 4º, number II; article 5º, paragraph 3º; article 109, paragraph 5º; article 134; article 7º of the Act of Transitory Constitutional Provisions). It is illogical and contradictory to argue that article 53 would protect legislators who put the basis of the democratic-constitutional system into question. It amounts to an abuse of power that must be promptly sanctioned by the House of Representatives.

According to Article 55, number II, of the 1988 Brazilian Constitution the legislative mandate of the lawmaker who has their conduct declared incompatible with parliamentary decorum can be revoked. The procedure must be conducted by the House of Representatives Ethics Council. If the representative is condemned, it is the duty of the board of the house to declare the revocation.

The Brazilian Supreme Court’s (STF) case record on the subject of immunity of speech includes the acceptance of a criminal procedure against the now President and former lawmaker Jair Bolsonaro, Eduardo’s father. The STF’s ruling rejects the protection of the speech clause in a threat made by Jair Bolsonaro against a lawmaker colleague that he would not rape her because she was too ugly. The STF stated that the declaration had no connection with the legislative representation. In this sense, Jair Bolsonaro shall be prosecuted for apology of crimes and slander. The ruling can act as a guidance to the House of Representatives, showing that clearly opposing the legal order (or worse, asking for its removal) are not protected by the immunity of speech.

A violation of the National Security Law

Eduardo Bolsonaro’s statements also violate the Brazilian National Security Act, Law nº 7.170 of 1983 which was enacted at the end of the dictatorship. The law is still animated by the national security doctrine that permeated most of the repressive agenda. Nonetheless, it has been interpreted under the Brazilian Constitution of 1988 as a statute that protects the state against coups and threats to the existence of the constitutional order. In this sense, article 22, numbers I and II, prohibits propaganda aiming at changing the political and social order. Article 23, number II, also proscribes the incitement to animosity within the Armed Forces or between them and the civil institutions. These acts are all criminally sanctioned. This interpretation is accepted by the Federal Prosecutors Office on Criminal Law, to whom praising the dictatorship is tantamount to violating the National Security Law, the Impeachable Offenses Act (Law 1.079/1950) and the Brazilian Criminal Code (article 287).

This means that the Presidential Office has a special duty to uphold and abide by the mentioned legislation. But what is happening is precisely the contrary. Members of the cabinet have either supported or abstained from criticizing the declarations. The head of the Institutional Security Cabinet, General Augusto Heleno, said that there should be a ‘study’ on how to re-enact the AI-5. General Villas-Bôas has more than once threatened the STF, one time pressing for former President Lula’s imprisonment, another time positioning against his feasible release.

In the recently published 2019 V-DEM report Brazil is named alongside India, the United States, Bulgaria, Poland and Hungary in the “third wave of autocracy”.

In fact, however, and considering the distinction made by Ginsburg and Huq, recent developments put Brazil among countries where the slow and incremental character of democratic erosion is confronted with threats of collapse. Jair Bolsonaro has been associated with the criminal investigation into the murder of Rio de Janeiro’s City Council representative Marielle Franco and declared that he interfered with the criminal inquiry by manipulating evidence that would have shown that one of the assassins had contact with members of his family on the same day Marielle Franco was murdered. Although the inquiry is still ongoing, the connections of Bolsonaro’s family with Rio’s militias (or paramilitary groups) have been causing perplexity. Apart from the question whether the Bolsonaro family was in fact involved in the assassination, Brazil’s constitutional democracy has a huge problem when its foundations are ignored by the same authorities that should protect it.

Jair Bolsonaro’s inclinations to authoritarianism, however, are only getting clearer with each day. Only a couple of days ago, he cut the federal organs’ subscriptions to a newspaper that has been critical towards his government and threatened the Brazilian major TV broadcasting company, TV Globo, with vetoing its public license.

The good news is that Eduardo Bolsonaro will face a criminal procedure before the Brazilian Supreme Court for his statements on the 1968 decree. But federal representatives who support the government are already working on creating the conditions for a court packing of the Brazilian STF. Brazilian institutions must answer quickly to these and other serious measures in order to halt the deterioration of the country’s democracy. 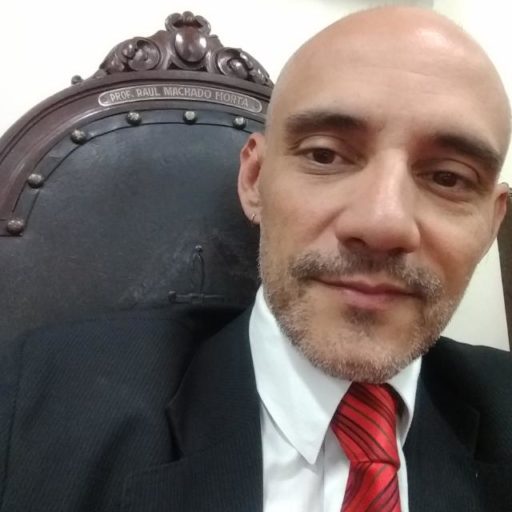 Marcelo Cattoni Marcelo Cattoni is Full Professor of Constitutional Law at the Federal University of Minas Gerais, Brazil, and Research Fellow of the Brazilian National Council for Scientific and Technological Development (CNPq).