The results of the third nation-wide referendum in the United Kingdom are still sinking in at home and around the world. Just below 52% voted to leave the European Union, just over 48% voted to remain. The widespread conclusion is that the UK must leave the EU.

But there is another way of reading the result. The United Kingdom is not a centralised state. It is a ‘family of nations’. There is a strong case for arguing that the referendum carries only if a majority of voters in all four nations respectively give their backing. England and Wales voted to leave, but Scotland and Northern Ireland voted to remain. Recognising that split is not a matter of shifting the goalposts after the fact. It is about respecting an established, indeed a compelling constitutional order.

Before Westminster politicians think about the practicalities of withdrawing from the EU, they urgently need to address the constitutional consequences. What is the overriding objective? To give legal effect to the will of the UK electorate as expressed in an advisory referendum? Or to preserve the United Kingdom, which is split 2:2?

The strongest case against EU withdrawal is that it is not in the UK’s interest. On that view, an overriding state interest is invoked not to disregard the will of the people, but to recognise that the result divides the constituent parts of the United Kingdom. Abrogation of the Scottish and Northern Irish results would violate the principle of formal co-equality among the four British nations. That stance almost eagerly invites Irish republicans to re-unify Ireland and Scottish nationalists to launch a second independence referendum.

Of course, if the overriding objective is to give legal effect to the overall numerical tally and withdraw from the EU, then the Westminster Parliament must first overcome several obstacles before it can dedicate itself completely to the Brexit negotiations. It must repeal the European Communities Act 1972 by which it became a member state. It must also amend the devolution legislation for Scotland and Northern Ireland. EU law is incorporated directly into the devolution statutes in Scotland, Wales and Northern Ireland. Section 29(2)(d) of the Scotland Act 1998, for example, provides that acts of the Scottish Parliament that are incompatible with EU law are ‘not law’. A similar provision, section 6(2)(d), appears in the Northern Ireland Act 1998. Indeed, the status of the UK and Ireland as EU member states and signatories to the European Convention on Human Rights was fundamental to the negotiation of the Belfast or ‘Good Friday’ Agreement.

Amending the devolution legislation would be technically easy, but politically hazardous. It would add fuel to the fire stoked up by Scottish demands for independence. It would place ‘a bomb under the Irish peace process’. If Westminster is serious about Brexit it will have to terminate the devolution settlement it has so carefully crafted since before 1997. There is no way for Westminster to avoid negotiating with Edinburgh, Cardiff and Belfast in addition to Brussels, and there is no way for the UK as a whole to survive this process intact.

The integration of the devolved nations within the UK’s constitutional framework means that their consent needs to be sought. The 62% of voters in Scotland, and the 55.8% in Northern Ireland, who voted to remain EU members have turned their nations into veto powers. If either declines, the UK as a whole cannot proceed with Brexit negotiations in any constitutionally plausible way.

The United Kingdom is no longer a centralised state, if it ever was. The devolution arrangements have changed the UK’s constitutional settlement. The old Westminster axis of power has become diffuse through power-sharing agreements with Edinburgh, Cardiff, and Belfast. People who voted Leave may ‘want their country back’, but their country has transformed over the last twenty years.

Under the current arrangements it would be perfectly possible for the family of four nations, acting collectively, to withdraw from the European Union. However, in the absence of unanimity and with awareness of a very delicate situation in Scotland and Northern Ireland, the next Prime Minister and the Westminster Parliament should not divert all political resources to make this purely advisory referendum legally binding. They must channel all resources to keep the Kingdom whole. 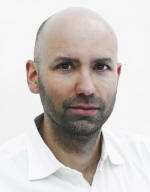