A new chance for democracy in Moldova

The ups and downs of Moldova’s early parliamentary elections process

On 11 July 2021, Moldovans elected the 11th legislature of the country and, for the first time, voted overwhelmingly for a pro-Western political party. The Party of Action and Solidarity (PAS) won the elections with 52.8 percent and obtained the majority of seats in parliament. The results are proof of a high desire for change in Moldova, and a reorientation towards Europe. The elections came after a months-long tug of war between the pro-Western and the Socialist political forces, involving attempts by both parties to politicize the Constitutional Court and the Central Electoral Commission. These partially successful efforts of political subordination of state institutions, that theoretically should be impartial and independent, show the need for structural reforms Moldova.

The election of Maia Sandu and the dismissal of parliament

The desire for fundamental political change in Moldova became apparent with the election of the pro-Western Maia Sandu as President in November 2020. She was also the first woman elected to the office. First on her agenda for a ‘better time’ for Moldova was the dissolution of the 10th legislature which was dominated by the pro-Russian ex-President Dodon’s Socialist party.

Initially, triggering early parliamentary elections seemed to be an easy task since all political actors were in favour of it. The demission of the government on 23 December 2020, followed by the failure of parliament to name a new government, was the only possible way to trigger the dissolution of the parliament. However, the Socialist Party changed its stance after the government demission and became a consistent opponent to the process. Because of the Covid-19 pandemic and its effects on Moldova’s economy and health system, the Socialists and their allies insisted on the need to appoint an anti-crisis government, and consequently, to postpone the parliament dissolution. However, behind this official argument was their acknowledgement of the fact that in the event of early parliamentary elections, they would lose their power as the popular support was clearly toward the new President and her political party.

The Constitutional Court impact on the parliament dissolution process

From January to March 2021, the Constitutional Court (CC) became a battlefield for the political parties and the presidency in their quest for or against parliament dissolution and the organization of early parliamentary elections. Two actions before the CC warrant closer examination.

According to Article 85 of the Constitution, the President of the Republic of Mol­dova, following consultations with parliamen­tary fractions, may dissolve Parliament before the end of the four-year term ‘in the event of impossibility to form the Government or in case of blocking up the pro­cedure of adopting the laws for a period of 3 months’, and ‘if it has not accepted the vote of confidence for setting up of the new Government within 45 days fol­lowing the first request and only upon declin­ing at least two requests of investiture.’ Consequently, if parliament cannot name a new government after at least two attempts, it will be dissolved. No other grounds are foreseen by the Constitution.

Under Article 98 (1) of the Constitution, the President ‘designates a candidate for the office of Prime-Minister following consultations with parliamentary fractions.’ However, given the existence of a potential left-wing majority in the parliament, President Sandu was not in a rush to start the consultations with the parliamentary fractions and consequently, to name a new candidate for Prime-Minister. The presidency and PAS were looking for ways of dissolving the parliament without triggering Article 85 as there were suspicions that the Socialists and their allies would vote in favour of prospective cabinet in order to avoid the parliament dissolution.

Following from this, but not without surprise, PAS asked the CC whether the parliament could dissolve itself. While such a procedure is foreseen in some other countries, the Moldovan legislation does not provide this possibility. Consequently, the CC, following the letter and spirit of the Constitution, declared the action inadmissible and referred to the exhaustive conditions for parliament dissolution mentioned in Article 85. Then why did PAS bring this action before the CC when its negative answer was clearly foreseeable? In presenting such action before the CC, PAS was counting on an extensive interpretation of the Constitution in light of the Declaration on the recognition of the captive character of the Republic of Moldova, adopted in unanimity by the Moldovan parliament on 8 June 2019. The Declaration states, among other things, that ‘the state and legal institutions of the country have been captured’ and that ‘the citizens of this country are suffocated by endemic corruption, theft, the illicit privatization of public assets, the oligarchy’s total control over the judicial system and numerous attacks on citizens’ rights and freedoms’. Indeed, this acknowledged factual situation asks for urgent actions and reforms. However, it cannot constitute a legal ground for parliament dissolution. As the CC explicitly stated, the only grounds for parliament dissolution are those enshrined in Article 85. Nonetheless, as a matter of constitutional reform which is contemplated by the new parliamentary majority, a new path to parliamentary dissolution could be envisaged.

Consequently, after two failed attempts at appointing a new government, the CC, in its Opinion No 1 from 15 April 2021, established the existence of the legal premises to trigger early parliamentary elections. Following this, on 28 April 2021, President Sandu signed the decree on parliament dissolution.

Once the date for early parliamentary elections was set, all attention turned to the Central Electoral Commission (CEC) – the state institution mandated to organize the electoral process. One of the main issues that the CEC has been tasked with is resolving the number of polling stations to open abroad. In the last presidential elections, the diaspora vote was decisive in ensuring a clear victory for the pro-Western candidate Sandu. Given its massive participation and clear anti-Socialist preference, some political actors, as well as the CEC, have attempted to diminish the number of polling stations abroad. Although the Ministry of Foreign Affairs and European Integration (MFAEI) advised the opening of 191 polling stations for the diaspora, in its first decision, CEC decided that 139 stations will suffice. Severely criticized by some political actors and civil society, the CEC revised its decision and disposed the opening of 146 polling stations. This decision was contested before the Court of Appeal of Chisinau (CAC). In its decision, CAC annulled the CEC’s previous decisions and asked the CEC to open no less than 191 polling stations, per the MFAEI recommendation. The CEC unsuccessfully appealed the CAC decision before the Supreme Court of Justice (SCJ). However, despite the judicial decisions, the CEC opted for a compromise solution and decided to open 150 polling stations abroad.

Two legal issues come up when looking at the CEC and diaspora saga. First, regarding the legality of opening 150 polling stations abroad. This decision contravenes Article 31 (4) of the Electoral Code according to which upon the establishment of polling stations abroad the following criteria shall be taken into account: (1) the voters’ turnout during the previous elections; (2) information obtained following the preliminary registration of Moldovan citizens residing abroad; (3) information held by relevant authorities regarding the number of Moldovans living abroad. According to the existent data, approximately 782,700 Moldovans live abroad, which constitute 20-30 percent of the population. The number of the preliminary registered Moldovans was approximately 100.000, which considerably surpasses the registrations for the presidential elections. Considering the massive participation of the diaspora in the presidential elections, it is reasonable to question whether the CEC’s decision is in compliance with the Electoral Code. The presidential elections proved that 139 polling stations abroad were not sufficient to ensure a free and democratic electoral process. Moreover, CEC had not executed the above-mentioned CAC/SCJ decision, and no action was taken. Is the CEC free to act arbitrarily and not execute a final judicial decision? Legally speaking, the CEC shall execute the CAC decision. The execution of a final judicial decision is compulsory and should be done in a reasonable period. Nonetheless, factually it did not happen which shows the existence of systemic problems in the state structures such as political control, non-compliance and the need for substantial reforms.

Second, the CEC decision to open fewer polling stations abroad than advised interferes with citizens’ right to vote enshrined in Article 38 of the Constitution and Electoral Code. The exercise of this right shall be ensured not only on the territory under Moldovan authorities’ jurisdiction but also abroad. It is true that the right to vote is not absolute, and may be restricted. International law and standards prescribe state obligation to organize free and democratic elections on the territory controlled by the governmental authorities. The state is free to decide whether or not to grant such rights to its citizens living abroad. Given the impressive number of Moldovans residing abroad, and the importance of the remittances for the national budget (approx. 15 percent of the GDP), Moldovan authorities involve diaspora in the political processes in the country. Consequently, the state has the positive obligation to ensure the exercise of the right to vote of Moldovans living abroad.

The long way to reform

Moldova is a relatively young democracy, a democracy that inherited heavy baggage from its Soviet past. This includes the political subordination of state institutions that theoretically should maintain their impartiality and independence. The ups and downs of the early parliamentary elections process proved once again the need for comprehensive changes at the institutional and regulatory level. There are many expectations from the president, PAS and the upcoming government. PAS’s anti-corruption and reformatory discourse granted the party a clear win in the parliamentary elections. The confidence vote offered to a pro-European party apart from its pragmatic nature, it is also highly symbolic. It shows a shift in the political ideology of the Moldovan electorate and a great desire for change. It is difficult to say whether PAS’s commitment for change and reform will be successful. Certain is that for the first time, the vote of the people of Moldova was a vote anti-corruption and anti-system. However, the system opposes the change. To achieve a certain degree of success, it is not sufficient to undertake some structural reforms. It is necessary to change the mentality of people, and this is a process that takes more than 4 years.

Other posts about this region:
Moldova 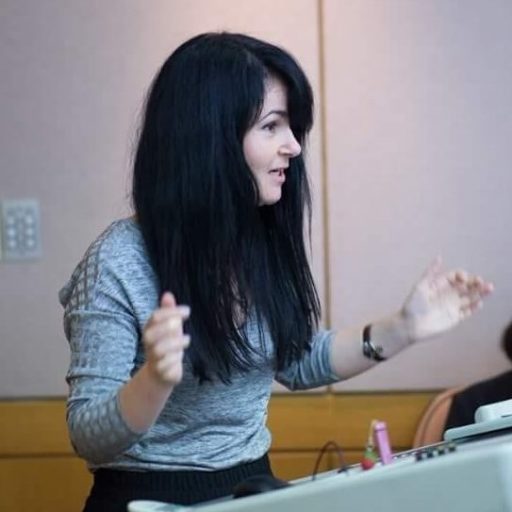 Lucia Leontiev Lucia Leontiev is a PhD candidate in international and human rights law at Sant’Anna School of Advanced Studies of Pisa (Italy) and Maastricht University.

Other posts about this region:
Moldova No Comments Join the discussion
Go to Top